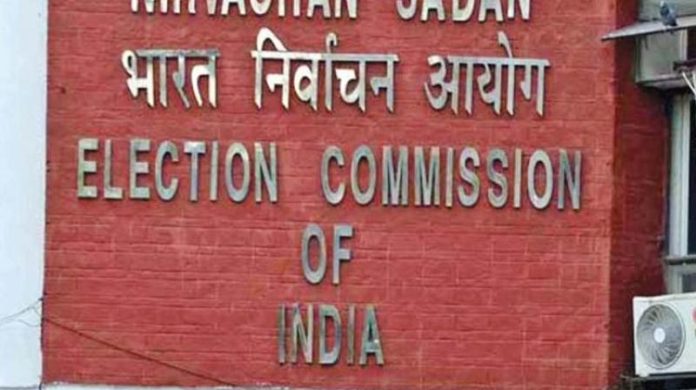 Recently, Prime Minister Modi had mooted the proposal of holding early elections, but the political leadership of both states don’t know when and if this will happen.

Though not surprised at the Election Commissioner statement hinting at the holding of simultaneous polls for both the Lok Sabha and state Assemblies, the political leadership in Telangana state and Andhra Pradesh is hoping this will not happen without arriving at a political consensus.

Prime Minister Narendra Modi had mooted the proposal sometime ago, but the political leadership of both Telugu states don’t know when and if this will happen.

A senior Telugu Desam functionary in Andhra Pradesh said, “We are not aware how and when it will happen. We expect Prime Minister Modi to speak to Chief Minister Chandrababu Naidu and Telangana CM KCR before taking a final call on the issue.”

TRS MP Vinod Kumar said: “We have not formed an opinion on this move yet. We know this has been on the cards for sometime now, but we think without political consensus on the issue it is not possible.”

Under the law, the Election Commission can hold elections up to six months before the term of the Assembly ends. This means polls can be advanced to January 2019. If they need to be advanced, either the Centre must bring in a constitutional amendment and make changes in the Representation of the People’s Act, or the Governor must dissolve the Assembly on the recommendation of the state Cabinet. This applies even for the Lok Sabha.

“We don’t know anything of the Prime Minister’s moves in this direction, either for bringing in amendments to allow simultaneous polls, or convincing Chief Ministers to pave the way for early dissolution of the Assemblies. For both the things it requires a political consensus,” Vinod Kumar said.

The plan has not gone down well with most TRS members in Telangana and Telugu Desam Party members in Andhra Pradesh.

A Telengana minister said: “We have promised that several things will be completed by the 2019 elections, like Mission Bhagiratha and the Kaleswaram project. We cannot face the electorate without completing this work.”

ALSO READ:  Now, UP Govt Plans To Package And Sell 'Cow Urine' As A ‘Health Drink’

The Polavaram project in AP may not be completed before September 2018, so the party sentiment in that state is likely to be the same. #KhabarLive