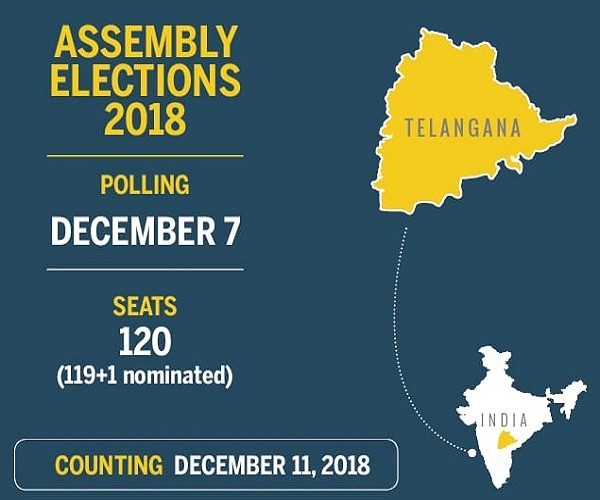 The campaigning period for the Assembly elections is usually less than 30 days, but this time it has stretched to 90. The TRS nominated 105 candidates immediately after the dissolution of the Assembly, and they had to start their campaign right away.

The campaigning period for the Assembly elections is usually less than 30 days, but this time it has stretched to 90.

The TRS nominated 105 candidates immediately after the dissolution of the Assembly, and they had to start their campaign right away. Each candidate is spending about Rs 1 lakh per day now.

A candidate said, “At present, about 200 workers follow us during the campaign. We have to provide breakfast, lunch and dinner in addition to liquor. We have to pay to hire the vehicles.”

Those wanting a ticket from the Congress and other Opposition parties are luckier, because they have not had to open their purse strings yet.

Right now, only the chosen candidates are campaigning in their constituencies. Once the election notification is issued on November 12, the canvassing will intensify for the December 7 election with other parties announcing their candidates.

Once candidates have filed their nomination papers, they will have to campaign at mandal-level, and provide vehicles and pay for other expenses of their followers. The daily expenditure can reach Rs 3 lakh, which they have to pay themselves. Political parties are assessing the total election expenditure for each candidate to be about Rs 10 crore. If a candidate in any constituency is rich, his/ her rivals may have to fork out Rs 15 crore to Rs 20 crore to compete.

According to the Centre for Media Studies (CMS), in the recent Karnataka Assembly elections the money spent by various political parties and their candidates was in the range of Rs 9,500 crore to Rs 10,500 crore, which is more than twice what was spent in the previous Assembly election in the state in 2013. The upcoming assembly elections are expected to create a record in terms of election expenditure.

According to Section 77 of the Representation of People’s Act 1951, every candidate has to keep a separate and correct account of all expenditure in connection with the election and has to submit it to the Election Commission.

The total of the said expenditure shall not exceed such amount as prescribed. But it is a well-known fact that candidates fudge the figures and submit expenditure details as per the cap decided by the Election Commission. #KhabarLive