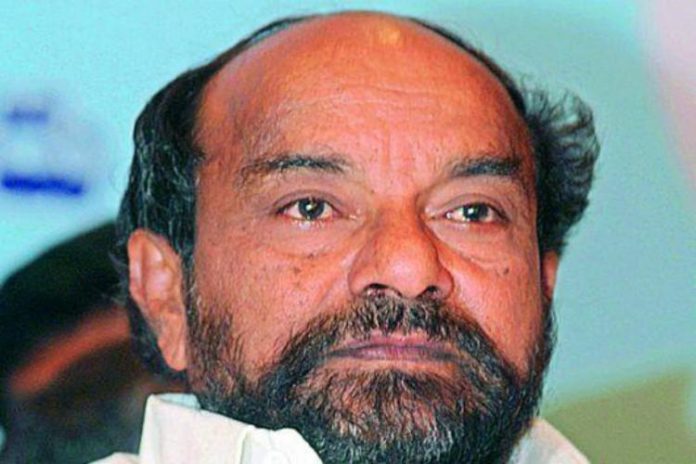 In a major blow to the Telugu Desam Party (TDP) in Telangana, prominent BC leader and MLA R Krishnaiah, who is the face of the BC community, is reported to be quitting the party.

The TDP MLA is likely to float a new party before the next Assembly elections or join the Telangana Rashtra Samithi (TRS), both detrimental to the future of the TDP in Telangana.

The Telangana TDP is facing an existential crisis in the state following the exit of its working president A Revanth Reddy, a key leader who gave major contest to the ruling TRS. The crisis is so severe that senior party leader Motkupalli Narasimhulu openly said that if the party has to survive it has to forge an alliance with the TRS.

Krishnaiah is miffed over Andhra Pradesh chief minister and TDP president N Chandrababu Naidu’s move to appease the agitating Kapus in Andhra by granting them 5% reservation in government jobs and educational institutions after including them in the Backward Castes ‘F’ category.

Outraged by the decision, which would affect the BC community in reservations, community leaders in both Andhra and Telangana have been suggesting that Krishnaiah launch a party for BCs, which would give them the leverage in forming alliances and getting their demands fulfilled.

ALSO READ:  How 'Astronauts' Cast Votes For US Elections 2020 From Space?

He added, “If you see… all the parties like Congress, BJP and TDP are based on castes. The BCs don’t have party of their own. So we are thinking of forming our own party.”

According to Krishnaiah, Andhra has 50% BC population and Telangana has 52% population. “We play a decisive role in forming governments both in Andhra and Telangana. In a recent survey of influential leaders, I am only next to KCR (K Chandrasekhar Rao),” he asserted.

Learning about the deep wedge between Krishnaiah and Chandrababu Naidu, the incumbent TRS is wooing Krishnaiah and trying to bring him into their fold. Krishnaiah is indecisive if he should form his own party or join the pink party. He says that he will come to a conclusion in a few days.

He said, “The TRS government is fulfilling the promises of the BCs. I have scheduled a couple of meetings in the districts, based on suggestions and on learning the sentiments of my people. I will take a decision soon.”

Telangana is sure to witness a lot of political churning as even Telangana Joint Action Committee chairman Prof Kodandram Reddy is considering floating a new party.

Krishnaiah is the TDP MLA from LB Nagar in Hyderabad. He led several protests against injustices meted to BCs, thereby becoming the face of the community. #KhabarLive