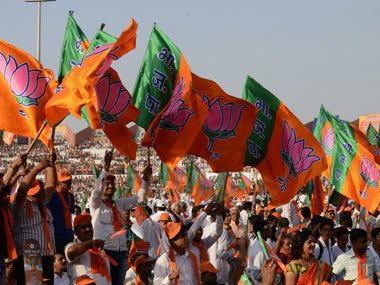 BJP would contest in the 2019 elections in Telangana alone and the party is confident of winning them, state BJP chief K Laxman said to KhabarLive in an informal meeting.

“We will not have any alliances. BJP will fight alone and get elected to power in the next elections in Telangana,” he told KhabarLive.

Legislative Assembly elections would be held along with the Lok Sabha polls in Telangana in 2019.

People of the state are disappointed with the ruling TRS as it has failed to implement its election promises, he alleged.

“People have waited patiently for over three years to see, if CM KCR (Chief Minister K Chandrasekhar Rao) would deliver on his manifesto promises, but they were left totally hopeless in this year,” Laxman claimed.

The main Opposition Congress has nothing to new offer to the people, he claimed.

“BJP is declaring an electoral war against TRS in the year 2018. Congress has nothing new to offer to the people of Telangana, they will be rejected in this state as they are being rejected everywhere in India,” he added.

BJP currently has a strength of five MLAs in the 119-member house.

Saying that BJP has reached out to the masses in 2017, Laxman hoped that the new year would be good for the party. #KhabarLive