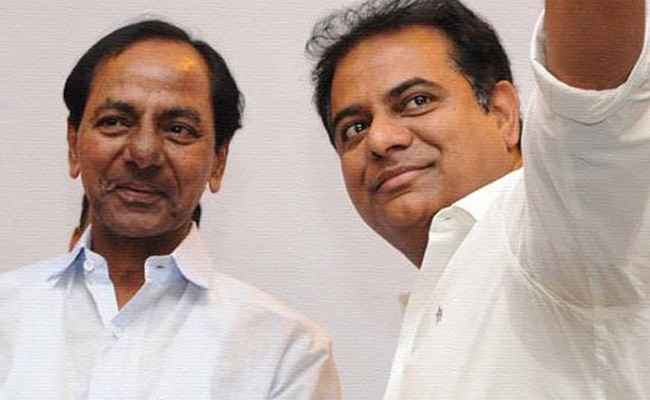 There will be major changes in the Cabinet after the forthcoming municipal elections. It could either be before or after next month’s Budget session. Speculations are high on KTR as new CM and many new faces will get inducted.

Whether it will be “fresh Cabinet” or a major reshuffle will depend on Chief Minister K. Chandrasekhar Rao. There is a possibility of some ministers getting the axe and quite a few fresh faces making the grade.

Rao has already warned the ministers in a party meeting held two days ago that they will be removed from the Cabinet if they do not achieve wins in the municipalities in their districts. A recent development is that some ministers are giving statements in support of party working president K.T. Rama Rao becoming the CM.

A senior TRS leader commented that these indicate about a major Cabinet reshuffle. At least five ministers, whose performance has not impressed KCR, will be dropped.

In fact, the Chief Minister thought of dropping them in September. But giving weightage to certain political equations, he postponed the decision.

If Rao makes Rama Rao the Chief Minister as is being strongly speculated, his Cabinet automatically gets dissolved when he resigns.

If Rao wants to postpone the decision for some time, he will make major changes in the Cabinet.

There are speculations in TRS circles that if Rama Rao becomes CM, Rajya Sabha member J. Santosh Kumar who is a relative to the CM, is likely to be inducted into the Cabinet as would Chennur MLA Balka Suman and Legislative Council Chairman Gutta Sukhendar Reddy.

KCR and Rama Rao are unhappy over two ministers in a district who they feel are damaging the party image with their bickering.

Both ministers will be shown the door. #KhabarLive