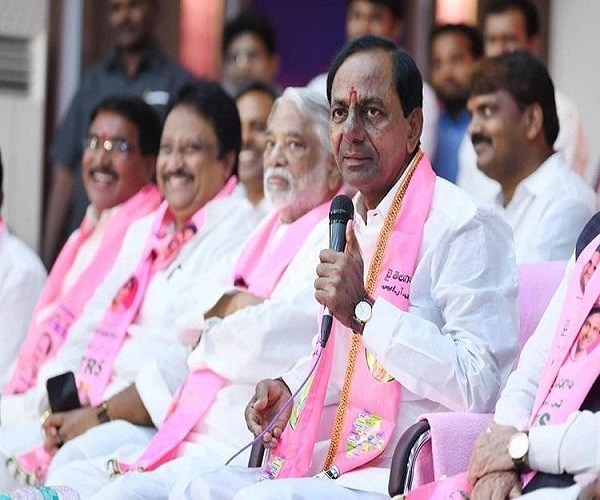 After failing to get the desired results in the Lok Sabha elections, TRS president and Telangana CM K Chandrasekhar Rao held a review meeting with MPs and MLAs. The TRS’ seats were reduced from 11 to 9. Further, it lost two key seats–Karimnagar and Nizamabad–strongholds of the party.

The TRS received a jolt after KCR’s daughter and sitting MP from Nizamabad, K Kavitha lost by a huge margin to BJP candidate D Arvind.

According to a report, KCR said that there was an evident gap between the MLAs and MPs, and as a result, their performance was poor compared to the Assembly results. The TRS chief, however, appreciated his nephew T Harish Rao, Siddipet MLA for his campaign which helped the TRS Medak MP candidate Kotha Prabhakar Reddy win with a huge majority.

Meanwhile,  KCR is contemplating to sack two ministers for failing to win MP seats. The ministers will be sacked during the cabinet re-shuffle, according to the report.

“The party chief is unhappy with wins from only nine seats when he had set ministers and senior leaders a target of 16 seats. A minister had promised the CM that he would get two Lok Sabha seats from his home district as a ‘gift’ to the party. We lost both seats,” a senior party leader told #KhabarLive.

Out of the 17 MP seats, TRS won only 9 seats, while the BJP made a strong comeback by winning 4 MP seats from Adilabad, Secunderabad, Karimnagar and Nizamabad. The Congress too won Nalgonda, Bhongir and Malkajgiri seats. AIMIM chief Asaduddin Owaisi retained his Hyderabad seat for the fourth term and won with a huge majority of over 2 lakh votes. #KhabarLive