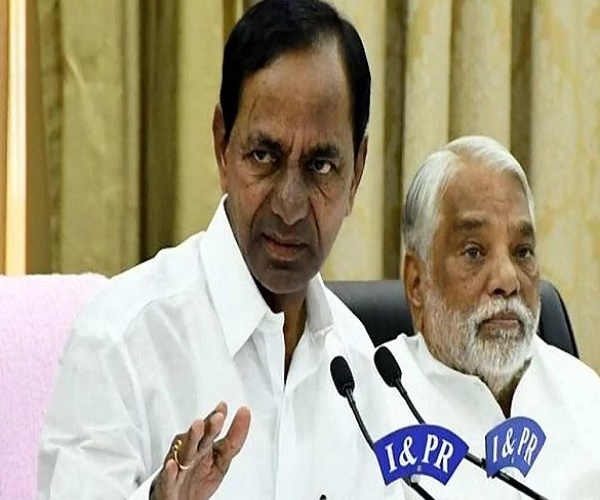 People supported in unequivocal terms Chandrashekhar Rao who fashioned a great platform for statehood movement in the form Telangana Rashtra Samithi, led it to success to realise separate State of Telangana, and in the process made the voice of Telangana heard from Kashmir to Kanyakumari, convinced 36 parties across the nation in favour of Telangana, brought pressure on the then ruling Congress Party to concede Telangana and also convinced the Opposition BJP to form Telangana State.

Naturally, people reposed their unilateral confidence once again on Chandrashekhar Rao. Fulfilling the wishes of people, he sworn in as Chief Minister for the second time in succession. Aiming at realising the Golden Telangana that has been in the process, the TRS government under the leadership of Chandrashekhar Rao commenced its second phase of journey.

Immediately after assuming power, the TRS government of Chief Minister Chandrashekhar Rao initiated measures to implement election promises on top priority. In addition, action plan has also been initiated to attend to urgent and immediate needs of the people. Accordingly, a series of review meetings chaired by the Chief Minister is being held.

ALSO READ:  ‘No Water, No Vote’ - IT Corridor Colonies In Hyderabad Protests Apathy

Officers concerned were instructed to complete all projects for providing irrigated water to one crore acres of land within two years. Including Sitarama and Sriram Sagar revival schemes, all the other project works are to be completed on war-footing without any delay. Compensation to be paid in lieu of lands acquired for projects. Chief Minister has decided to visit personally and inspect works pertaining to construction of Medigadda as part of Kaleshwaram, Sundilla, Annaaram barrages, pumphouses, works on SRSP revival scheme and other connected places.

The Chief Minister, emphasising the need to concentrate more on rural development, said that it was only when villages were developed the country developed. The Chief Minister desires that the newly-enacted Panchayat Raj Act shall be effectively implemented to ensure transformation in the development of villages. When once the gram panchayat elections are completed, greenery and sanitation will be given priority and will be taken up swiftly. The government has taken up the recruitment process of appointing 9335 village secretaries to ensure that there will be a secretary to every one of the 12,751 villages. This is the first recruitment done after the new zonal system came into force.

Chief Secretary has been asked to workout modalities for payment of old age Aasara pensions to all those who completed the age of 57 years. This would be given with effect from April 2019. In accordance with the election promise, steps have been taken to form two more districts namely, Mulugu and Narayanpet. With this, the process of formation of additional new districts has begun. In addition, formation of new Revenue Division Korutla and couple of new Mandals has also begun.

Batukamma sarees that were to be distributed ahead of last year’s festival could not be done due to complaints from the Congress during the Assembly elections, but the distribution commenced with effect from December 19, 2018. This is being done along with distribution of Christmas cloths. Kalyana Laxmi/ Shaadi Mubarak cheques that were earlier distributed by MLAs and were passed on to Collectors due to election code, have now been reverted, and henceforth MLAs will distribute them.

The Chief Minister said by March 31, 2019 after duly fitting all taps clean, purified drinking water should reach every house in the State irrespective of whether the house is a in a hilly area, forest area or in a remote area. He wants that no one shall be seen with a pot or vessel fetching water from a place other than their own house.

For this the Chief Minister told the officials that there was no dearth of funds and whatever might be the expenditure, the drinking water should reach every house by the stipulated time. The bulk supply shall be completed before January 10, 2019 said the Chief Minister.

In fact, the responsibility, according to Chandrashekhar Rao, does not cease with mere supply of water but continues since water should be supplied uninterruptedly. It is equally important to properly manage the scheme as that of supplying water. He patted all those staff and engineers for executing this marvellous wonder.

Telangana State has exhibited an exceptional wonder in the form of Mission Bhagiratha to the entire country which is a pride to the State and role model to the country. Several States are evincing keen interest to replicate and adopt the scheme and Telangana government also is ready to cooperate and help them in this regard.

Thus, after assuming charge second time Chandrashekhar Rao concentrated on governance once again. After dissolution of Assembly on 6th September, for thee months, it was election season totally. Immediately after the results, and after assuming charge as Chief Minister, Chandrashekhar Rao is taking stock of the situation of every government department. Top priority is accorded to irrigation projects. Execution of election promises has been initiated. Plans are getting ready for this.

Against the backdrop of election promises, for laying strong foundation to implement them, the State finances are to be prepared. For effective implementation of promises and other welfare and development schemes, committed and efficient officers are required.

Whatever it is, Chandrashekhar Rao and his government are marching ahead towards implementation of election promises. He is leaving no stone unturned to successfully take the State towards Golden Telangana. The Chief Minister who held meetings in his capacity as the TRS president on the first and second day after he assumed charge has since then concentrating on reviews of various departments one after another. #KhabarLive