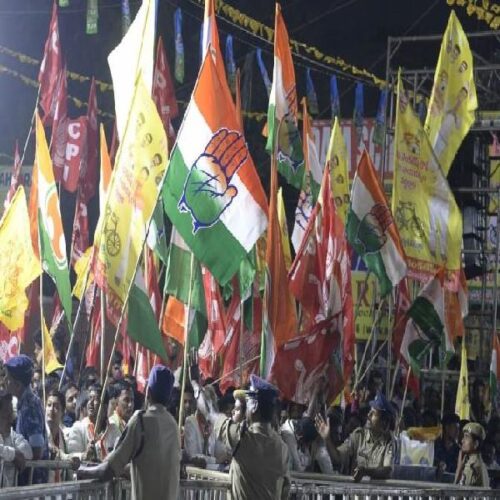 As the political fronts is getting ready for the battle in Telangana for early elections in 2022, according to political pundits. 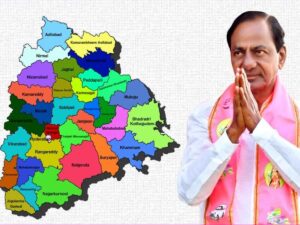 The scenario is white visible from Eala Rajender joining BJP to YS Sharmila’s entry into Telangana politics to CM KCR’s district tours, it is almost as if parties are rehearsing for the 2023 Telangana Assembly election.

Eatala Rajender joined BJP after he resigned as the TRS MLA; Revanth Reddy, a former TDP leader, took over as the Telangana Pradesh Congress Committee (PCC) President; YS Sharmila launched YSR Telangana Party — the state of Telangana seems to have picked up its political momentum in the wake of fresh developments on the ground, changing political equations and emergence of new players. It is almost as if parties are rehearsing and setting the stage for the 2023 Telangana Assembly Election. Sample these recent developments.

During the Nagarjuna Sagar bye-elections in April 2021, BJP banked on its 2020 Dubakka bye-election victory to win the Assembly seat. Congress, on the other hand, rode on the back of the ruling TRS government’s mismanagement of the COVID-19 crisis in the state. However, it was finally the Telangana Rashtra Samithi (TRS) that retained the Nagarjuna Sagar seat, asserting its claim to the bastion.

With the unprecedented ouster of Eatala Rajender from the state cabinet as the Health Minister came, the BJP saw it as an opportunity to expand its base in Telangana. As soon as Eatala joined BJP, the national party and its state leaders rang the bells of its campaigning in the Huzurabad Assembly constituency in Karimnagar district. The date of the bye-election scheduled is yet to be announced. 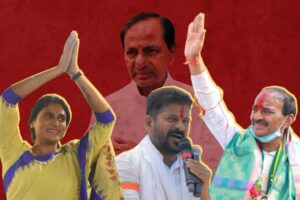 On one hand, the BJP is trying to position itself as the “alternate” force to K Chandrashekar Rao (KCR)-led TRS. On the other hand, the Indian National Congress, which has been in crisis for over a year without a president, roped in Revanth Reddy — a fierce critic of KCR — as its new state chief.

Political observers say that the BJP has always been active on the ground, unlike the Congress. They, however, foresee vibrant activism from the Congress, given the change of the guard. Such political positioning by the parties, according to them, will pave the way for the 2023 state elections.

In a seeming move to reach out to a larger number of people, Telangana CM KCR, after a brief gap amid the second wave of COVID-19, is now touring various districts and launching infrastructure and development activities.

BJP state president Bandi Sanjay Kumar, who is also touring districts, is already working to increase the cadre strength. He even went so far as to announce poll promises. Bandi Sanjay recently stoked a political controversy when he said that the BJP would take up the construction of Bhagyalakshmi temple near Charminar and construct a 125-feet high Dr BR Ambedkar statue as soon as the party comes to power. He is set to launch a statewide padayatra from Hyderabad. 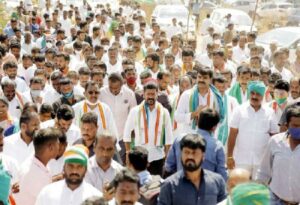 As Revanth Reddy asserted that he would work towards strengthening Congress in all corners of the state, he also vowed to defeat the ruling dispensation in a strong-worded speech. Countering this, TRS working president K Taraka Rama Rao (KTR) took potshots at him, remarking that those who were caught red-handed trying to bribe an MLA are preaching morals, referring to Revanth Reddy. In 2015, the Anti-Corruption Branch (ACB) had caught Revanth Reddy, then TDP leader, red-handed in a multi-crore bribery attempt. “The one who called Sonia Gandhi the goddess of sacrifice is now praising her as the mother of Telangana,” said KTR, adding that Revanth might even call Chandrababu Naidu the father of Telangana. 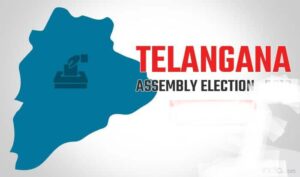 Political analysts see all possibilities of minority consolidation in favour of YS Sharmila, considering her father, former CM YS Rajashekar Reddy, had created a strong base of voters from minority and weaker sections through his populist identity. “Irrespective of the forces behind Sharmila’s party, her rise may certainly draw the attention from weaker sections and minorities who are otherwise the traditional vote bank of the Congress,” said Dr Sudharshan Balaboyina, Assistant Professor in Political Science at Osmania University in Hyderabad.

However, Sudharshan said that the recent developments are mere pointers to the political positioning that parties aim to set firm once they announce their poll issue and agendas. “We can call these developments (resignations, defections, new faces) as laying the groundwork for the 2023 election. We can say they are in an election mode once they start formulating and speaking about their agendas,” he said. #KhabarLive #hydnews