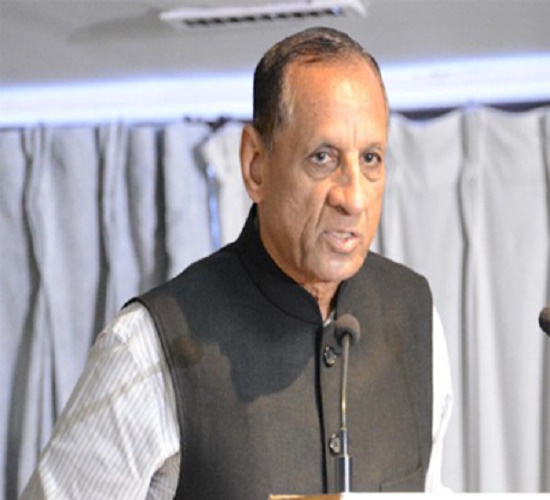 Telugu states Governor E S L Narasimhan, who was facing charges of being a strong opponent of Telangana formation, has become a hot favourite of the Telangana Rashtra Samithi government in the last three and a half years.

Though his term is completed long ago, he has still been able to continue in the Raj Bhavan, thanks to the intense lobbying by TRS president and chief minister K Chandrasekhar Rao, say sources close to the chief minister.

And KCR, too, gives a lot of importance to Narasimhan by regularly visiting Raj Bhavan to discuss various issues and touching his feet at all public platforms.

The government even gave a lot of facelift to Raj Bhavan and constructed beautiful quarters for the staff.

So, there was no surprise when the Governor took it easy the complaints lodged by the Telangana Congress leaders who met him at Raj Bhavan on Friday evening.

The Congress leaders told him that anarchy was ruling roost in the Telangana villages and the ruling TRS leaders were indulging in sand smuggling, illegal mining, land encroachments, harassment of Dalits etc.

They brought to his notice the death of a village revenue assistant when he was moved by a sand-laden truck belonging to local TRS leaders involved in sand mafia.

Narasimhan tried to play down the incident saying as far as his information goes, the person died in an accident caused by a truck carrying bricks and not sand and that the victim was not a VRA but just a local villager.

The Congress leaders got agitated and told him if it was just an accident, why should the police cordon off the entire village and why were the TRS leaders silencing the voices of the family members by offering them money.

Similarly, when the Congress leaders brought to his notice the illegal arrest of MRPS leader Manda Krishna Madiga for the second time, the Governor defended the TRS government and found fault with Manda Krishna for violating the court orders. #KhabarLive