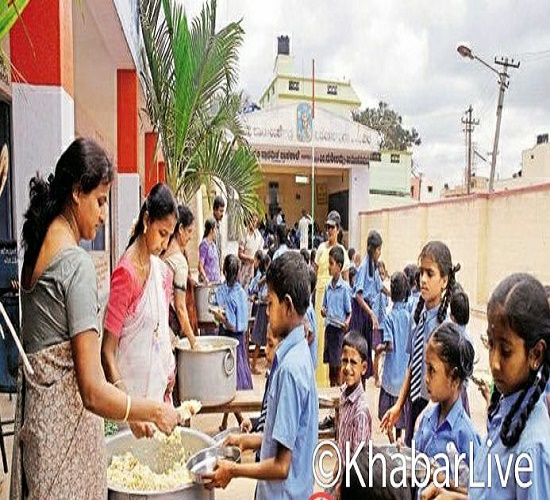 After private entities stepped into the education industry, the whole concept of ‘schooling’ has changed. Government schools, which once were the breeding grounds for great scholars and eminent personalities, have become the abode of education for the poor and underprivileged students in the present world.

Students in government schools often come from a background, where their parents go to work as a daily-labours. It is not surprising to know; few parents send their children to government schools solely because they get a good meal, thanks to the ‘mid-day’ meal program, apart from schooling.

Adding to the mid-day meal program, the Telangana Government announced that from here on, (veg) Biryani would be provided in Government schools every Saturday.

According to the new proposal, the students would be served different kinds of Biryani; Peas Biryani, Chickpea Biryani, and Soybean Biryani, on every Saturday in the month.

The government already made clear about its initiatives in government schools. ‘Given the student’s background, we are trying our best to give them nutritious food, along with competitive education.

We also introduced long grain rice in the mid-deal meal program. Improving educational infrastructure is also a part of our plans’, said an official from the Education Department. #KhabarLive