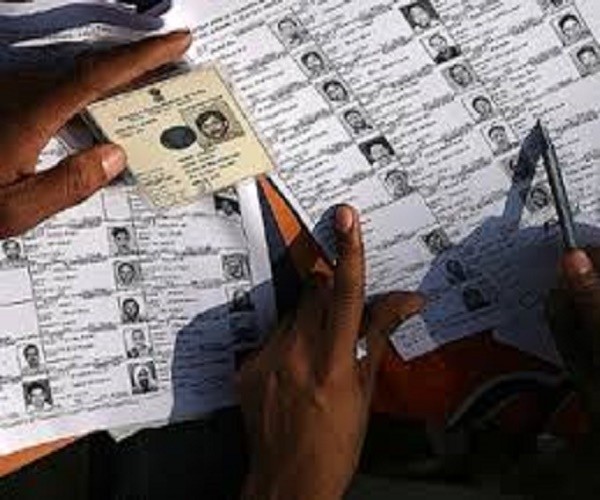 The Telangana Congress has alleged that the voters’ list released by the Election Commission of India for Telangana has about 21,000 voters aged between 100 and 2,017 years.

There is a voter in Telangana who is 2,017 years old, or so claims the Congress. The grand old party has alleged that the voters’ list released by the Election Commission of India for Telangana has about 21,000 voters aged between 100 and 2,017 years!

State government and the Election Commission alleging that there were about 70 lakh discrepancies in the voters’ list. He did not rule out approaching the Supreme Court over the “unfair elections”. He claimed that the TRS had dissolved the Assembly prematurely to cash-in on these discrepancies in the list.

“Just like Rajasthan, Madhya Pradesh, and Chattisgarh, Telangana has a list of 70 lakh voters who either have duplicate names or missing names. The numbers are through our private investigation, one can imagine how much more could come to light if it is officially done,”

Explaining further, “About 50 lakh voters have their names repeated across the voter’s list. Their names, age, sex, and even photos are the same. There is also duplication of 17 lakh voters from the 9 mandals of Khammam which the Andhra Pradesh and the Telangana share together. The comic if not a tragic aspect is that when we contacted the EC, we realised that both the States are claiming these 17 lakh voters.”

Demanded that a thorough process of verification and sanitisation of the voter list should be initiated before any elections could have been announced but the sad part is that only four weeks have been given. “Any election held on the basis of these deeply and deliberately flawed and inaccurate voter list would undermine the entire process and would lead to a distorted mandate. It would be a fraud on democracy and on the people of the country,’’ he pointed out. The revised electoral roll was published on September 10.

“We reserve the Constitutional rights to approach the court and explore all legal possibilities but we want to go to the people’s court. We would be failing to do our duty as a national political party if we did not bring this to the notice of the people,” Adding that his party was “ready and raring to go for elections at any time.”

When we met the Chief Electoral Officer on September 14, he cofirmed that they knew about the discrepancies. They said that it will take time for the list to be purified. How can they take time when it had to be done immediately,” asked Marri Shashidhar Reddy, TPCC chairperson. #KhabarLive