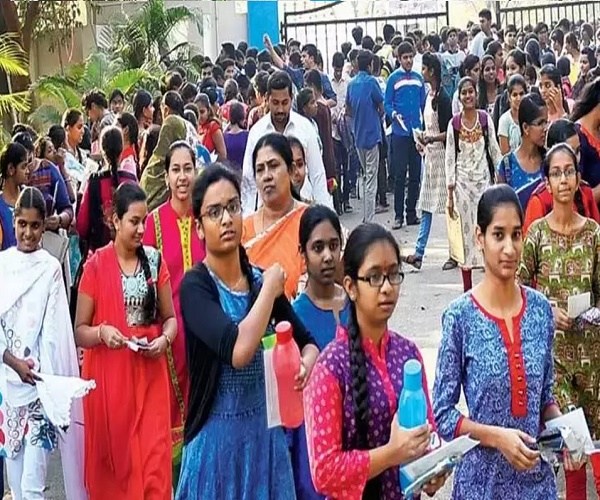 Telangana State Board of Intermediate Education (TSBIE) has warned private junior colleges in the state against withholding hall tickets of students with regard to the Intermediate Public Examinations, scheduled for February 27, on the pretext of unpaid fees.

Secretary of the Board A. Ashok has threatened the managements with serious action if they were found resorting to such tactics.

Students who have not got their hall tickets as yet may download the same from the Board’s website starting from 4 p.m. on Monday. An exam centre locator App was launched at the same time.

Of the 1,277 examination centres, 40 are self centres, where students will be allowed to write the exam in their own college for want of logistical convenience, Mr. Ashok said to #KhabarLive.

A total of 24,508 invigilators will be deployed for the exams. Two hundred sitting squads have been deployed at the problematic centres, while 50 flying squads comprising members from Education, Police and Revenue departments, will conduct surprise checks to prevent malpractice. Exam observers too will visit the centres for surprise checks.

Photocopy shops near the exam centres will be closed during exam hours, 9 a.m. to 12 noon. CCTV cameras have been installed at all the centres, and question papers should be opened only in the visibility range of the cameras. A district-level high power committee with district collector as chairman and Superintendent of Police and others as members have been constituted, apart from District Examination Committees, for smooth conduct of exams.

The centres will be guarded by the police, and Section 144 CrPC will be imposed around the location.

RTC authorities have been requested to reschedule their services to suit the exam hours, and Electricity department, for uninterrupted power supply. Drinking water and medical facilities have been provided at the centres.

Candidates have been instructed to enter the examination hall by 8.45 a.m., and fill in the OMR details by 9 a.m. Fifteen minutes grace time will be permitted, and no candidate will be allowed inside after 9 a.m., nor will be allowed to go out before 12 noon, Mr. Ashok cautioned.

Cell phones, electronic gadgets, pagers, calculators, or any kind of printed/written material will not be allowed inside the hall.

Criminal cases will be booked against candidates resorting to copying, malpractice, or impersonation, and will be debarred, Mr. Ashok warned. A control room will function with the numbers 040-24601010 and 24732369 where complaints can be made if any. #KhabarLive