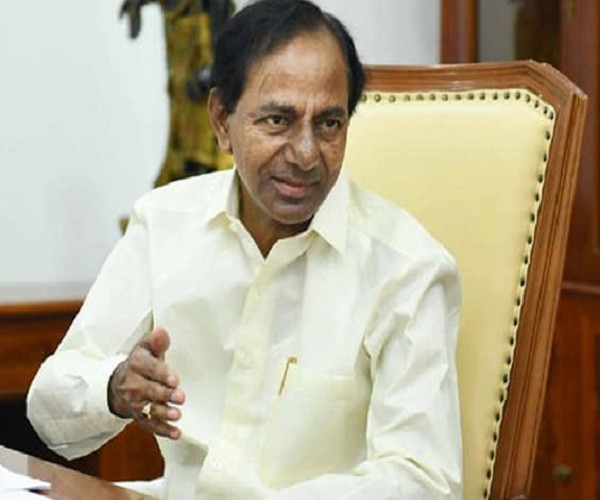 Telangana chief minister K Chandrashekar Rao said in an exclusive interview with #KhabarLive that India needs “qualitative and momentous change.” With state elections set to take place on December 7, KCR told that his government has achieved all its poll pledges and is looking to further progress in health and education.

On government performance, unfinished agenda
We fulfilled all the promises made to the people during the last elections. In addition to promises made in the manifesto, 76 additional schemes and programmes that were not part of manifesto, which my government thought essential for the people, were initiated and successfully implemented. These include schemes like the investment support scheme for agriculture (Rythu Bandhu) providing Rs 8,000 (per acre) investment to farmers; the Kalyan Laxmi and Shaadi Mubarak to provide financial support for marriage expenses to the poor; Mission Bhagiratha to provide safe drinking water to every household etc.

Towards poverty alleviation and assisting the poor in several ways, a number of welfare measures are being implemented. In the future also, many more such welfare programmes will be taken up to benefit the poor. Telangana state revenue is on the growth trajectory and consistently recording more than 17% growth. We are marching ahead with an objective of creating wealth and distributing wealth to the poor. My objective is to drive away poverty by doubling wealth. In the coming days we will concentrate on each and every family as a unit and identify those who fall below the poverty line and prepare an action plan for their all-round development.

There is also a need to achieve more progress on the health and education fronts. In our first term itself we have started 663 residential schools. For those who pursue studies abroad, we give Rs 20 lakh overseas scholarships. For those who study professional courses, there is a facility of fee reimbursement. Our aim is to provide quality education to each and every one in the state free of cost. The Telangana student will be developed as an individual who can compete with anyone in the world.

In the medical and health sector, facilities and services have been improved in all government medical institutions. Institutional deliveries increased due to KCR kits and maternity and infant mortality has come down. In government hospitals, in accordance with bed strength, funds are allotted. In all major towns and cities, dialysis and diagnostic centres have been commenced. Our objective is to provide better and improved medical care in all government hospitals. In addition to poverty alleviation, public health and education facilities we intend to give priority to provide infrastructural facilities in rural areas

ALSO READ:  Why The Holy Books Mention 'Good Doctor' Is Equa To 'God'?

On reforms
The state during the last 52 months recorded remarkable growth in a very short time since it achieved separate statehood. There are a number of initiatives, many of which are unique to this state. To mention a few: strengthening agriculture sector and thereby enthusing self-confidence in the farmer; supplying quality power free of cost round the clock to the farmer; formation of Rythu Samanvaya Samithis; reservations to SC, ST, BC and women in marketing committees; comprehensive cleansing of land records; the Rythu Bhima scheme paying Rs 5 lakh insurance; financial support to hereditary professions; Aasara pensions to various sections; SC, ST Pragathi Fund; welfare of minorities through various schemes; KCR kits etc. to mention a few.

Our government could ensure social security to people in general and to the poor in particular. A state where there is no hunger and no suicides has been developed where the poor and farmers get priority.

On the Telangana Rashtra Samithi’s role in 2019 general election
For over three decades, the country at the national level has been experiencing coalition governments. It’s only in 2014 the BJP could get a majority on its own. Even then the government at the Centre is a coalition now also. In the 2019 elections, neither the BJP-led NDA nor the Congress-led UPA will be in a position to get a majority to form a government at the Centre. In several states, regional parties are strong. In Telangana, TRS will win 16 seats and invariably our role in the Centre will be crucial.

On the Centre’s pledges to Telangana under the AP State Reorganisation Act:
I am not satisfied with the government of India’s role in implementation of AP State Reorganization Act in its letter and spirit. Even my personal requests on many occasions to the Prime Minister and other Union ministers were not fruitful and many issues remained unsolved. Though many things were mentioned in the Act, they remain on paper and are yet to be implemented. Even after four and half years, the high court is not bifurcated. No concerted effort has been ever made to provide special incentives for industrial development in backward areas. An inordinate delay is taking place in allocating water share in river waters.

On Telangana achievements
The state has been consistently achieving record revenue growth during the previous four years at an average growth rate of 17.17% per year.

India needs a qualitative and momentous change. There is a need to change the national agenda and the routine budgets presented year after year are to be replaced with people-oriented budgets. The usual methods and conventional thinking are to be done away with–states have a major role to play. The government of India has to devolve more powers and funds to the states. In place of the earlier Planning Commission, we have NITI Aayog consisting of all the chief ministers with the Prime Minister as its chairman–we call this Team India. We all together need to plan in letter and spirit the development of country as a whole.

ALSO READ:  Where Are Those 'Item Girls' In 'Telugu Cinema'?

On ease of doing business
The Single Window TS IPass Industrial Policy has brought 8,330 industries to the state after having been given hassle-free approvals providing employment to 8,55,328 persons with Rs 1,35,045 crore of investments. So far, 6,009 industries have commenced operations, out of which 659 are at an advanced stage and only 578 are in the initial stage. Approvals and licences for these industries were given in a corruption-free and hassle-free atmosphere. Industrialists both within the country and abroad have all praise for Telangana state. In ease of doing business, the state has secured top rank. Several new avenues have been opened in the IT sector, adding to the revenue growth rate of the state.

On legacy issues in 2014
Fulfilling the aspirations of the people, which remained suppressed during the erstwhile AP rule was the major challenge before me and Telangana government. The biggest challenge before me was how to go about reinventing and reorienting Telangana. From the day one, the challenges that were confronting me were the format for Telangana state budget and the funds flow; the likely sources of income and methodology for resource mobilisation; tackling the promise of agriculture loan waiver; coping with fee reimbursement; bringing in KG to PG free and compulsory education; designing irrigation projects as a priority item; providing drinking water to all the habitats; providing power without cuts; organising housing for poor; job creation; single-window industrial policy; police reforms; brand image of Hyderabad city; massive and schematic plantation; land purchase scheme for Dalits and many more.

All these were viewed in the context that the present Telangana state had never existed before in this form and therefore needed a historical beginning. We converted the challenges into opportunities and have been successful.

On challenges of attracting further investment and boosting job creation:
The policies adopted and adhered to by the Telangana government after the state formation have attracted several industrialists from all over the country and abroad. The TS IPass Act is a revolutionary measure aiming at clearances within 15 days of application. There is uninterrupted, round-the-clock, quality power supply in the state.

ALSO READ:  Why 'Handloom Board' Abolished In India Days Before 'Handloom Day'?

Coming to employment, the government has identified in its first term itself more than one lakh vacancies in the public sector. The process of recruitment is going on. In future and in our next term, the process continues. Employment does not mean only government jobs. This opinion must change. In the private sector there are umpteen opportunities. With government support available, the industrial and IT sector is expanding significantly. Job opportunities are growing on a large scale.

On concerns about capital flight from Hyderabad
This is nothing but a mere hallucination of a negligible number of individuals. Hyderabad city has a cosmopolitan culture. It is not only just from neighbouring Andhra state people come here, but also from different parts of all over the country, people come here for employment and for business. For decades together they have been leading a peaceful and harmonious life. The Ganga-Jamuna tehzeeb (culture) exists here in Hyderabad. No one has any problem. All those who have migrated and settled here are viewed as Telanganites and those who settled in Hyderabad are Hyderabadis. We have no hatred towards anyone. Not even a single incident has been ever reported involving harassment against anyone migrated to Telangana and settled here. All of them are leading peaceful lives and pursuing their professions.

On fears of a debt trap
It is not correct to say that the government should not bring loans to meet the development expenditure. It is not an anti-progressive measure as some people allege. One should not view negatively if the state secures loans from various sources. Even the most developed countries like the US, China, which are powerful economically forward nations also mobilise loans and debts for the development of their countries. India too gets loans. It is just not possible to meet every expenditure with state’s revenues.

Loans and debts are not to be viewed as a burden but should be viewed as investment. The state would be developed if resources are mobilised to meet the development needs. People’s purchase capacity also enhances. In the process, the state’s revenue also increases. For example, the expenditure incurred on irrigation projects helps in more land to be brought under cultivation. The agricultural production also increases. The farmers’ income also increases. Their increased purchase power helps the state. Indirectly the state’s revenue grows. The loans and debts are to be viewed as investment for development. #KhabarLive