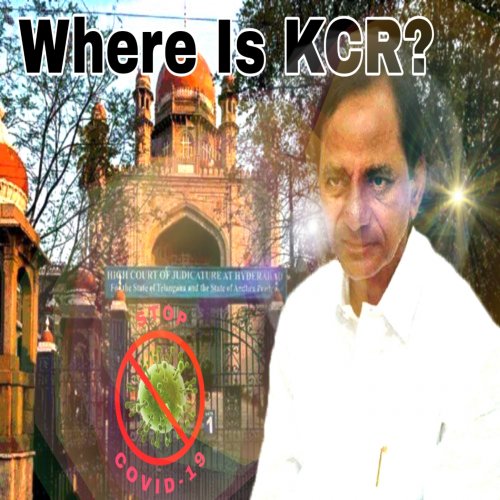 A mandamus writ petition has been filed in Telangana High Court seeking the details about the health and the current location of Telangana CM K Chandrasekhar Rao (KCR). The petitioner, Naveen alias Teenmar Mallanna, moved the court expressing his concerns over the health of the Chief Minister. Naveen is a well-known Telugu journalist.

In his petition, Naveen raised concerns about the reports in the media that claimed that 30 employees of Pragathi Bhavan and CM’s official residence have tested positive for the virus and so, the CM and his family have moved to their private residence.

Speaking to #KhabarLive, Mallanna said, “Following the reports in the media and the buzz on social media, many citizens of the state are concerned about the health condition of the Chief Minister. He is not only the Chief Minister but also a stalwart of the Telangana movement.”

He further added, “There is no official communication on the whereabouts of the CM. He participated in the centenary birth anniversary celebrations of PV Narasimha Rao and since then, he has not made any public appearance. We approached the court seeking clarity on the health and whereabouts of the CM.”

The petitioner has listed the Chief Secretary, Principal Secretary (Home) and Special Chief Secretary (Health, Medical and Family Welfare) as respondents, and has asked the court to issue an order directing them to furnish the necessary details about the Chief Minister.

Several opposition leaders have also raised doubts on the whereabouts and health condition of the chief minister.

Earlier, three journalists, including the editor of a Telugu vernacular daily, were booked by the Hyderabad police for publishing a report that claimed that the Telangana Chief Minister had tested positive for coronavirus. However, the journalists stated that they are being ‘targeted’ for writing against the government. #KhabarLive #hydnews

ALSO READ:  ‍‍CM KCR Hospitalized Due To 'Trouble In Lungs' And Other Complications In Hyderabad