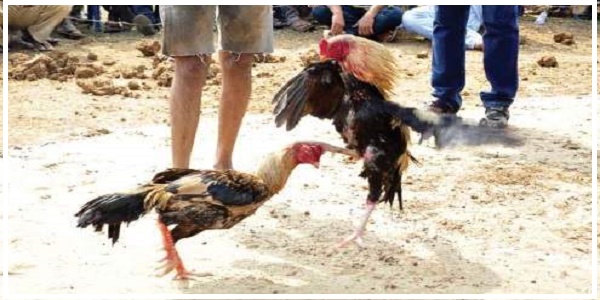 Animal rights activists might cry foul and the High Court take a serious view of it, but the organisers as well as punters are not in a mood to relent. Everyone involved the game _ the traditional cockfights _ organisers, owners of cocks and punters are gearing for the season which starts a few days before Sankranti and goes on for nearly a month. The border villages provide a safe haven to the organisers and punters as they can shift to the neighbouring state if the police raid their dens.

“Crores of rupees change hands in the game,’’ an organiser said and added that the police vigil would not deter them from organising the fights in Khammam and Bhadradri Kothagudem districts which border Andhra Pradesh where cockfights take place on a much bigger scale. Organisers in Telangana and Andhra Pradesh narrowed down on ‘safe’ locations like mango orchards, agricultural fields and open lands in interior villages in Aswaraopet, Dammapet, Mulakalapalli, Sattupalli, Vemsoor, Palvoncha, Bhadrachalam, Dummagudem and Cherla mandals.

However, the much sought-after fighting zones will be the bordering villages which ensure that the organisers as well as the punters or participants can flee into the neighbouring state whenever police conduct raids on the cockfights. Telangana police keep a stricter vigil against the banned game in comparison with their counterparts in AP where politicians themselves allegedly indulge in the game.

It is well known that bigwigs from the twin Godavari districts of AP are very keen on the game and would bet big in crores of rupees. Not only that, they rear cocks with nutritious food. Landlords in villages rear cocks of various breeds and invest huge amounts of money on them.#KhabarLive