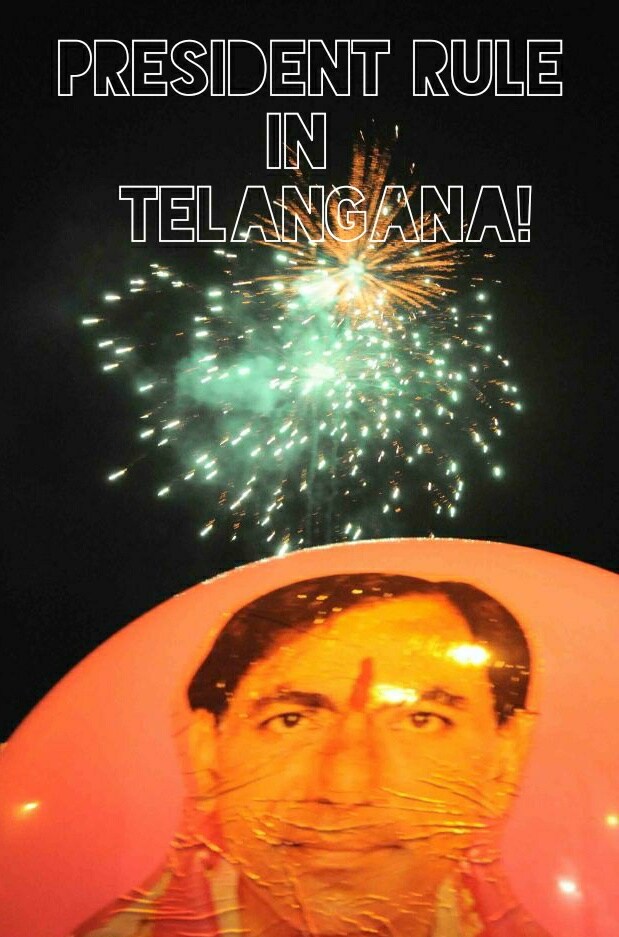 Social media has become a major platform for spreading rumours these days. Whenever there is a controversial issue, rumour mongers are making use of social media to spread all sorts of speculative news within hours.

The latest rumour that is doing rounds in the social media is that the BJP government at the Centre is contemplating imposition of President’s Rule in Telangana, if the situation arising out of the ongoing strike by employees of Telangana State Road Transport Corporation (TSRTC) goes out of hands.

The immediate development that triggered this rumour is the death of D Srinivas Reddy, an RTC driver from Khammam depot, who committed suicide by immolating himself, blaming Telangana Rashtra Samithi president and chief minister K Chandrasekhar Rao for sacking 48,000 RTC employees at one stroke.

The BJP leaders, who held an emergency meeting in Hyderabad on Saturday, decided to represent to the Centre on the possible breakdown of law and order in the state due to the stubborn attitude of the KCR government.

“Sacking 48,000 employees is not a small development. It shows the autocratic rule of KCR. He is trying to crush the agitating employees using police force. If there is any violence in the state as a follow-up of the RTC strike, the chief minister himself will be responsible for the same,” a BJP leader remarked.

According to the rumours in the social media, there is every possibility that the Centre might intervene and dismiss the TRS government in the event of a major law and order issue.

The Centre has already obtained a report from Governor Tamilisai Soundararajan and if a situation warrants, it might invoke Article 356 of the Constitution to impose President’s Rule in the state.

As of now, it looks a very farfetched speculation. But anything might happen in politics! #KhabarLive