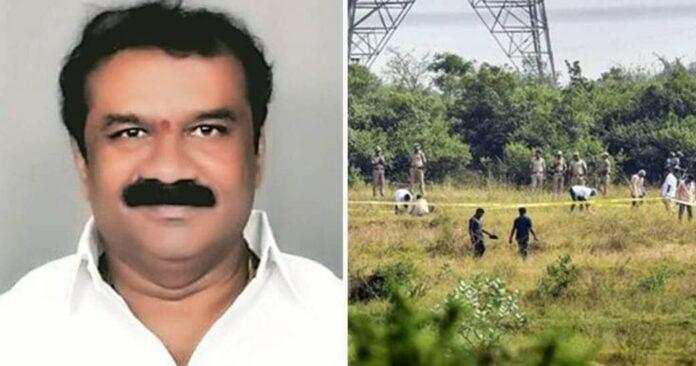 In the first such official admission of the alleged role of the Telangana government in Friday’s encounter, in which four men accused of raping and killing a 26-year-old veterinary doctor in Hyderabad were killed, a senior minister in the K Chandrashekar Rao-led state government has said the encounter is a “message for the entire country”.

Saying that there was “pressure for immediate action” and it’s doubtful if justice would have been served through courts since “Indian judicial process will go on forever”, he said the “credit goes to the Chief Minister”.

Talasani Srinivas Yadav, who holds the Veterinary & Animal Husbandry portfolio that makes him the minister in charge of the veterinary facility where the 26-year-old worked, also told #KhabarLive that the “reconstruction of the crime scene” that led to the encounter killing in the wee hours of Friday in Hyderabad “wouldn’t have happened without permission from above”.

When asked if the encounter could have happened without the knowledge of the top leadership, he said, “Correct. You know, the reconstruction of crime happened with instruction from above. 100%. Telangana state is very strong in taking immediate action,” said Yadav.

When asked again if it could be said that the encounter had the CM’s permission, he said, “Not permission. But when police have to take action, what can we do? Not permission, but pressure for immediate action,” said Yadav, who holds the portfolios of Animal Husbandry, Fisheries, Dairy Development Corporation and Cinematography.

Asserting that he is “happy” about the encounter killing of the rape accused, Yadav said, “All over India, people are happy. I feel proud to be part of this Cabinet.”

He said this “is a message for all over India. A message for (the protection of) our girls when there are so many rape cases”.

Yadav further pointed out that it has been seven years since the December 16 Delhi gang rape happened. “But nothing has happened. It was an important case for the whole world, for India. So it is a message that there is no law at all. People go to jails, come out and get the opportunity to do crimes again. This is the condition in India. So, in this case, this (the encounter) is a strong message all over India,” Yadav said.

After the November 27 rape and murder of the Hyderabad veterinarian, there was intense pressure on the government, with questions being raised about the absence of CM Rao when a serious crime had happened in the state – the CM was in Delhi attending a wedding.

Saying that he is very happy with the encounter killings, he said, “The credit goes to the Chief Minister”

Yadav pointed at how BSP chief Mayawati and the mother of the Delhi gang rape victim had praised the Telangana government after the encounter. “Yesterday, all over India, this was the only national news,” he said.

When asked about concerns raised by human rights groups, including the National Human Rights Commission, he said, “Such people can say (anything). What about the (victim’s) family? What do they tell them?”

Yadav also expressed doubts about whether justice would have been served if the four accused had gone through a judicial process. “That will be unending, no? Indian law, Indian judicial process… will go on forever,” he said. “All over India, people know that Indian judiciary is much delayed and people suffer a lot. Even Nirbhaya’s mother spoke on this. Such is Indian law. Lots to change. And people have to think about it.”

ALSO READ:  Red Alert Sounded In Telangana For 'Every Hour One Covid Death'

Impact: As the news published on #KhabarLive columns, the Telangana Minister Talasani Shrinivas Yadav clarified that the controversial statement, wherein he had reportedly said that the encounter in Telangana where four men accused in rape and murder were killed was a lesson that anybody who commits such heinous crime can expect to be eliminated in the encounter, has been “misinterpreted.”

“What I said at the beginning, what I said at last..they are cutting it and pasting it in middle. That is not the proper interpretation. It is not correct,” he said while speaking to #KhabarLive.

The Minister while speaking stressed that Telangana administration took immediate action and arrested the accused.

Speaking about the encounter, the Minister said, “They (accused) were taken at the place for scene reconstruction. They kept misleading. They started pelting stones at the police. They tried to fire after snatching revolver from ASI. But the law is there for self-protection. They (Police) took action according to law.”

But he highlighted that a message has gone in the country in the aftermath of the entire episode.

Telangana minister backed the alleged killing of four accused in the murder-cum-rape case of a veterinarian near Hyderabad in an encounter saying that anybody who commits a crime so cruel can expect to be eliminated in a police encounter.

“This is a lesson. If your conduct is wrong, you won’t benefit from any court trial, prison sentence or subsequent bail as the case drags on. There will not be anything like that anymore. Through this, we have sent across a message that if you do something that’s so wrong and cruel, there will be an encounter,” Talasani Srinivas Yadav, the State Animal Husbandry Minister, said in an interview with a local television channel.

ALSO READ:  Many Tolichowki Colonies Are Ready To 'Protest With Arms' Against 'Official Apathy' In Hyderabad

Yadav also termed the killing of the accused, an incident condemned by rights groups and senior officers in the judiciary, as an example of the K Chandrashekar Rao government’s commitment to alleviating the law and order situation in the state.

“This is a very strong message we have sent. This is an ideal we have set for the country. We are setting a model not just through our welfare schemes but also through our handling of law-and-order issues,” the senior minister said, adding that picking on the Chief Minister in this regard will not help because there are many who support him.

All the four accused, who were arrested on charges of raping and setting the woman ablaze accused in Telangana’s Shamshabad on November 27, were shot dead in police encounter after they allegedly tried to escape while the crime scene was being reconstructed, a development that drew sharp criticism from various quarters including, rights groups and senior officers in the judiciary.

The police’s action received mixed opinion with some claiming that the move would act as a deterrent and help stop such heinous crime, while others criticising the encounter, saying the accused were killed without being given a chance to prove their innocence in court.

Earlier, Cyberabad Commissioner VC Sajjanar had told the media that the police action was a retaliatory move and that they shot down the four only after they attacked them with stones and sticks.
#KhabarLive