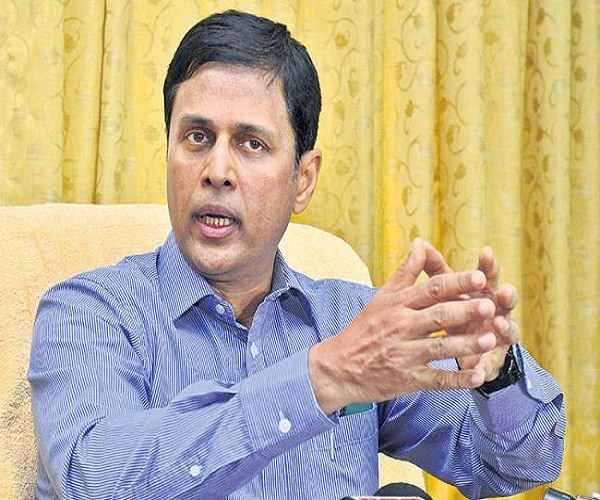 With Telangana slated to hold the election to the 17 Lok Sabha seats on April 11, chief electoral officer (CEO) Rajat Kumar spoke about the poll preparedness and related issues. The ‘ghost’ of missing votes shall be completely put to rest as it was found during recent verification that only 3% of the deleted 35 lakh voters in the 2015 Aadhaar-EPIC card linkage were re-enrolled, implying that 97% of the names deleted were genuine, Rajat Kumar said in an exclusive interview to #KhabarLive.

The CEO appealed to the voters of Telangana to check their votes immediately and apply till the final supplementary rolls are published on March 25. Excerpts:

During the 2018 Telangana assembly polls, the biggest issue was that of missing and bogus votes in electoral rolls? Can we expect this will not be repeated during Lok Sabha polls?

The ghost of missing votes has to be completely put to rest. We witnessed a record turnover during assembly polls and there were few incidents of missing votes in Hyderabad city. The door-to-door verification by booth level officers found that only 3% voters were wrongly deleted.

Polling in several booths in Telangana started late by half an hour to one hour in the assembly polls due to initial hiccups and human errors in handling EVMs and VVPATS? Is the staff trained to prevent recurrence of such a delay?

The delay occurred at certain places during recent polls not due to the machines but due to lack of confidence in the presiding officers who were for the first time operating VVPATs linked to EVMs.

Most had first-hand experience. Some 95% presiding officers will be the same for LS elections. Apart from that, we have started ‘Chunav Patashala’ training camps for 34,600 officers where they are training in operating control unit, ballot unit of EVM and VVPAT. We will complete the training by March 23. In Telangana, we have added a mock polling session in the training. We are hoping this time there will be no delay.

Police and income tax authorities seized more than ?140 crore worth cash and liquor during the 2018 polls. Did the probe agencies establish a political link to the seized cash?

The aim of seizure is to curtail free flow of cash. We could successfully curtail it during last elections.

Out of the cash seized, genuine money, which is around 70 to 80% of the seized cash, was returned after verification by district-level committee. The curbs on unaccounted cash flow have also helped stop the flow of black money in real estate sector. Regarding other cases, it will take time to establish political linkage. In 2014, 1,632 cases were booked, out of which 35% ended in conviction.

How are the security arrangements and forces deployment for LS polls?

The election commission has asked for 276 companies of paramilitary forces, and are hoping we will get them all as we approach the election date. Currently, 60 CPMF companies are on the way, and we will be getting them in two to three days. They will be deployed initially for area domination and confidence-building measures.

Apart from that, we have sought for 19,000 policemen from neighbouring states which are not going to polls in Phase 1. Besides, we have Telangana police personnel numbering around 35,000. #KhabarLive