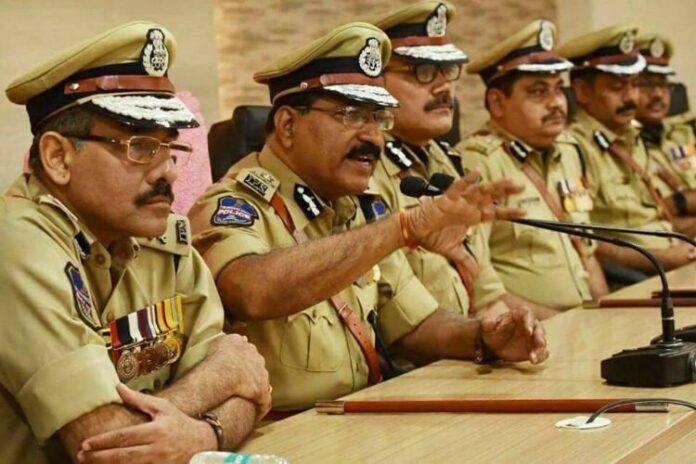 Ask any management expert about ushering in a change and then managing it in any organisation, he would concede that it is going to be the most difficult and complex task. If the change is managed well, organisations transform themselves into the most efficient ones, but if not, they slip into a moribund condition and become ineffective. Nevertheless, it is an accepted principle that the task of ushering in change and managing it may be difficult but not an impossible one.

It may be a tad easier to manage the change in the case of private organisations where there are more possibilities of the stakeholders falling in line and embracing it quickly. But the process gets more complicated if it were to be a government organisation. In the private sector, there is an element of enforced self-discipline and one could identify and encourage the friendly employees who are ready to embrace the change and nurture their enthusiasm so that they become role models.

In government organisations, however, this gets extremely complicated as the stakeholders would mostly prefer the status quo and generally resist any change. A minuscule segment, which is willing to adapt itself to the change, would feel disheartened by the general disapproval and status quoists.

Case of Telangana Police
This is where the leadership counts. If the leaders are convinced that change is necessary, they must also ensure that the transition happens quickly. The quicker the stakeholders adapt to the change, the less possibility of the organisation witnessing friction. When a change is initiated and delays occur, the organisation finds itself in a piquant situation, like the Telangana police, which is going through the throes of change.

The Telangana Police department is one of the earliest government departments in the country to opt for undergoing a change. Supported by the allocation of sufficient funds by Chief Minister K Chandrashekhar Rao, the police department made rapid strides in no time. Telangana was perhaps the first State in the country to invest in improving the police infrastructure. With funds being released as promised, the police leadership acquired modern vehicles, constructed new buildings and brought in the latest technology.

For the first time, the department also allocated adequate funds for maintenance of police stations, extra salaries were sanctioned for difficult jobs, etc. Hitherto, the entire expenditure on police agencies, other than the salary component, was mostly on acquisition of equipment like bullet-proof vests, weapons, ammunition, night vision equipment, etc. But, the focus changed after the formation of Telangana.

Waves of Change
The first wave of change that swept the police department was, among others, introduction of modern patrol vehicles, providing a workable atmosphere at police stations by constructing new buildings, recruitment of adequate number of police personnel to address staff shortage, and bringing in newer technologies for better policing. For this first wave of change, funding was the most crucial component and Chandrashekhar Rao ensured that money was not a constraint.

There were efforts to bring about an attitudinal change among the police personnel, but the success on this second wave of change was not as good as in the case of adaptation to the first wave, though both were taken up simultaneously. Perhaps, this is where the police department appears to be caught in the throes of a change now.

Take the example of newer initiatives like formation of SHE Teams for protection of women, e-challan system reducing the police-civilian contact in enforcement of traffic rules, adoption of technology to check drunk driving, using social media tools like Facebook, Twitter or WhatsApp to reach out to the people…the change was internalised quickly. For these initiatives, societal acceptance was also high and the police personnel too realised its benefits.

Reluctant Officers
But all was not hunky-dory. There was some perceivable resistance to change. Look at the general reluctance on the part of the police officers to register a case irrespective of the jurisdiction in which a crime occurred. The recent brutal abduction, rape and murder of Disha stands as the best example of this change resistance.

Despite clear instructions that an FIR has to be registered irrespective of the jurisdiction in which the purported crime has occurred, police officials in the Shamshabad station did not act on the information provided by Disha’s parents about her missing. A sub-inspector and two constables were later suspended. In a similar incident, the Hyderabad Police Commissioner had transferred an Inspector of Tukaramgate station for not immediately acting on a woman missing complaint.

Why is this resistance to register cases? One has to look at this tendency through the prism of change management. Despite the police department adapting to the change in respect of use of technology or some novel ideas, most of the stakeholders appeared to resist the attempt to inculcate an attitudinal change, as they are believers in ‘status quoism’. They take solace in the comfort zone offered by status quoism.

Hence, a general unwillingness develops on account of a variety of factors like the fear of change itself. This fear again stems from the belief that they may not be suitable to adapt to the change. And most importantly, these change resistors, perhaps, continue to see the police department as an instrument of the state to enforce ‘law and order’, rather than it being a ‘service provider’.

That the police department is like a service provider is the message the police top brass seeks to convey at every opportunity. The publicity blitzkrieg on this count has created a societal aspiration that the police department will swing into action and come to the rescue of the needy with just a WhatsApp message or a mention on Twitter. But in reality, when an aggrieved father of Disha sought help from Shamshabad police, he had only interacted with an insensitive ‘Khaki Authority’, who possibly sniggered at the complaint itself.

Exemplary action should be taken against these change resistors. The police leadership must also ensure that this stringent action goads others to embrace the change. After all, change is not an event but a continuous process. #KhabarLive