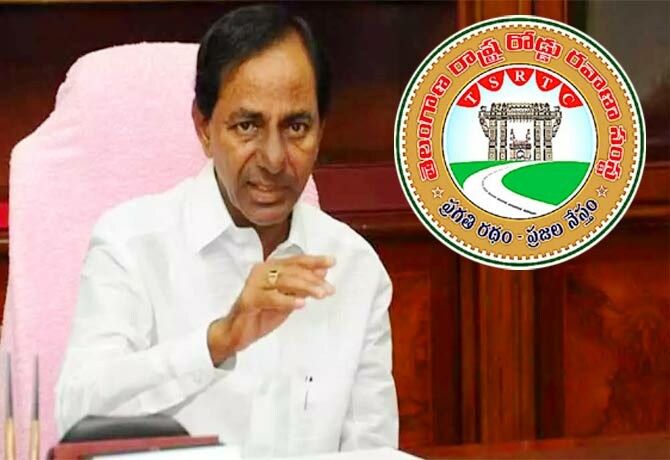 It has been for the past 20 days, over 48,000 employees of the Telangana State Road Transport Corporation (TSRTC) have been on an indefinite strike demanding merger of the loss-making corporation with the State government and 25 other issues pertaining to the corporation.

Ironically, neither Chief Minister K Chandrashekar Rao nor his coterie of officials who are supposed to keep the former posted about the ground realities seem to be empathetic.

It may be recalled that the Telangana High Court has directed the State government to straighten out the matter within this week. Following the court’s directions, the Chief Minister convened a review meeting on Tuesday and asked a panel of RTC Executive Directors to prepare a report on issues raised by the agitating staff within this week itself. So far, so good.

But what is baffling the striking employees and the watching public and media alike is a press release issued by the Chief Minister’s office after the review meeting on Tuesday. In the release, the State government claimed that it was ready to look into the demands put forth by the agitating corporation employees “since they have voluntarily withdrawn their demand for merger of RTC with the government”.

ALSO READ:  Hyderabad's 'Ganga-Jamuni' Culture - In A Style Of Its Own!

However, working president of the TSRTC Joint Action Committee Ashwathama Reddy was quick enough to respond denying any such agreement with the government. He said the striking employees were not even invited for negotiation and wondered how the government could claim that they had dropped the demand for merger.

While expressing shock over the government’s false claims, he said the Chief Minister was being misled. Whatever is the truth and rationale behind the claims and counterclaims, it is the common people who are put to hardship. While the Constitution provides rights for employees to strike work in order to get their myriad issues addressed, the doggedness on the part of the government is beyond the comprehension of common man who is left in the lurch during the government-employees standoff.

At the onset of the agitation, it may be recalled, the Chief Minister declared that the striking employees ‘dismissed self’ by not attending to duties, much to the chagrin of the RTC staff and their families. Though the employees and their families took it to the streets in order to put pressure on the government officials to get their issues resolved at the earliest, the Chief Minister seems to be unyielding. However, Transport Commissioner Sunil Sharma has set up a committee to prepare a report on the ongoing strike in a day or two after examining the demands of the striking unions.

ALSO READ:  Why TRS Leader 'Harish Rao' Has To Walk The 'Political Tightrope' In Telangana?

Though the Chief Minister directed the officials concerned to make parallel arrangements until the unions call off their strike, the fact of the matter is commuters are far from being getting any sort of relief. In fact, the inexperienced contract drivers hired by the corporation are sending chill down the spines of travellers rather than helping them mitigate their travel blues.

Instead of blaming the Opposition parties for extending their support to the striking employees, the Chief Minister should work out an action plan to end the miseries of striking RTC staff and millions of commuters. He is capable to do that. After all, it was the same corporation employees who played a key role during the agitation for separate statehood, which eventually put Chandrashekar Rao in the chair of the Chief Minister. #KhabarLive