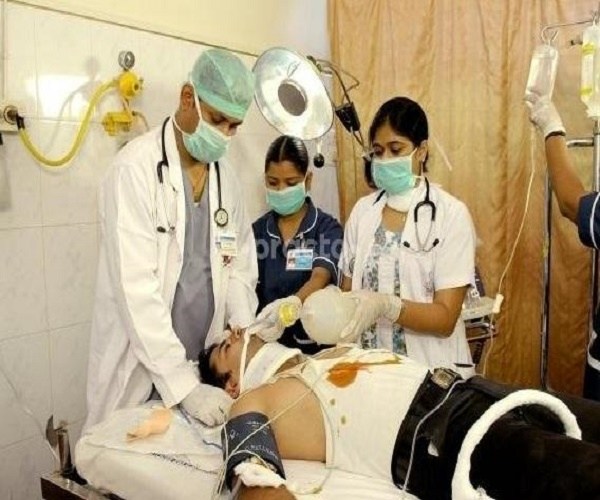 Though the elective medical treatment and surgery in state-run hospitals in Telangana is found to be encouraging, courtesy of various steps and initiatives taken up by the TRS government, a lot needs to be done as far as emergency medicine is concerned.

No state-run hospital in the state has such a department although they have many different broad and super-specialities. Part of this problem is also related to the lack of presence of PG (Emergency Medicine) course in state-run medical colleges.

Patients of grievous injuries to their head or any part of the body could be saved if given proper treatment in the golden hour. In emergency medicine, “Golden Hour” refers to the immediate one-hour time period following a traumatic injury, during which, chances of preventing death by way of prompt medical treatment are the highest.

Emergency medicine (EM) specialists deployed in casualty and ICU wards in a hospital attend to critical cases and stabilize their medical condition and later hand them over to specialist doctors to start necessary treatment. Medicos pursuing emergency medicine are well trained to give preliminary treatment to patients coming with any kind of injuries, chest, respiratory, orthopaedic related issues and stabilize their health condition for the next three to four hours before specialist doctors take over. Even they are given the training to perform delivery for a pregnant woman in case of deteriorating health condition.

Due to lack of emergency medicine specialists, it is mostly MBBS doctors and interns, who are discharging duties in casualty wards in big tertiary hospitals in the city. Telangana Junior Doctors have been urging the government to establish an Emergency Medicine (EM) department for quite some time.

According to T JUDA chairman Dr PS Vijayender Goud, Emergency Medicine is the need of the hour to extend improved healthcare and increase life-saving chances to patients admitted to casualty ward. He said that a representation has been given to higher-ups in the Health department and they have been made aware of this subject.

Former NIMS Director Raja Reddy said Emergency Medicine has picked up leaps and bounds in the last 20 to 30 years with nations like US and UK including it in their healthcare system. The Telangana government should also focus on this and take necessary steps, he felt.

NIMS, Panjagutta which is semi-autonomous institution, has realised the importance of Emergency Medicine and took steps to constitute a department and also start a PG course with 2 seats two years ago. NIMS EM HoD Prof Ashima Sharma said her department has five faculty members including one professor, one additional professor and three assistant professors, out of which one is set for associate professor promotion in the next three months.

She said NIMS EM has been doing a great job and cited the statistics of last year to prove her point. Out of the 19717 cases admitted to NIMS emergency ward in 2018, lives of 19130 patients were saved, Prof Ashima added.

In private medical colleges, that are more than a dozen, Kamineni Institute of Medical Sciences in Narkatpally is the only college that established this department and PG course with two seats with far-sightedness. Another medical college having a noted corporate hospital is taking steps to establish the department of EM.

Sources stated that the government medical colleges were in a helpless position as far as establishing EM department is concerned due to the reluctance of Professors or Associate Professors from other departments to shift here on deputation due to hectic nature of the job where one should be ready to work 24X7. Although the MCI has relaxed rules from four senior faculties to just one senior faculty for establishing the EM wing, still there are no takers. With no faculty available, even the PG course cannot be started in any government medical college, sources add.

ALSO READ:  How The 'Gurram Cheruvu' And 'Balapur Bund' Broken During Torrential Rains In Hyderabad?

In Advanced Trauma Life Support programme, as part of Emergency Medicine, one is given a systematic, concise approach to the care of a trauma patient. ATLS was first introduced in the US in 1980. It provides a safe and reliable method for immediate management of the injured patients. The programme teaches how to assess a patient’s condition, resuscitate and stabilize him or her, and determine if his or her needs exceed a facility’s capacity so that necessary steps could be taken in nick of time to save life. #KhabarLive