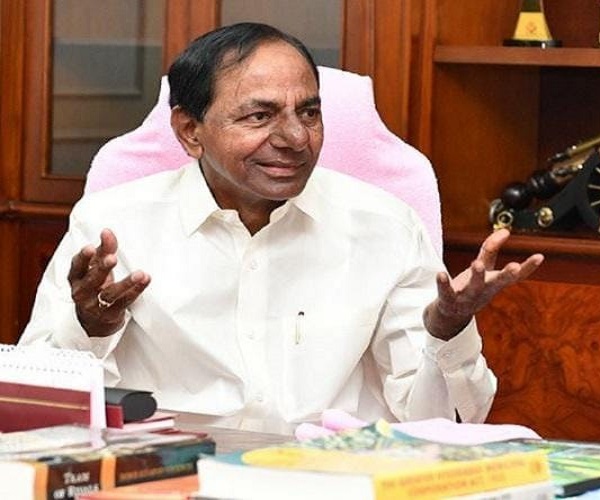 In the meeting, the issue about the mounting public interest litigations (PILs) against the state government in the High Court was discussed in detail. About 87 PILs have been filed in the Telangana High Court so far, significantly against the government’s low testing, inefficiency in handling the COVID-19 cases, and non-transparency.

The CM, at the review meeting, reiterated that officials are facing problems and hardship due to the daily hearings. “Every other person is going to the High Court on the coronavirus issue. So far, the High Court has admitted 87 Public Interest Litigations. Due to the daily hearings, the officials are facing problems and hardship.
Senior doctors and other officials, who are working day and night, giving treatment to the needy, are forced to spend a lot of time attending the court proceedings. In this hour of crisis, these senior officials had to leave their primary duty and are spending time to prepare for the court hearing and to attend the hearings.”
The Chief Minister’s office, however, went a step ahead and recorded in a statement that all these court proceedings were bringing down morale. According to the CMO, government officers and doctors told the CM that ‘based on the comments made by the High Court, some media organizations are also reporting in such a way as to convey that the state government is not doing anything on the matter. This is shattering the morale of the medical staff who are rendering the services by putting their own lives at stake’.
The CM instructed the officials concerned to file an affidavit in the High Court regarding information that the court sought.
“Calling the petitions a waste of precious time will not stop us from fighting for our fundamental rights,” said Chikkudu Prabhakar, the counsel for some of the petitioners who filed PILs against the government. “I was the one who filed the first and the second petition.
When the government is not implementing its duty to the people of the state and not working in the interest of the people, then the public has the right to file a PIL. The Telangana government is testing very low when compared to other governments and the treatment is also not on par. The protection of life is a fundamental right of every citizen. I will continue to fight for the fundamental rights of citizens,” he said.
Incidentally, it is not the first time that KCR has expressed disappointment over the High Court summoning state bureaucrats and health officials. Last month, when the High Court had ordered the state government to carry out COVID-19 testing on dead bodies, the CM had expressed disappointment back then as well and also decided to move the Supreme Court. Even back then, the CM had claimed that precious time of senior officials was being wasted in attending court proceedings.
According to Congress Spokesperson Dasoju Shravan Kumar, KCR is projecting the High Court as the villain. “CM KCR is saying that the state is suffering because officials are being summoned daily by HC. This is just an effort to cover up the failure of the government in handling COVID-19. It is highly objectionable on the part of the CM to project the High Court as the villain.
In the context of the irresponsible attitude of the government towards COVID-19, people have gone to court to ask for better treatment and more testing, which is legitimate and a constitutional right of the people. After all, Telangana is part of India that is governed by the Constitution. I wonder if the CM is thinking if there is some special constitution for Telangana that people are not allowed to go to court for justice,” he said.
BJP Chief Spokesperson Krishna Saagar Rao said, “It’s outrageously juvenile that CM KCR is complaining about the Telangana High Court summoning the senior IAS officers, instead of realizing that his government and his officers are doing too little in dealing with the serious COVID-19 crisis in the state.”
Defending the KCR-led government’s handling of COVID-19, Krishank Manne, the TRS spokesperson, said that each government has its own strategy of dealing with a crisis like this.
“Be it Karnataka, Maharashtra or Telangana, several governments are tangled in court cases. The courts should also understand that each government has its own strategy of dealing with a situation like this. Our government is trying to be transparent. During a pandemic like this, all political parties should join hands and work together. Instead, we are seeing minor issues being highlighted on a daily basis.”
Krishank Manne then passed the buck to the Indian Council of Medical Research (ICMR) and its evolving guidelines. “The root cause for most of these issues is that ICMR is unsure about its own guidelines. They keep changing their guidelines. The courts should ideally pull up ICMR and also question the central government. The state government is only following the guidelines being issued,” he said.
Slamming the government’s justification, the BJP Chief Spokesperson said, “It’s quite pathetic to state that the government is following ICMR guidelines when this state stands at the bottom of the charts in COVID-19 testing in the entire country. Did ICMR guidelines stop KCR from testing more or expanding bed count in the state?”
Earlier, during various occasions, including when the government was questioned about testing only symptomatic patients, Health Minister Eatala Rajender had claimed that the state government is strictly following the guidelines laid down by ICMR. #KhabarLive #hydnews
Related Links
ALSO READ:  India's Blind Cricket World Cup - Glorious Feat Goes Unseen