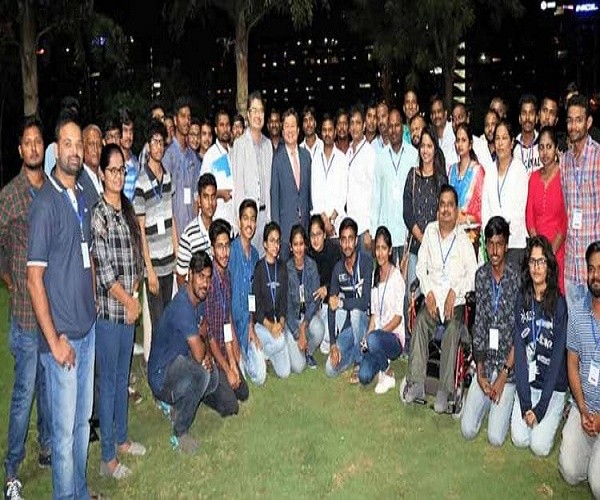 For the first time in India, Telangana has successfully hosted a Pre-Political Hackathon. The 15-hour hackathon that was conducted in the IT corridor provided a platform for techies, enthusiasts and innovators to address challenges in a unique way. Representatives of a Korean delegation who witnessed the hackathon appreciated the effort.

The hackathon was organized by Telangana Information Technology Association (TITA) in association with Voice of Digithon and Hackathon Group. About 150 professionals from 50 companies took part in the hackathon which will enter the final stage by the end of this month.

The Political Hackathon has been designed in such a way that both political leaders and citizens can pose issues that need solutions. For instance in the political arena-How can one improve the voting percentage in the elections and what can parties and their leaders do? How can be rigging addressed?

The Election Commission has provided certain suggestions and recommendations for the initiative. For this purpose TITA team had interaction with the Election Commission Joint CEO Amrapali last week. The first Pre-Political Hackathon was held at Phoenix IT Park in Hitec City on November 4 and 5. In addition to the IT corridor, the hackathon will be held in all the constituencies of the State.

Korean representatives who came as a part of a delegation included Kelvin and Kim witnessed the unique hackathon conducted by TITA and expressed that such an initiative strengthens the democratic system. They also were amused by the IBM project that aimed at improving the voting percentage.

Hackathon Founder Sundeep Kumar Makthala said on the occasion of the successful completion of the Pre-Political Hackathon, with an aim to bring a major transformation in the electoral system, it will prove as a useful tool. The hackathon will pave way for people to share real-life problems for which they seek solutions, while also enabling to bring in systematic implementation of measures to solve those problems.

The people can bring to notice the key expectations of them across parameters that impact the society. They can also highlight the changes/improvements they expect from the electoral system. The hackathon can become a useful platform to find solutions for all real-life problems and challenges.