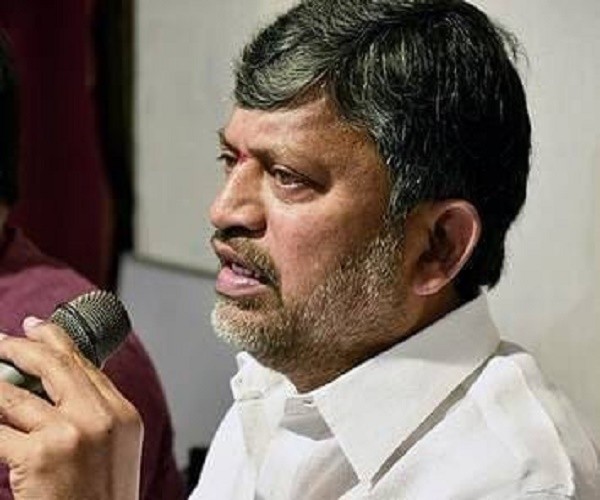 Telugu Desam Party State president L. Ramana has assured that the ‘Maha Kutami’ will work in line with the Common Minimum Programme (CMP), ruling out scope for any post-poll rifts among the alliance partners.

One lakh jobs within a year of coming to power, and pension increase to ₹ 3,000 will be part of the manifesto under preparation, and implementation of the CMP will be monitored by a committee to be headed by the Telangana Jana Samithi Chief M. Kodandaram, Ramana said while interacting with media at the ‘Meet the Media’ programme organised by the Telangana Working Journalists Federation and Hyderabad Union of Journalists.

TDP has taken a decision not to be obstinate when it came to seat allotment as part of the ‘Kutami’, and the candidates have been selected based on their local strength. Issue of rebels will be addressed after the last date for nominations, he said, and assured that TDP is well known for its poll management strategies.

Answering to a question on political parties with divergent ideologies coming together against the ruling TRS, Ramana said caretaker Chief Minister K. Chandrasekhar Rao is the reason for the ‘Kutami’, which was formed in response to his attempts to eliminate opposition.

He lashed out at the Chief Minister and the TRS government, and said never before was such misrule seen in the last 70 years of Independent India. Public debt has grown from ₹ 68,000 crore to ₹ 2 lakh crore during the four budget years, and projects are being taken up without any cost-benefit analysis, but only with an eye on the kickbacks from contractors.

Land and sand mafia, plunder, and lawlessness have spiralled in the last four years, and atrocities on Dalits have increased manifold, Ramana said, and cited Nerella incident where Dalits who questioned sand mafia were allegedly insulted, beaten up and kidnapped.

TDP has always given representation to underprivileged sections, and minorities, and opportunities were provided for them to become Central ministers and even Lok Sabha speaker, while Chandrasekhar Rao had gone back on his promise to make a Dalit the chief minister of separate Telangana state. The Telangana society has fought feudal lords, and is not in a position to accept tyranny anymore, he added.

Answering to a question on women’s representation, Ramana said women have lost their self-respect during TRS rule, and it was TDP which had given space to women in politics.

Responding to queries about arch rivals TDP and Congress coming together, Ramana said a friendly hand was extended to TRS with a hope to build strong opposition against the Central government, which Chandrasekhar Rao has repudiated. “It is very obvious that the TRS has a tacit understanding with the BJP. TRS is not new to such alliances. There were times when TRS allied with Congress, TDP and also CPI(M), and now they are in tacit alliance with MIM,” Ramana responded. #KhabarLive