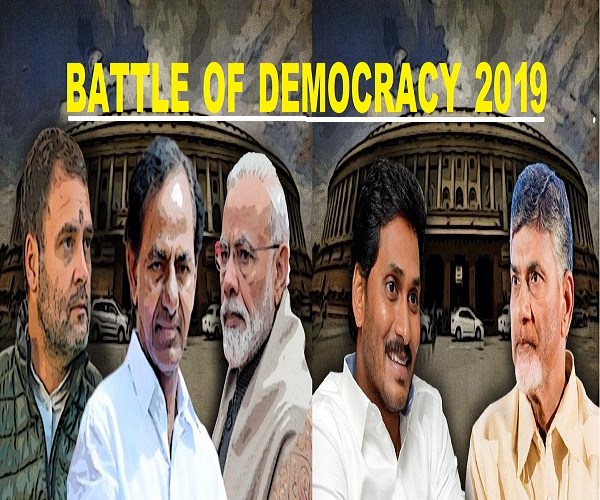 The political contest in Telangana will largely be between the TRS, and the Congress, with BJP as a third player. Elections to 17 Lok Sabha constituencies in Telangana will be held on April 11, 2019. The Election Commission of India announced on Sunday that the state will see a single phase election. The counting of ballots for the entire country will be held on May 23.

The political contest in Telangana will largely be between the TRS, and the Congress, with BJP as a third player. The ruling TRS will hope to keep their momentum going, with the party having won a sweeping mandate in the Assembly Elections that were held in December 2018. The TRS also went on to win the Panchayat elections in January.

Chief Minister K Chandrasekhar Rao, who has made his national ambitions known, has been attempting to forge a Federal Front with regional parties. While it has received a lukewarm response from those like West Bengal Chief Minister Mamata Banerjee, KCR has won the support of YSRCP’s Jaganmohan Reddy.

ALSO READ:  Will VVPAT Silence Those Sceptical Of EVMs In This Elections 2019?

The TRS, however, will field candidates only in 16 Lok Sabha seats, leaving the Hyderabad uncontested for their ally MIM led by Asaduddin Owaisi. In the 2014 Lok Sabha elections TRS had won 11 seats and the MIM 1.

Playing on the back foot will be the Telangana Congress Pradesh Committee (TPCC), the party lies in tatters in the state post the humiliating defeat in the recent Assembly polls. And most recently, within a span of one week 3 MLAs from the party defected to the TRS. There is dissent within the party and the local cadre are an unhappy lot. This despite several visits by Congress President Rahul Gandhi t to the state.

The BJP had in 2014 won 2 Lok Sabha seats but the party has been unable to increase their voter base in the state. The national party was reduced to a single seat in the recent Assembly polls and have only the Prime Minister Narendra Modi’s charisma to bank on. The party has also been fairly inactive in state politics.

A noticeable absentee from the Lok Sabha election frenzy in Telangana will be Telugu Desam Party (TDP), which may not field candidates in the state. The TDP is already fighting a multi-cornered battle in Andhra Pradesh against the YSRC, BJP, Jana Sena and against their new-found ally the Congress, in both Lok Sabha and state Assembly elections.

On the other hand, the Andhra Pradesh to go to simultaneous polls on April 11. Elections to the 175 Assembly seats and the 25 Lok Sabha seats in Andhra Pradesh, which will see a single-phase election, will be held on April 11, 2019. Results to the Assembly and Lok Sabha Elections will be announced on May 23, 2019, with the counting of votes taking place on the same day.

Andhra has 175 Assembly constituencies and 25 Lok Sabha seats. The state will see a multi-cornered fight. The ruling TDP led by Chief Minister Chandrababu Naidu will square off against Jaganmohan Reddy’s YSRCP. Also, in the fray are the Congress, Pawan Kalyan’s Jana Sena, which has tied up with Left parties, and the BJP.

The state has witnessed a shake-up in poll alliances after the TDP pulled out of the NDA in 2018 after the Centre refused to grant special status to Andhra. While Naidu’s party has voiced support for the Congress-led alliance at the national level, the two parties have chosen to contest independently in Andhra. This after the poll debacle in neighbouring Telangana, where the Prajakutami alliance which comprised of the Congress and the TDP failed to garner much support.

The 2019 elections are the first in the residual state of Andhra Pradesh after the bifurcation in 2014. The TDP won the 2014 Assembly Elections with a comfortable majority of 102 seats, while YSRCP won 67. In the 2014 Lok Sabha Elections, united Andhra which had a total of 42 seats, saw TDP win 16, TRS 11, YSRCP 9, BJP 3, and Congress 2. #KhabarLive