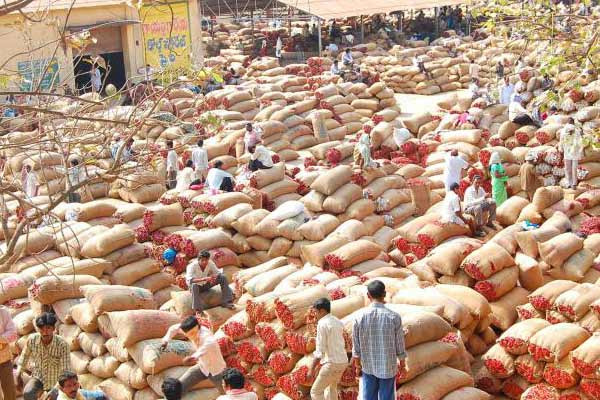 While the commission agents are running the show at the Khammam market yard, officials have become mute spectators. And amidst all the chaos, the chilly farmers have been left to fend for themselves.

Taking advantage of the helplessness of farmers, the agents in chilly market yard are hiking and reducing the prices of chilly at their own will.

Over 20,000 farmers in Khammam, Bhadradri Kothagudem districts have cultivated chilly in around 70,000 acres of land this year. The farmers were expecting good price for their produce but the commission agents colluded and reduced the chilly price.

Till February 15, chilly fetched anywhere between Rs 10,000 to Rs 12,000 per quintal, which was quoted as a reasonable price by the farmers. However, the commission agents suddenly brought down the prices from Rs 12,000 to Rs 7,000 per quintal.This sudden crash has left several farmers, who had planned to repay their loans, in a state of shock. Left with no other option, they had launched an agitation.Thursday’s protests at the chilly market yard is just another instance of how commission agents control the pricing mechanism at the market yards. #KhabarLive