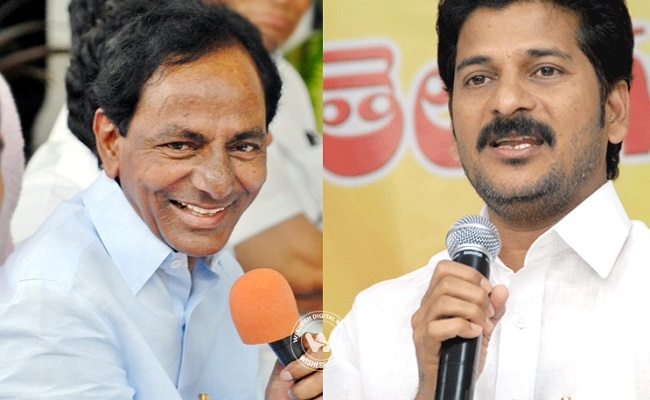 With firebrand MLA A Revanth Reddy from Kodangal assembly constituency in Vikarabad district shifting his loyalties from Telugu Desam Party to the Congress, the ruling Telangana Rashtra Samithi has started working out strategies to take on the two-time MLA.

As part of the strategy, the TRS leadership has decided to sanction a series of developmental works in Kodangal constituency.

The Chief Minister directed officials to take necessary measures for immediately grounding of the developmental works in the Kodangal constituency.

While the TRS leaders are hopeful that these measures would turn the voters towards the ruling party, Revanth Reddy camp is claiming it as a psychological victory for the MLA.

For the last three and a half years, Revanth had made several representations to the government and raised the issues in the assembly with regard to developmental works in Kodangal, but KCR had turned a nelson’s eye.

ALSO READ:  Why 'Ganesh Chaturthi' Can Never Be Complete Without 'Modaks'?

“Now that Revanth has joined the Congress and started attacking the TRS government, KCR has hurriedly sanctioned the works. The credit will go to Revanth and not the TRS leaders,” a leader from the Revanth camp said.

Gurunath Reddy, who was an old war horse from the Congress, lost twice to Revanth in the last two elections – first on Congress ticket and then on TRS ticket. This time, he is trying his luck again and hoping to defeat Revanth! #KhabarLive