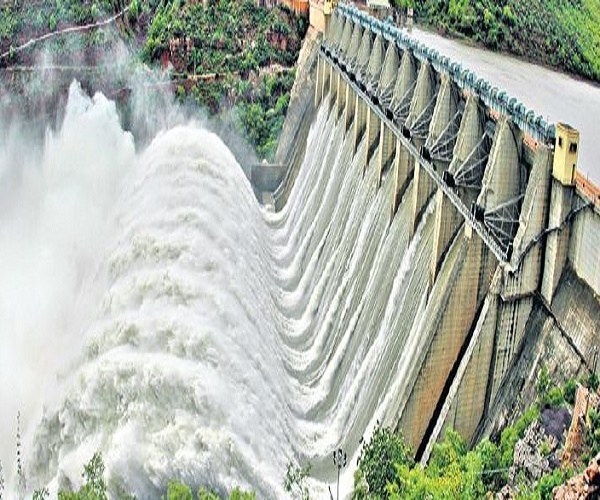 One of the main reasons for the statehood movement was equitable and reasonable utilisation of river waters in the Telangana region. However, it is interesting to know that the State’s future water utilisations in Krishna and Godavari rivers were foreclosed by the same Acts, which formed the State namely, The Andhra Pradesh State Re-organisation Act of March 2014 and its Amendment Act of May 2014.

Ever since its formation, Telangana has been striving hard to overcome the situation by making agreements with the neighbouring States with a co-operative approach and requesting the Union government for justice through existing constitutional avenues.

Equitable and No Harm
It is relevant to look at the prevailing international watercourse laws. Articles 5 and 6 of the United Nations Watercourse Convention, 1997, closely follow the pattern set by the Helsinki Rules, ie, “the principle of equitable and reasonable utilisation”, and it is the cornerstone of the convention. However, Article 7 related to the “obligation not to cause significant harm” to the other watercourse States was introduced into the convention at the behest of some lower riparian States. Indeed, these States are often more advanced economically and technically and, are, therefore, anxious to preserve the status quo of existing utilisation.

A careful reading of the convention reveals that the essence of the UNWC is that the duty to “no harm principle” is a secondary obligation to the primary “principle of equitable and reasonable utilisation”. Professor Lucius Caflisch clarified that if the no-harm rule were to prevail over the principle of equitable and reasonable utilisation, it would heavily advantage the lower riparians and disadvantage upstream States, and “the economic and social growth of any newcomer, in particular, upstream countries, would be stunted”.

Telangana’s Case
The State Re-organisation Commission had recommended against the merger of Telangana with Andhra stating that “Telangana people do not wish to lose its present independent rights in relation to the utilisation of the waters of the Krishna and the Godavari ” and the Andhra leaders wanted “independent political jurisdiction, namely, that of Telangana, be eliminated” for having their hold on the waters of two great rivers. The Andhra leadership lobbied successfully at Delhi for the merger in 1956. Telangana became a mere region within the State of AP. Being a region, it could not participate directly before the Tribunals. With only one-third of the population in the combined Andhra Pradesh, politically Telangana became subservient to majority Andhra.

Almost the entire geographical area of Telangana — 99.5% to be precise — falls in only two river basins namely, Godavari and Krishna. The decisions of the Water Dispute Tribunal on both the rivers existed by the time Telangana was formed. The then Andhra Pradesh government acquired and later claimed rights to the water abstracted for the projects, on the basis of historic and existing uses, by submissions before the Tribunals. It also established its rights through various means such as the Telugu Ganga Project under the guise of drinking water supply to Chennai, got sanctions to Srisailam Right Bank Canal, taking up constructions selectively through various legislative and executive actions, etc.

The projects contemplated by erstwhile Hyderabad State were not properly presented and inter-State agreements of Hyderabad State were not pressed before Tribunals. Telangana region’s equitable and reasonable utilisation was disregarded. In effect, by 2014, Telangana’s future uses were foreclosed by the combined AP. If basin parameters are considered, the allocations and utilisation of waters of Godavari and Krishna are much in excess for AP and far less for Telangana, of their entitled share as per the ‘principle of equitable and reasonable utilisations.’

Distorted List
The AP Re-organisation Act, 2014, could not address the water issues of Telangana. The influence of the people, interest groups and pressure groups of powerful Andhra elite were clearly perceptible in provisions of the Act. Though the KWDT–II got an extension under Section-89 of the States Re-Organisation Act, the references given to it got a limited scope. To overcome it, Telangana complained to the Central government under Section-3 of the ISRWD Act, 1956. It has been pending for the last five years.

Ironically, the Re-organisation Act contains a distorted list of projects containing the outside basin projects, serving far away areas of Andhra Pradesh with utilisation of 151 tmc and inside basin projects of Telangana with only 47 tmc of water, and states that they shall continue with the existing water-sharing arrangement.

The Godavari Tribunal settled the Polavaram project FRL issue but left out control levels of projects in the Telangana region such as Pranahita, Ichampalli and Lower Penganga for future agreements. The Amendment Act had transferred seven mandals from Telangana to AP which cut-off grand Sabari river and perennial Sileru hydro-electric project from Telangana.

This phenomenon is better explained in the words Dr Salman, Water Law Adviser to World Bank: “Such downstream riparians would usually invoke the principle of acquired rights and the obligation not to cause harm in the face of claims by the upstream riparians. The upstream riparians’ claims to part of the waters of the shared watercourse under the principle of equitable and reasonable utilisation would be countered by claims of historic rights and existing uses, and the obligation against causing harm by affecting them.”

Importance of Consensus
Eminent engineer ND Gulhati wrote, “A water dispute is best settled by negotiations leading to agreement between the parties.” Worldwide experiences and proceedings of various Tribunals in India have elucidated the importance of the agreements and consensus among co-basin States. It is pertinent here to recall the Brijesh Kumar Tribunal views: “Welfare of the users of the water in the basin as a whole requires focus from those who are in the helms of the affairs. Care and share ie, care for others while sharing and that of Live and Let Live should be guiding spirit.”

The initiative of Telangana in finalising the historical agreement with Maharashtra in 2016, on long pending water disputes, through a ‘give and take’ approach is a testimony. The request of Karnataka to allow it to use Telangana’s share in Tungabhadra water in 2017 was accepted by Telangana. The Karnataka government also responded similarly to the request of Telangana to release Krishna water from Narayanpur dam for drinking water needs of Mahabubnagar district. The maturity shown by the Telangana government in arriving at an agreement with AP in 2015 for sharing Krishna waters temporarily till the Brijesh Kumar Tribunal gives its verdict, is also laudable.

Telangana has set examples in co-operative approach in dealing with water disputes and other inter-State issues, which are essential for good neighbourly relations. #KhabarLive