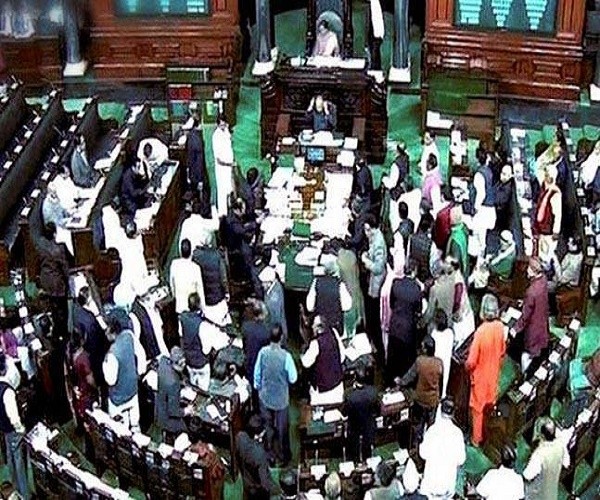 The scenes of Telugu MPs’ protesting over denial of Special Category Status in the Parliament continue to disturb our conscience. If the denial itself is an injustice, continued and enforced disarray only rubs salt into the wounds further. The logic of the verb ‘to be’ is basically two-valued: Things are either thus or not thus.

Propositions are either true or false. Meaningless propositions may generally be eliminated and reasoning presented in such a way that a two-valued logic applies. The demand for Special Category Status was sought to be ‘not thus’ and a special package reasoning was presented in such a way that the alternative would be much better as it would always mean an alternative funding too equivalent to the SCS benefits.

However, this is not what the people are seeking as they are aware of the lacunae in it as funding does no accrue any straight benefits to the people. The very logic that SCS is not the panacea or ‘Sanjeevani’ is skewed. If it was not so, it should not have been proposed in the first place.

Choices made by individuals are indicative of the patterns of thought followed by them. But a swing between the two logics sounds irrational. What would TDP do as the SCS seems to be not forthcoming? It is desperate to paint the wall black for the BJP, while the latter wants to paint it white.

As this is politics and that too a situation where the TDP is in no position to go back to the BJP, having stretched the equation beyond the breaking point, it cannot compromise by painting the wall grey. The compromise may not be arrived at as this would make liars both of them. Here, another pitfall is that the word ‘compromise’ has two meanings: Compromise the difference and compromise one’s integrity.

There is going to be a no honourable settlement at all with regard to the SCS. The Centre cannot change its stance in view of the objections raised by several other States in the past too. Tamil Nadu, Odisha, Karnataka had all objected to the SCS to AP. Telangana did not object, but demanded the same to be conferred on it, if Andhra were to get it. The confrontation with the Centre, thus for the TDP, is of limited choice.

Whether the issue of no-confidence comes up in the Parliament or not, there is little that it would achieve either way. It is only plan of action has to be preparing its counter carefully against the onslaught from all directions. #KhabarLive