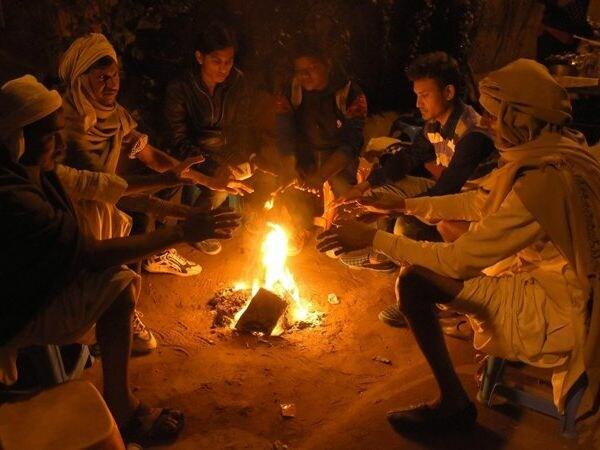 The Adilabad district, the coldest place in Telangana, recorded temperatures as low as 5 to 7-degree celsius at various locations across the district. Other districts in the state have also begun feeling the winter chills with temperatures dropping below 16 degrees across several places including Hyderabad. The IMD informed the media that the drop in temperature in Adilabad was due to cold wave-like conditions that prevailed at isolated places in the district.

The gradual drop in temperature which began at the start of December is due to the north-easterly winds, said N Nagar Ratna, director IMD, Hyderabad to #KhabarLive. The winds that began blowing into the state started showing their impact. The northeasterly winds ideally should have arrived in the first week of December, however, they got delayed due to prevailing winds from the Bay of Bengal. This has delayed winter by a few weeks in the state, informed the official.

In the last 24 hours, Pashamylaram in Patancheruvu mandal of Sangareddy district witnessed a temperature of 11.1 degrees while areas such as Kukatpally, Balanagar witnessed 14.6-degree celsius while Uppal witnessed 13.3-degree celsius. The Musheerabad area within Hyderabad recorded 15.9-degree celsius, informed IMD. The temperatures were recorded at the recording stations of the Telangana State Development Planning Society (TSDPS).

Though the IMD predicted dry weather with no possibility of rain across Telangana, Skymet predicted light rains and thundershower activity in Hyderabad. Both the IMD and the weather website predicts more drop in temperatures across Telangana in the coming weeks.

In the previous year, the minimum temperature in Hyderabad at this time of the year was 12-degree Celsius, however this time the temperature during the nights hovered around just 18 degrees, pointed out Telangana Today. The drop to 15-degree celsius has been observed only in the past 24 hours. #KhabarLive