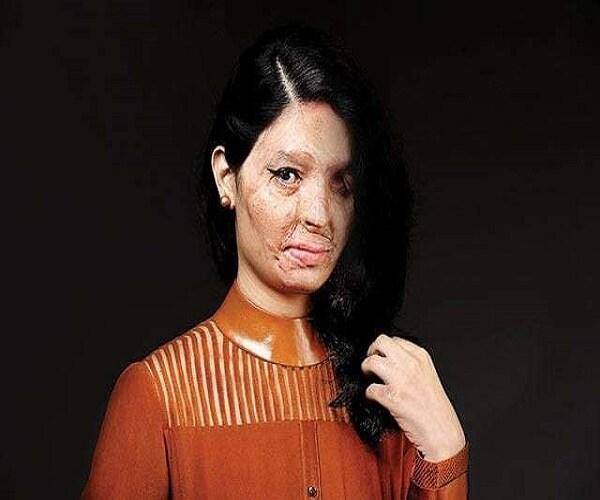 Reshma Qureshi was just 17 when her former brother-in-law poured acid over her face. However, she refused to let the incident dictate her future. She shares her journey with #KhabarLive in an informal interview.

“I was denied medical care for four hours. My family and I approached two hospitals for immediate treatment but were turned away owing to the lack of FIR. Helpless and in urgent need of assistance, we went to a police station, and what followed was hours of questioning—all while my face burned under the effect of acid. It’s only when I started throwing up, did a kind policeman help us initiate medical proceedings. However, by then, I had lost an eye.” Reshma Qureshi narrates the bone-chilling ordeal she and her family were subjected to minutes after her brother-in-law, Jamaluddin, poured acid on her face on May 19, 2014.

The 22-year-old left home with sister Gulshan in tow on the day of the tragedy. While she was slated to appear for an Alimah exam, the latter was in a hurry to get to the police station as the officers had located the whereabouts of her son who was kidnapped by her former husband, Jamaluddin (the two had divorced each other only a few weeks before the incident). Soon after, the duo was intercepted by Jamaluddin, who landed at the spot with two relatives. Sensing danger, the sisters tried to flee, but Reshma was caught and pulled to the ground. “He poured acid all over my face. I believe, my sister was the target but, at that moment, I was attacked,” she says.

In an instant, her world had crumbled. Just 17 at the time, the incident not only scarred her physically but mentally as well. “My family was shattered, and my sister kept blaming herself for what had befallen me. Months after the treatment, when I saw myself in the mirror, I couldn’t recognise the girl standing there. It seemed like my life was over. I tried to kill myself multiple times; concerned, my family members took turns to be with me 24*7,” she explains.

What made the situation worse was society’s tendency to blame and shame Reshma for the tragedy. She would hide her face because of people’s insensitive behaviour. “I was faced with questions like, ‘Why did he attack you with acid? What did you do?’ or ‘Poor thing, who will marry her.’ Do unmarried women have no future?” she questions.

Reshma confesses the biggest challenge for acid attack victims is social stigma. They are forced to hide behind closed doors because in most cases, the culprits are known to them. In fact, just like rape cases, a high number of acid attacks don’t even make it to police files. Several victims succumb to their injuries before FIRs can be filed, and many police stations in villages refuse to record the crime because the victims are acquainted with their attackers.

It was around this time that Make Love Not Scars, a non-profit that rehabilitates acid attack survivors pan India, came as a blessing in disguise. They helped fund her surgeries and recently, she underwent an eye reconstruction in Los Angeles. “The NGO, along with my family, was the biggest support system through trying times. I can’t thank them enough for everything,” she states. Today, the 22-year-old is the face of Make Love Not Scars, and its CEO, Tania Singh has helped Reshma write her memoir—’Being Reshma’, which released last year. Through her book, she aims to humanise acid attack survivors. “People forget the faces behind the tragedies we read about every day. I hope my book inspires people to fight through their hardest moments, and realise that the worst does get over.”

Reshma lodged a complaint against the offenders, and the case is ongoing. One of them was given a lenient sentence since he was a juvenile (17) when the incident occurred. He was released last year. “I too was 17. How do I get out of the situation I was placed in?” she states. The survivor argues that while laws which protect acid attack victims are in place, implementation is a challenge. “We need to invest in more prisons and fast track courts. The backlog in cases is so large that there is no example being set for perpetrators. When there is a fear of consequence, offenders will think twice before committing a crime. In India, cases go on for years, criminals get out on bail and are given early releases to make way for new prisoners,” Reshma explains.

It’s been five years since the attack, and today, Reshma has committed herself to educate those around her about the gruesome act and the toll it takes on survivors. Her effort towards the cause garnered her the opportunity to walk the runway at New York Fashion Week in 2016, making her the first acid attack survivor to do so. The memories of the platform, Reshma admits, will forever be etched in her heart. “A model is supposed to be perfect—beautiful, thin, and tall. I walked the biggest ramp despite being an acid attack survivor, and it showed me the strength of courage and the power of real beauty,” she says.

Reshma is an author, a model, anti-acid campaigner, face of an NGO, and an acid-attack survivor. In the coming years, she desires to become an actress. “Dealing with a tragedy might take all your courage, but one must remember that somewhere in the future are days when you will laugh again, days when you will forget your pain, days when you will be glad you’re alive. It will come, slowly and painfully, but you will live again,” she concludes. #KhabarLive