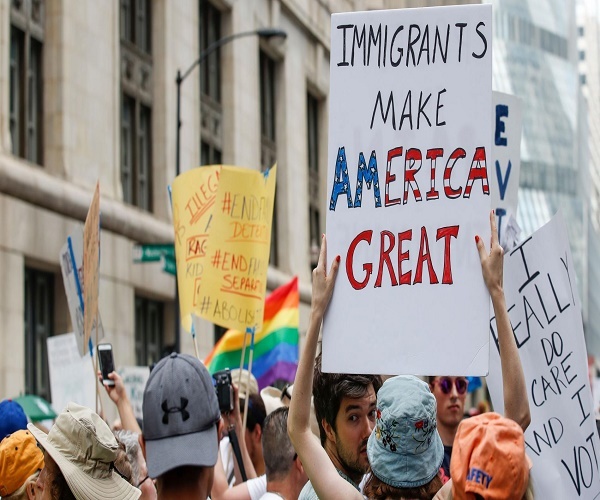 The year 2018 may have put an end to the “American dream” of thousands of Indian techies. The Donald Trump administration continued its clampdown on the high-in-demand long-term US work visa, the H-1B. Indians have been the worst-hit since they receive over three-quarters of the H-1B visas.

The work visa, which allows immigrants to live and work in the US for up to six years and is extensively used by Indian IT companies, has been battered and bruised since Trump came to power in January 2017.

This year, the Trump administration has made the qualifying criteria for the visa tougher, sought cumbersome paperwork and increased the fees, among other things. An iron-fisted crackdown on visa abuses is also underway.

And that could just be the beginning, considering several bills to hike up the wage levels for H-1B visa eligibility and reduce the over-flooding of entry-level talent at big outsourcing firms are on the table.

There was a time when the US saw a need for having a long-term work visa category.
This recent stamping out by US authorities is contrary to their stance on H-1B just a few decades ago.

In fact, there was a time when the US saw a need for having a long-term work visa -category as there was not enough skilled talent in America to fill “specialty occupations.” The need was particularly dire for science, technology, engineering, and math (STEM) fields, which continue to have a higher share of immigrant workers. While less than 1% of all US jobs go to foreign workers, more than 12% of tech jobs do.

And despite the higher participation already, proponents of the Immigration Innovation Act of 2015 are rallying for the cap to be increased over two-fold to plug the skills gap in America.

Here’s a look back at the history of H-1B, which has been a golden ticket to the US for a generation of Indians:

1990: The H-1B is created after president George H Bush signs The Immigration Act, 1990, increasing legal immigration by 40%. The annual cap for the visa is set at 65,000. Though the US has had laws around bringing in foreign labour since 1952, the H-1B differentiated low-skilled workers from high-skilled ones.

1998: The US commerce department issues a report (pdf) predicting a coming shortage of high-tech workers. President Bill Clinton signs the American Competitiveness and Workforce Improvement Act (ACWIA) of 1998, raising the cap for H-1B visas to 115,000 for the years 1999 and 2000. The ACWIA also levies a $500 fee to create a fund to educate and train US workers.

2004: The H-1B Visa Reform Act 2004 (pdf) allows 20,000 more beneficiaries who have earned a master’s degree or higher from a US institution to run for a lottery prior to the mandated 65,000 annual cap. After the 20,000 slots are filled, the remaining applicants go back into the annual pool. The 2004 legislation also imposed an additional $500 fraud prevention and detection fee (pdf) on all H-1B employers. Under the ACWIA, visa fees are pushed up from $1,000 to $1,500. Companies with 25 or fewer employees pay $750. The receipts from this fee went into a USCIS fund to educate and train US workers.

2015: The US introduces an additional fee of $4,000 for the H-1B petitions of employees of companies that have 50 or more people in the US and whose workforce is 50% foreign immigrants. IT majors from India are among the worst hit by this move. But there’s good news, as the US government allows spouses of H-1B workers (on H-4 visas) who are awaiting green cards to apply for their own employment authorisation documents (EAD). The move is widely welcomed as the H-4 visa is seen as a “golden cage” that forced highly skilled Indian dependents to be confined at home.

2017: Since the beginning of his presidential campaign, Trump voices a strong anti-immigrant stance. As soon as he comes to power, he starts sending out strong signals about making it harder to get the H-1B visa. Below is a play-by-play of several administrative measures undertaken by the US government under Donald Trump, according to the Indian government:

March 2017: The USCIS makes the criteria for H-1B petitions tougher for “entry-level computer programmers.” This effectively raises the floor for what qualifies as a “specialty occupation,” and employers seeking H-1B visas for individuals at these levels must now provide further evidence to establish the same e.g., via higher education degrees/ higher wages.

April 2017: The “Buy American, Hire American” presidential executive order targets high-skilled foreign workers and global outsourcing, among other items, proposing changes that would have an outsize effect India’s IT sector.

June 2017: Trump signs an executive order that strikes part of a 2012 order signed by former president Barack Obama instructing the state department to “ensure that 80% of non-immigrant visa applicants are interviewed within three weeks of receipt of application.”

August 2017: Proposed changes to labor condition application (LCA) forms, such as adding the name of secondary employer and university from where H-1B employees qualify, make the visa application tougher.

December 2017: The department of homeland security (DHS) and the USCIS publish notices that they intend to propose several changes to the H-1B and H-4 visa programmes, including rescinding the H-4 EAD policy, changing the criteria for H-1B eligibility, and even scaling back back the STEM optional practical training (OPT) programme, which allow foreign students to stay in the US longer after finishing their studies.

February 2018: USCIS issues a policy memorandum mandating stricter adjudicatory standards and oversight for H1Bs that will be placed at third-party client sites. Administrative burdens and the associated costs rise as requests for evidence (RFEs) get more and more complicated.

The DHS pushes its decision-making timeline on revoking the H-4 EAD from February to June. An outsize implication of this delay is for Indians, who hold nearly 80% of the H4s. Women account for nine in ten of the over 100,000 H4 visas issued annually.

March 2018: The USCIS announced that it has temporarily halted the premium processing facility for the H-1B visa, which allows applicants to fast-track the visa granting process, from the usual three to six months to 15 days, for an additional fee of $1,225.

July 2018: The DHS misses the deadline on doling out a decision on the H-4 EAD programme once again.

September 2018: H-4 EAD provision continues undergoing review and was to be submitted to the White House office of management and budget.

November 2018: A proposed rule gives preference to master’s students from US universities, allowing for their names to be picked in the 65,000 general cap in first, and then run the remaining in the master’s-and-above 20,000 category. The process is expected to increase the number of H-1B holders who have advanced degrees by up to 16%, ensuring that “more of the best and brightest workers from around the world come to America” under the program, USCIS spokesman Michael Bars in a statement to CNN.

With all these roadblocks, and perhaps more to come, Indians are happier returning home or even finding greener pastures like Canada. #KhabarLive