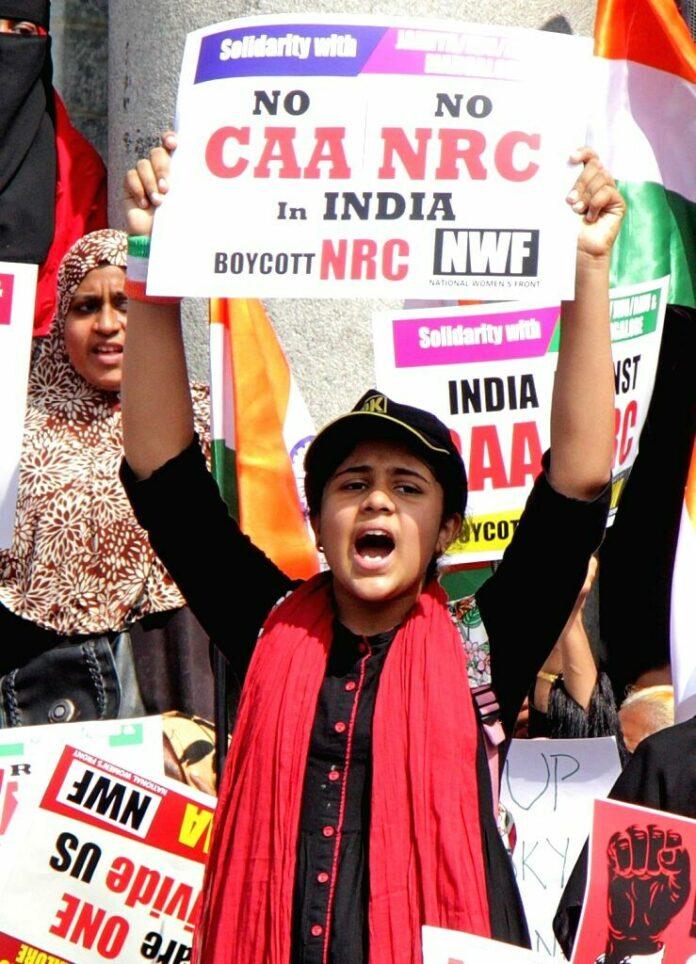 There are ten great claims, which can easily be proved baseless. By the time the reader verifies the claim, the untruth travels long and their IT or social media managers, print and electronic media agents and PR teams will make it viral.

Some claims made by Constitutional office holders and the verified truths that prove the statements as lies are below.

*The claim*: “The CAA has nothing to do with National Register of Citizens (NRC). This is totally separate and its false to link the two”- PM and others.

*The truth*: They are closely connected.

April 2019: Home Minister, Amit Shah said, “First the CAB will come. All refugees will get citizenship. Then NRC will come. This is why refugees should not worry, but infiltrators should. Understand the chronology — CAB will come and then NRC. NRC is not just for Bengal, it’s for the entire country.”

December 9, 2019: Amit Shah said in Parliament that a nationwide NRC would follow the passing of the CAA. During the debate on CAA in Lok Sabha, he said, “We will bring the NRC across the country. Not a single infiltrator will be spared.”

December 19, 2019: JP Nadda, the BJP working president, stated that the CAA would be implemented and, “going forward, NRC also will be brought in”.

He continued, “India is marching ahead under Prime Minister Narendra Modi and will continue to do so. The Citizenship (Amendment) Act will be implemented, so will the NRC in future.”

*The claim*: “I want to let the 130 crore citizens of India know that since my government has come to power, since 2014 there has been no discussion on NRC anywhere” – PM said on December 22.

This is leading to social imbalance and putting a huge pressure on limited livelihood opportunities. My government has decided to implement the process of National Register of Citizens on a priority basis in areas affected by infiltrators…

While on the one hand government is working to identify the infiltrators, on the other, it is also fully committed to protecting the victims of persecution due to their faith.”

*The claim*: In December 2019: The Minister of State for Home Affairs has said: “A countrywide NRC had not been notified so far and no one should fear.”

The process to establish NRC was mentioned in the Rules which were adopted in 2003.

*The truth*: The process of preparing a nationwide NRC began with a gazette notification of July 31, 2019. The notification said: “In pursuance of sub-rule (4) of rule 3 of the Citizenship (Registration of Citizens and Issue of National Identity Cards) Rules, 2003, the Central government hereby decides to prepare and update the Population Register (PR) and the field work for house to house enumeration throughout the country except Assam for collection of information relating to all persons who are usually residing within the jurisdiction of local registrar shall be undertaken between the 1st day of April 2020 to 30th September, 2020.”

On July 23, 2014 Minister of State for Home Affairs told Parliament: “The government has now decided to create the National Register of Indian Citizens based on the information collected under the scheme of NPR by verifying the citizenship status of all individuals in the country.”

The gazette notification for preparing and updating the NPR was issued by the Registrar General of Citizen Registration on July 31, 2019.

*The claim*: The NRC and National Population Registration are not linked. Amit Shah says the NPR has nothing to do with the NRC.

*The truth*: The Rules notified in 2003 for NRC state that the process will begin with the house to house enumeration for the creation of a National Population Register NPR. The Rules for the NRC in Clause 4 says, “A population register will be prepared by collecting information relating to all persons who are usually residing within the jurisdiction of the local registrar. The local register of Indian citizens (as part of the national register) shall contain details of persons after due verification made from the population register.”

ALSO READ:  AP's 'Three Capitals' Row: How Far 'Concerns Of Logistics' And 'Pain Of Shuffling' Between Cities Are Valid?

It means NRC will be completed only after verification of Population Register. Rule 3 of Citizenship (Registration of Citizens and Issue of National Identity Cards) Rules, 2003, (2003 Rules) mentioned in the gazette, is about the concept of “NRIC and its sub-rule (4) provides for “Preparation of the National Register of Indian Citizens”.

*The claim*: The Union Minister for Information and Broadcasting Prakash Javadekar claimed that the National Population Register is only for the purpose of the Census and has nothing to do with the NRC or citizenship.

*The truth*: The Home Ministry said in its annual report of 2018-2019. In Ch 15, para 15. 40 it is stated “Government of India has approved a scheme of creation of NPR which is the first step towards creation of NRIC.”.

*The claim*: PM: There are no detention centres at all.

*The truth*: Home Ministry told Rajya Sabha in November 2019: In Assam detention camps, where suspected immigrants are confined, 28 people have died, and 988 “foreigners” were lodged in six detention centres in Assam.

Home Ministry told Rajya Sabha on December 11, 2019: The instructions have been issued to all States for setting up detention centres to detain illegal migrants or convicted foreigners pending deportation.

The Central government on 9.1.2019 sent consolidated instructions for the construction of detention centres to all state/union administrators. The Ministry of Home Affairs sent instructions on 24/29 April 2014 and again on 9-10 September 2014. On this basis, a model detention centre/holding centre/camp manual was issued to all states/union territories in 2018.

In an affidavit, the Centre wrote the Karnataka High Court on November 28, that they wrote to all State governments in 2014 and follow-up letter in 2018 to have detention centres”. MHA told Lok Sabha on July 9, 2019 (Question Number 2660) the detention centre in Goalpara of Assam, housing 267 detainees and another one at a cost of Rs 46.51 crore was sanctioned. Karnataka & Maharashtra earmarked sites for detention centres.

*The claim*: “The people of India need not fear about these processes. Only infiltrators and enemies of the country will be excluded. It is for the protection of our nation” –BJP leaders & Ministers.

*The truth*: The Home Ministry stated that citizenship is not automatically accorded to people. This means that it is presumed that each person is not citizen, and the burden is on each to prove that he/she is Indian.

*The truth*: The Articles 5 to 11 of Constitution explains the citizenship of people at the time of commencement of Constitution, without referring to religion. The Citizenship Act 1955, enacted under authority given by Article 11, had no provision to consider religion.

The Citizenship Amendment Act 2003 introduced Section 2(1)-b that defines ‘illegal immigrants’. It did not define illegal immigrant by religion. The CAA 2019 it amends Sec 2(1)-b to include “any person belonging to Hindu, Sikh, Buddhist, Jain, Parsi or Christian community from Afghanistan, Bangladesh or Pakistan who came on or before 31 December 2014 will not be considered an illegal immigrant.”

For the first time in the independent India, in 2019 religion was prescribed as ground to secure citizenship of India. Among two such immigrant residents if one is Hindu or Christian or Sikh with proof of their residency even if there are no documents about his ancestors, he can still be considered legal immigrant.

In similar circumstances, another person belonging to religions other than six specified in CAA 2019, including Muslim, will be considered illegal. Because of this, one lakh Hindu Tamils residing in South India for several decades may not be considered ‘legal’ immigrants.

*The claim*: “The CAA 2019 or NRC are meant to give citizenship and not to deny the citizenship”- PM

*The truth*: Process of NRC in Assam resulted in loss of citizenship for more than 19 lakh persons. It will affect persons belonging to all kinds of religions, not just Muslims.

Out of 19 lakh new ‘foreigners’ found by officers in Assam, only five lakhs were Muslims, and others include Hindus and various other religious persons.

Most of them are being sent to detention centres. Centre has added six new questions in making NPR.

The new six questions include name of the father and mother, their places and dates of birth and others. #KhabarLive