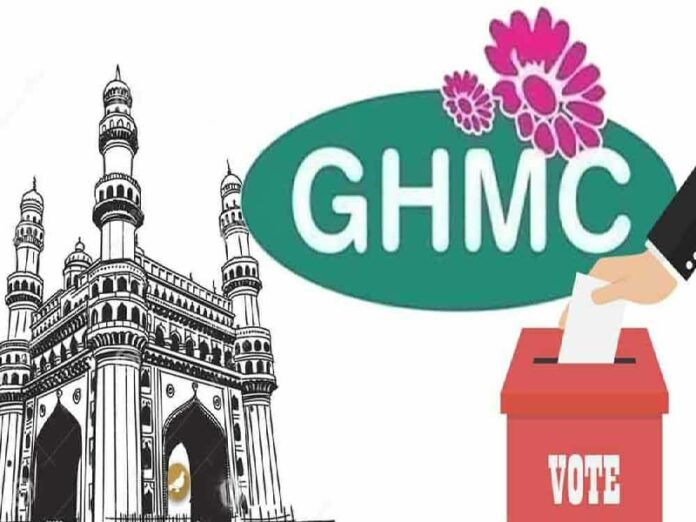 The campaign rathams are ready. Poll warriors and commanders have been asked to take positions. The stage is set for the crucial and prestigious battle of Baldia.

Even as the candidates of the major parties filed their nominations, the roads in Hyderabad witnessed zooming of bikes across the city as a mark of kick-starting the campaign. Come Sunday, big rallies, road shows and public meetings will be seen in every division.

The fight is going to witness a no holds bar accusations against each other. While all parties are set to use technology to carry their voice to the voters through campaign using plasma screens at main junctions and compete with each other in putting up party flags and distributing campaign pamphlets, indications are that this time it will be a shrill campaign in pure Telangana dialect.

Chief Minister K Chandrasekhar Rao, who has decided to lead the campaign, will be addressing mammoth public meetings and will use all his vocabulary skills to take on the opposition parties and attract the voters. He is likely to address public meetings at LB Stadium on November 29 or 29.

Party working president KT Rama Rao will kick-start road shows from Sunday. The pink party has also assigned special tasks to their leaders. State ministers, including T Harish Rao, E Rajendar and Mohd Mahmood Ali and the party’s 100 MLAs will stay in the city until the elections are held on December 1.

Special focus is being laid in divisions where the people from Andhra are more. TRS leaders from Khammam district, including state Transport Minister P Ajay and Khammam MP N Nageshwara Rao have made in-charges to enlist the support of those voters.

District TRS leaders from Nalgonda, Karimnagar, Warangal, Nizamabad and Adilabad were also roped in the poll campaign in the divisions where people from these districts stay.

The BJP, which wants to show its strength in GHMC limits, also proposes to hold a huge meeting in Nizam College grounds by inviting the senior national BJP leaders. Party national general secretary Bhupendra Yadav will be directly monitoring the campaign.

The BJP leaders from other states like Gujarat, Maharashtra and Karnataka will campaign in the divisions which are dominated by the non – Telangana people in Hyderabad.

From the saffron party, party national vice-president DK Aruna and Union Minister of State for Home G Kishan Reddy will take out a series of rallies and hold road shows in different divisions in the poll-bound Greater Hyderabad.

State BJP chief Bandi Sanjay and Nizamabad MP Dharampuri Arvind will lead a group of teams in the special campaign being taken up in the AIMIM dominated divisions in the Old City. The Telangana Congress this time will see its working president A Revanth Reddy leading the campaign in most of the divisions.

Meanwhile, many political parties is facing rebel trouble in this #GHMCPolls2020 in Hyderabad.

If the huge number of nominations (2,602) are any indication and if a substantial number of them do not withdraw by Sunday, all the major parties, TRS, BJP and Congress are likely to face big trouble from the rebel candidates in the GHMC elections.

This time even the number of Independents in the fray is three times more than last time. This gives an indication of how intense the fight is going to be in each division.

Total of 550 nominations were filed by independents. Scrutiny of forms will be done on November 21 and those candidates willing to withdraw from the race will be allowed to complete the process till Sunday.

In an attempt to overcome the problem of rebels, the main parties have deployed leaders to reach out to the disgruntled leaders and pacify them to withdraw from the race and work for the victory of the party candidate.

Those who do not have B Forms will be rejected if they had filed nominations on behalf of a political party. But if they are not won over, the rebel may damage the prospects of the official candidate. Hence all parties have now swung into damage control exercise which would continue.

As a part of the party image building exercise, ruling TRS have adopted a unique approach of Galli to Delhi developments. What has the Delhi party done for Hyderabad or Telangana state?

It could not come to the rescue of the people even when it faced severe floods while it was the Galli party (TRS) and its leaders who were among the people during floods and corona pandemic. This is what the door campaign of TRS is going to be.

Recently, addressing party leaders and activists after releasing the progress report, ‘Pragathi Nivedana’ on Friday, party working president K T Rama Rao said the progress report gives detailed explanation with facts and figures on what the pink party has done for the city in the last six years and dared the BJP to explain what they had done for the state.

When corona cases were on the rise in the city, the leaders confined themselves to their homes, but it was TRS leaders and workers who went into the containment zones extending necessary help and supplied milk, ration and cash assistance.

KTR told the party rank and file to knock on every door and explain to them what the government had done in the last six years to build the brand image of Hyderabad and ask what the ‘Delhi’ party had done for the city.

He also told them to ask the voters whether they want peaceful Hyderabad which could see better development or anarchy in the city.

In an attempt to douse internal dissent, KTR asked the candidates to visit the houses of aspirants who could not get tickets and seek their support and seek their cooperation and blessings.

The TRS leader said that the BJP rakes up Hindu- Muslim and India- Pakistan issues before every election. “The BJP chief here went to a temple to swear… he could have chosen any temple but he went to Bhagyalakshmi temple. They are only interested in Hindu- Muslim politics as they do not have plans to explain what they will do for the city of Hyderabad.

They are making all kind of frivolous promises. They say they will waive traffic challans but it is their own government at Centre which amended the Act and increased challans. How can there be two policies for the same party, he asked.

Rama Rao said that the TRS was the only party which cares for social justice in letter and spirit. It gave 75 seats to BCs, 17 seats to minorities, three seats to STs and 13 seats to SCs. The party also gave eight seats to the natives of Andhra Pradesh.

He said Telangana was prospering because of two reasons and that was because of the presence of a strong leader with a vision and law and order situation in the state was good with a peaceful atmosphere. Next ten days are very crucial and the party should not leave any stone unturned to see that it once again establishes its supremacy by winning more than 100 divisions, he added.

On the other hand, as usual BJP sowing the venom of communalism, undemocratic ruling, partiality. Yesterday, a high political drama was witnessed at the historic Charminar monument in the Old City as BJP State President B Sanjay visited the famous Bhagyalakshmi temple and offered prayers.

However, the BJP leader’s visit to the temple passed off peacefully amid high tension that prevailed for a while in the sensitive area. Heavy police bando bust was in place at the temple before Sanjay reached the holy place.

The BJP State chief, accompanied by a few party senior leaders, stayed for some time and challenged TRS supremo and Chief Minister K Chandrashekar Rao to come to the temple and prove that he wrote a letter to the State Election Commission (SEC) to stop the flood relief of Rs 10,000 each to those who suffered property losses in the recent floods that wreaked havoc in Hyderabad.

Soon after the news went viral that Sanjay was denied permission to visit the Charminar and that the BJP leader went missing, the police personnel in large numbers were rushed to the temple premises. Sensing trouble, city Police Commissioner Anjani Kumar clarified that no restrictions were imposed on the visit the temple by the BJP leader.

Special police forces were also deployed at the BJP State office which was thronged by all the senior leaders and party activists. The leader started in a small convoy of vehicles from the BJP party office at Nampally.

After offering prayers, Sanjay reiterated to the newsmen that he did not write any letter to the SEC against the disbursement of flood relief to the needy.

He alleged that the ruling party was circulating the fake letter in his name on social media. The BJP leader demanded that the police act against the persons behind the spread of fake news.

This is the political heat till date and many more folds are yet to open. #KhabarLive making all efforts to catch the latest and untold real news and give you a balanced, unbiased opinion, commentary on this politically prestigious baldia elections. #KhabarLive #hydnews