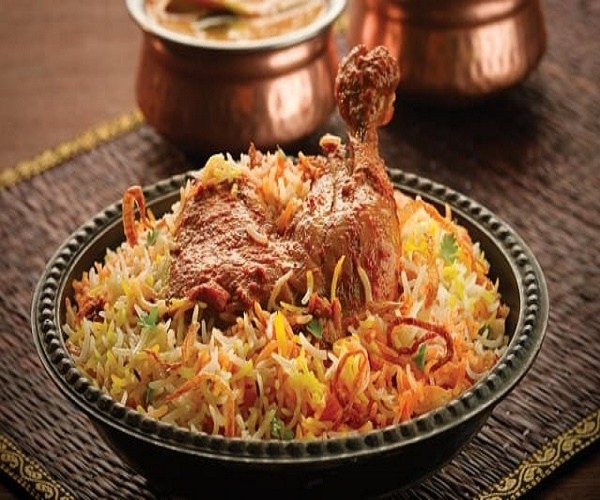 There is nothing as comforting to our taste buds as the different flavours of biryani exploding in our mouth. Its the classic Indian dish its godly its aromatic and its one of the most famous delicacies of our country. It was first introduced in India, when Mughals captured the region, and the Arabs introduced it to some parts of South India.

Biryani since then adjusted and accommodated to regional tastes and preferences, economic factors and some inventive tweaks to the original recipe.

Whether it’s the coconut and boiled eggs in the Hyderabadi biryani, or the taste of Mutton in Lucknowi one, or the potatoes that add textural heft to the Kolkata variation, the different versions and tastes of biryani will always be people’s first choice when it comes to eating Mughlai food!

ALSO READ:  How Couples Illegally Use IVF To Get Sex Selection Procedure On High Price?

The combination of basmati rice and chicken piece(usually they serve a big chunk of chicken and not small pieces) is what makes Hyderabadi biryani distinct from the rest. The hallmark of Hyderabadi Biryani is its strong spices and its Presentation.

Lakhnavi Biryani
Also known as Awadhi Biryani. Well in Lucknow it is believed that biryani is not just one singular dish ,but its a combination of Biryani, Tari (special gravy which is meant to be eaten with biryani) and Raita. While the hyderabadi biryani is rich in spices, Lakhnavi biryani is more pleasant to the stomach and has a soothing aroma.

The distinct feature of a Lakhnavi Biryani is the use of Mutton cooked in a dum pukt style which means that gravy and rice are sealed in a handi and cooked over slow flame In Desi Ghee, which makes the mutton pieces juicy and aromatic, this process gives Awadhi biryani a distinct taste.

Kolkata Biryani
Kolkata Biryani evolved from the Lucknowi style, when Wajid Ali Shah the last nawab of Awadh was exiled to Kolkata, his personal chef started cooking biryani for the nawab there, but the less affluent families of Kolkata who could not afford meat started using potatoes instead.

The hallmark of Kolkata biryani is the use of Eggs and Potatoes. The rice and meat are cooked separately in this style of Biryani. Alike Lakhnavi biryani, Kolkata biryani is light and pleasant for the stomach. Kolkata Biryani is a treat for Vegetarians though since it has potatoes but the die hard biryani fans need not be disappointed as potatoes do not ad any flavour to the rice. So now the million dollar question

Which is the best biryani in India? Its almost a never ending debate among the foodies in India so lets analyse: