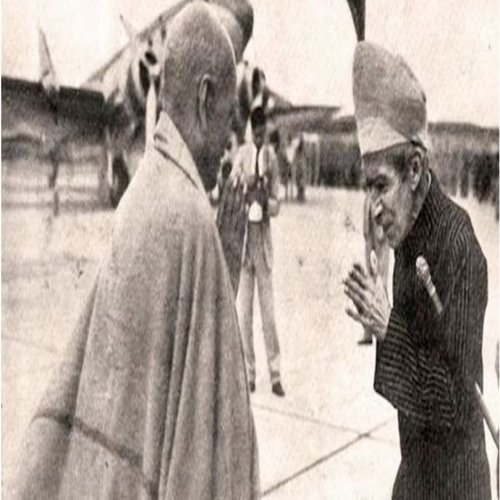 The day of 17th September is a black day in the human history. In the year 1948, this was the day when the Indian Union attacked and occupied the Hyderabad State through Military action which is called as ‘Police Action’ and originally it was named as “Operation Polo”. Lakhs of Muslims were killed in this military attack, women were dishonored. The cities, towns and villages were completely destroyed. Lakhs of Muslims were made homeless. Masjids and Dargahs were dismantled.

Until 17th September 1948, Hyderabad was an independent country popularly named as princely state with Nizam VII, Mir Osman Ali Khan as its ruler. Hyderabad was never under the British rule. Hyderabad was as large as the present country France. It had its own currency, railways, postal department, Judiciary, military etc. In fact, there were 544 princely states then spread all over the area which is presently known as India. Hyderabad was one among them. All these princely states were occupied and merged by the Indian Union after it got independence from the Britishers. But as Hyderabad was one of the largest princely states, the Indian government that was formed after the Britishers left, it wanted Hyderabad to merge into Indian union, because Hyderabad State was in between the North and South regions, therefore, if Indian Union wanted to rule over the Southern region then it was not possible so they wanted to occupy the Hyderabad state, so that they can include the whole North and South regions and rule over it. However, the VII Nizam did not agree to the proposal of Indian government and wanted some time to think about it as the Britishers had given him three choices, one is to merge into Indian Union, two is to remain independent and the third is to merge into newly formed Pakistan.

Let us examine ‘Liberation’ in what sense and from whom? In the year 1948, on the pretext of suppressing communist movement that was spread only in four districts of Hyderabad State, the Indian union attacked the Hyderabad state to overthrow the Nizam rule which was considered as Muslim rule. Though the police action was to occupy Hyderabad state but actually in the name of police action, Muslims were killed in large numbers. It was estimated officially by the Sundarlal Committee appointed by the government of India that One Lakh Muslims were killed by the Indian army and unofficial estimation is more than two lakh Muslims were killed. The Arya Samaj and other Hindu fundamentalist organizations along with Indian military were involved in the killing of Muslims. 17th September is not the liberation day but day of genocide, the implications of which can be felt even today.

The Nizam of Hyderabad State never even thought of this type of massacre, because he always considered Hindus and Muslims as his two eyes. The way the people of Hyderabad were targeted due to the Nizam of Hyderabad, Mir Osman Ali Khan’s innocence and lack of future understanding, he underwent shock due to that. All his dreams went scattered, his tongue went soar, because this richest man of the world would never have dreamt that his home would be destroyed so brutally in front of his eyes and he was unable to do anything.

The Indian Union’s aim was not just to exterminate the Nizam’s government, but also to erase the culture, language, history and literature of Hyderabad. So, the Nizam’s government was eliminated by one attack, but the culture, language, history and literature that has strong roots, could not be erased even after the military action of 17th September. But it has been continuously under attack. The recent uprising Telangana movement is born/emerged from the remaining of culture, heritage and language of Hyderabad, which is called Hyderabadi tahzeeb. Because of this we have given the slogan Hyderabad is Telangana and Telangana is Hyderabad.

It is time now to think as to who is benefiting by giving the slogans of ‘Liberation Day’ and who wants the state government to declare this day officially as liberation day. In the year 1948, as the Congress gave the reasons of suppressing the communist movement and occupied the Hyderabad state to overthrow the Nizam’s rule, in the present times, BJP is using the same strategy and supporting the Telangana movement and propagating that the Muslim rule will come back. One should also think as to why the BJP and TRS have been celebrating this particular day? These two parties are working on same ideological line and majoritarian ideology of these parties will make the people to stand against Muslims. The BJP is making communal statements and instigating common people against Muslims and bringing differences among the communities. So, the SCs, STs and BCs are thinking on the lines of BJP. On the one hand TRS praises Nizam for providing infrastructure and on the other hand it is depicting him as enemy of the people. This dual stand will benefit them both in getting more votes in forthcoming elections. More than this both the parties want to hide the real history of Hyderabad. History is not a monolithic one, it must be read in multiple ways and bring out the facts to construct the understanding.

This day has been celebrated by the BJP and Congress as liberation day. TDP celebrated it as a merger day and the TRS and left parties have celebrated it as betrayal day and the Muslim, SC, ST, and Bahujan organizations have named it as Invasion day. So, there is no clear understanding among the political parties as to what they should call the day 17th September as.

We can understand with the opinion of various political parties that they are not sincere towards the separate Telangana movement and are playing vote bank politics to increase their political employment.

We Telanganites are still under the suppression of the Seemandhras, so we haven’t got the liberation and freedom yet. Though India has got independence in the year 1947, Hyderabad was already independent. But after the merger, the Andhra occupied the Telangana region, diverted all the natural resources to their region and now they have occupied the Waqf lands and are ruling over us. Therefore, people of Telangana are still under the suppression of the Seemandhras. Therefore, in real sense we haven’t got freedom yet. Unless and until Telangana is formed as a separate state, we cannot say that we are free and liberated.

There was no Telangana movement at the time when the Indian Union attacked the Hyderabad State. There was only communist movement that too spread over a small part of the Hyderabad state, say in four districts. Therefore, 17th September cannot be considered as Liberation day as it had no connection with Telangana freedom. It is a black day in human history as lakhs of Muslims were massacred. Telangana people who know about the history of Hyderabad very clearly also know that 17th September is neither a liberation day, nor betrayal day but in fact it is a black day in human history. #KhabarLive #hydnews