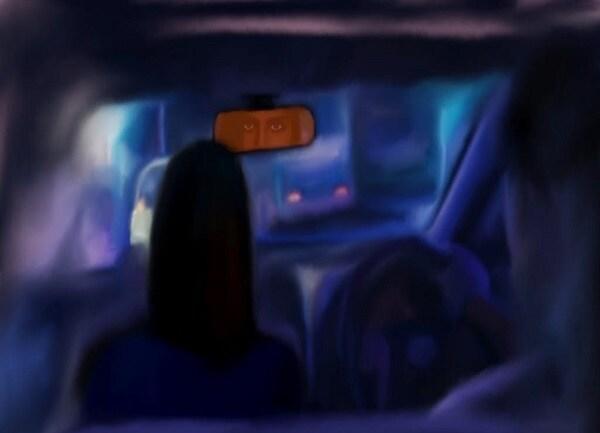 I have never stepped out worrying about my safety due to my religious identity, but now I have become extra careful. Various well-wishers have also instructed me to be extra vigilant.

Like every other girl, I have always been alert while stepping out at night, but a feeling of unease now bothers me each time – be it well before sundown.

My name doesn’t always give the first impression that I’m a Muslim, for which I should perhaps be thankful in times like these. Similarly, my attire doesn’t hint at the same. But a recent cab ride shook me to the very core as to just how important markers of identity have become.

I got into the cab and the driver gave me a strange look. After a few minutes of silence, the driver started a conversation by talking about how tense the situation in Delhi is right now.

I wasn’t sure if it was right to engage myself conversation or to just agree with him. He asked me about whether I had seen videos and photos of the riots on Facebook. I told him I’m not on social media.

“In Mussalmano ne pure Dilli mei danga macha diya hai (These Muslims have caused riots in all of Delhi)”. He further went on to explain how Muslims, in the garb of peaceful protests, have wreaked havoc in the capital and are behind the riots.

“In logon ke saath toh theek hi hua hai madam. Aag bhi inhone hi lagai thi (It’s justified what has happened to these people. After all, they are the ones who started it).”

My phone rang but I couldn’t muster the courage to greet my mother with Assalam-o-Alaikum because that would mean revealing my identity. I picked up the phone and made sure that I didn’t use any Urdu words. Before hanging up, I deliberately said ‘bye’ instead of ‘Allah Hafiz’.

After hearing his thoughts on Muslims, I also didn’t even dare utter a sigh because I feared that it might give me away. The consequences of such a revelation triggered my imagination and gave me chills.

I resorted to silence, the best option that I could fathom.

I kept repeating prayers in my heart, while checking the map and gazing at the time left to reach my destination. I felt an abnormal weight over my chest and was petrified.

When I reached my destination, I rushed inside and immediately called my parents.

When I told them about the ride, my mother said, “Change your name on the app. There’s an option that lets you do that.” Her voice plummeted. “Avoid putting yourself through any situation where you have to reveal your religious identity.”

I couldn’t say anything. I didn’t know how to respond because I don’t want to feel victimised.

The conversation ended in silence.

Since then, both the ride and the phone call have weighed heavily on my mind. The burden of identity, something privilege had denied me from fully understanding, finally came crashing down on me. I now understand what a heavy load it can be. #KhabarLive