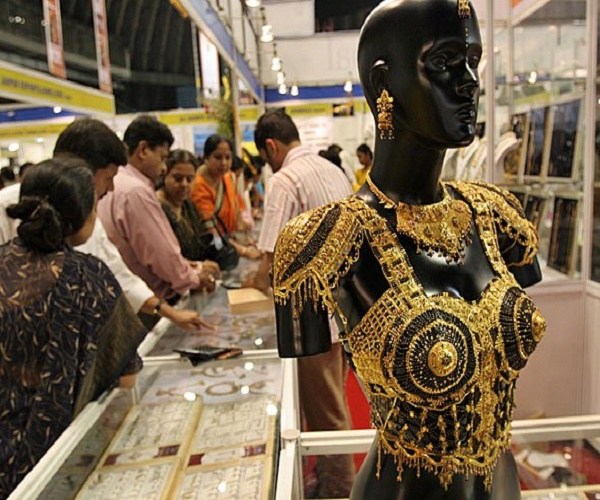 Taking risks in business is one thing but surely the jewellers know what they are getting into since they are fully aware of the norms and rules. The recent arrest of a jeweller for a multi-crore gold scam shows how government laxity coupled with individuals’ flagrant disregard for rules allows for malpractices to thrive in the jewellery business.

Recently, four persons, including the managing director of Sri Krishna Jewellers, Pradeep Kumar, were arrested by the Directorate of Revenue Intelligence (DRI) for diversion of more than 1,100 kg of gold worth more than Rs 330 crore into the local market, in violation of license agreements.

The violations were detected at the firm’s unit in the Ravirala SEZ on the outskirts of Hyderabad. However, this is not the first time that a jeweller has got on the wrong side of the law. While diamantaire Nirav Modi and Mehul Choksi’s multi-crore scams left everyone shocked a few months ago, it’s an open secret that the jewellery trade is no stranger to malpractices.

Government laxity to blame?
Jewellery brands like Kolkata-based Shree Ganesh Jewellery House Limited, Gitanjali, Ginni and Nakshatra — have all come under the CBI scanner for money laundering. “In India, the big fish survive. It’s not just Sri Krishna, there are many more in number but only a few like Nirav Modi’s Gitanjali make the headlines. The government is always involved with so many issues, so unless the higher authorities stop being so lax, these things will keep happening,” predicts Praveen Kumar, General Secretary, Twin Cities Jewellers Association in Hyderabad.

Pointing out that the case of Sri Krishna Jewellers is not an isolated one, he adds, “Special economic zones (SEZ) are promoted by the government to increase exports and most of the people who take up land there are big shots. The recent case is just the tip of the iceberg. If you look at Mumbai or Surat where SEZs are thriving, a lot of things will be unearthed if the government gets strong on these issues.

Thriving malpractices
So how exactly are these jewellers thriving illegally? “There is normally a 10 per cent import duty, so anyone who gets gold from the government is actually saving on that. This way, all those in SEZs are doing a profit of Rs 500 to Rs 1000 crore. They don’t export but they show it in their books. This has been happening since a very long time now. People talk about malpractices, but if the government is able to put a cap on where the black money is really being produced, i.e. real estate, then jewellers will not be able to do any golmaal,” he explains.

Systemic loopholes
Manjula Rao of Manjula Jewellers adds, “This 10 per cent tax free scheme has been totally misused by two or three jewellers in a major way. Earlier, the government used to give a 10 per cent tax deduction on gold exported. They took advantage of it. The IRS people don’t really know how much gold there is unless they dismantle the pieces. Now, after demonetisation, the laws have become more stringent.”

When greed takes over
Taking risks in business is one thing but surely the jewellers know what they are getting into since they are fully aware of the norms and rules. Apparently traders who don’t like tax on gold, have been indulging in illegal trade of the yellow metal for quite some time. “It’s very unfortunate and surprising to see people of good name becoming so greedy for making easy money. Behaving unprofessionally and unlawfully reflects on the goodwill enjoyed by the complete industry,” says Murali Krishna, MD, Manepally Jewellers.

ALSO READ:  Hyderabad Becomes The Vaccine Capital Of The World

Is GST then leading to an increase in illegal gold trade? “The current customs duty is 10.3 per cent and GST is 3 per cent on gold and jewellery, totaling up to 13.3 per cent. This is lucrative for people who want to undertake illegal means of smuggling gold into country.

As a part and on behalf of the Bullion Federation of India, we have already represented to the Government of India to reduce customs duty to 4-6 per cent so that smuggling becomes unviable and easier to control,” Abhishek explains. “Jewellers are subject to Prevention of Money Laundering Act, GST, Income Tax, Corporate Law, Customs and Hallmark. So enough regulations are in place and most of the jewellers follow them.

But there are 8000 plus registered jewellers in Hyderabad and consumption of gold jewellery only in the state of Telangana is 900 crore per month. The issue is only a few agencies like DRI and ED monitoring such leakage,” adds Abhishek. #KhabarLive