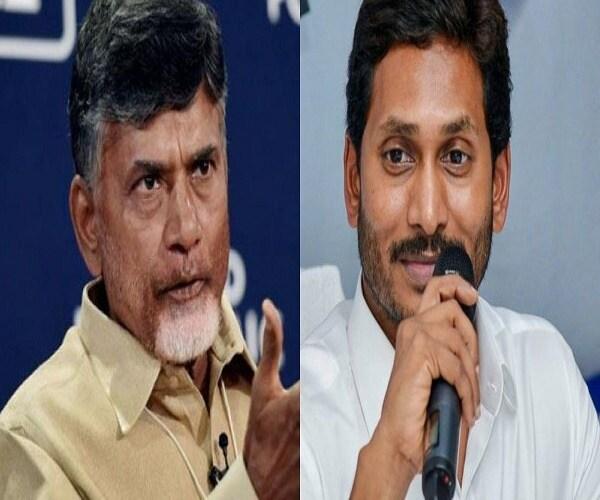 The political situation is completely uncertain to show the dominance despite no-power in Andhra Pradesh. The Chandrababau Naidu and Jagan Reddy war of power, showcasing the worst ever scenario in the history of politics.

A car manufacturing plant of Kia Motors Corporation in Andhra Pradesh’s backward Ananthapur district, another brainchild of former chief minister N. Chandrababu Naidu, felt the tremors of the political upheaval that the state has been witnessing since the change of government.

The plant, Kia Motors’ first in India, became operational in December 2019 and new chief minister Y.S. Jaganmohan Reddy inaugurated it. But it was his rival and predecessor Naidu who laid the foundation stone for the plant at Hindupur in 2017. The South Korean car major received infrastructure support and incentives from the government during Naidu’s regime.

However, just a few months later, a report surfaced in an international news agency saying the company is considering shifting its plant to Tamil Nadu, where its sister company Hyundai is based. Denial from the company and the Government of Andhra Pradesh have not reduced the consternation sparked by the report in industry circles.

What triggered this speculation? Soon after coming to power, the Jaganmohan Reddy government decided to insist that investors who plan to set up their units in the state reserve 75% of their jobs for locals. Subsequently, YSR Congress party’s Hindupur’s MP Gorantla Madhav created a scene at the plant. Invited to write a ‘congratulatory message’ on the bonnet of a new car that Kia Motors was launching in August 2019, the MP wrote, “KIA car rolled out, young people ruled out here, sorry.”

The $1.1billion car manufacturing project has the potential of creating 12, 000 jobs in the drought-hit backward district. However, industry players say the government’s job reservation policy seriously compromises the hiring process, which they say is aimed at placing the ‘right man for the right post’.

After Jaganmohan Reddy’s YSR Congress came to power in May 2019, he was accused of ‘political vendetta‘, reversing many decisions taken by the TDP government. He was also accused of personally targetting Naidu.

The 47-year old Jagan reversed many major deals made during the TDP’s tenure. The contract given to Navayuga Group concerning the Polavaram project’s headworks was cancelled. In fresh biddings, the work was entrusted to another contracting firm, Megan Engineering and Infrastructure Limited (MEIL). His government also decide to review sealed-and-signed power purchase agreements inked with independent power players.

These moves have reportedly left industry players feeling spooked. After Jagan decided to review the tariffs of renewable energy contracts, he also attempted to revisit the Memorandums of Understanding (MoUs) that the previous TDP government had signed with foreign investors.

The Japanese ambassador to India Kenji Hiramatsu wrote a letter to the Government of Andhra Pradesh in August 2019, expressing concerns about the state’s renewable energy sector. It reflected the apprehensions held by foreign investors on the kind of industrial climate prevailing in the state.

Other moves such as decided to decentralise the capital and make Visakhapatnam the executive capital have now left the IT hub created in the millennium towers in the city facing uncertainty.

The so-called millennium towers were built by the Naidu government with a built-up space of 2 lakh sq ft by incurring a cost of Rs 145 crore to house plug-and-play offices for start-up companies. But the YSR Congress government has decided to set up the Chief Minister’s Office (CMO) and secretariat in the millennium towers as part of the decision to have decentralised capitals. IT companies are reportedly under pressure to vacate the premises.

The YSR Congress government also cancelled the allotment of over 14 acres of land to the UAE-based Lulu Group, citing procedural flaws. Naidu had roped in the group, offering land at a price of Rs 4 lakh per acre to build an international convention centre, shopping mall and a five-star hotel by investing Rs 22,000 crore in Visakhapatnam. Stung by the Jagan government’s decision, Lulu Group director Ananth Ram stated that the group had decided to back out from its plans to invest in the state. “We aimed to provide global exposure to Visakhapatnam as a convention and shopping hub. But we are changing our plans,” he added.

Two other major projects which met with a similar fate are Asia Pulp and Paper, promoted by Indonesia-based major Sinarmas and Franklin Templeton Investment (FTI) Centre of Innovation. The two proposals were also initiated during the TDP regime and were caught in the political upheaval. The pulp and paper industry was proposed in Prakasam district, for which Naidu as CM laid a foundation in January 2018.

He promised to provide the promoters of the unit 3,000 acres of land and other infrastructure facilities and incentives. Naidu also inaugurated the innovation centre in Visakhapatnam in March 2018, aiming to build core competencies in investment management data sciences. The FTI Centre of Innovation failed to gain traction and the proposed pulp and paper industry did not see any progress after the foundation was laid, allegedly for want of patronage from the government.

Potluri Bhaskar Rao, member of the Andhra Pradesh Chambers of Commerce and Industry, told The Wire that industry is feeling ‘a sort of discomfort’ after the change of government. “For the past eight months, we have been eagerly waiting for the new government to hold a dialogue over building a pro-industry climate in the state,” he said.

In the run up to the state and parliament elections in 2019, the YSR Congress released a book titled Emperor of Corruption, describing Naidu as tainted in a host of corrupt deals and land scams. The capital in Amaravati is one such “corrupt” project, in the eyes of the party. Naidu is accused of having handed out premium land costing Rs 50 lakh per acre for peanuts to his benamis in the guise of promoting industries in Visakhapatnam and Amaravati. The Naidu government had hosted a series of investor summits and entered MoUs with investors from within and outside the state worth around Rs 5 lakh crore. YSRC suspects financial frauds in these MoUs.

Kandula Ramesh, an analyst, said that Jagan has an ‘obsession’ with Naidu. “What his rival has done in the previous period is being undone by the YSRC chief. It has become a concern for industry players,” he explained.

Andhra Pradesh, with a coastline stretching over 974 km, offers an exciting environment for rapid industrial growth. What is needed is a proactive political environment, Bhaskara Rao said.

The state has a strong manufacturing sector in areas such as cement, paper, food processing and aquaculture, steel, fertilisers, chemicals, textiles, automobiles and ship building. Emerging sectors include electronic hardware and aerospace.

The successor Andhra Pradesh state, after losing Hyderabad, a hub of industries, to Telangana as a result of bifurcation in 2014, remained an agrarian state by and large since then. Thus, it continues to register a sluggish growth in the manufacturing sector. Naidu dreamed of turning the truncated state into a “sunrise state”. But his party’s rout in the elections and Jagan’s ‘vendetta politics’ may disrupt that. #KhabarLive 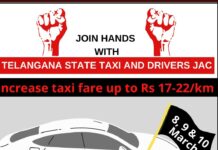