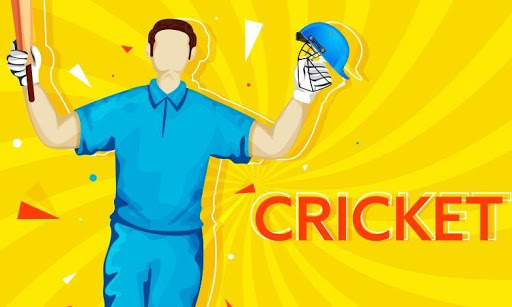 While the wave of COVID-19 put a full stop to the Galli cricket matches near residential complexes, the digital world operating around has given cricket lovers a chance to enjoy the game online. Without even having to hold a cricket bat, they get a chance to join the world of fantasy cricket. Yes, fantasy cricket is the new love of cricket fans and followers.

The sports lovers register with a reputed fantasy cricket app and select their team, consisting of the players they want to choose to participate in the upcoming fantasy contest they want them to play. Based on their performance on the real-life game on the field for that particular league determines the points the gamers earn.

The flexible gaming alternative that these fantasy apps offer has made them popular among cricket lovers. There are multiple sources that keep on focusing on how the fantasy cricket games have given a boost to the online gaming industry with Odisha Diary, recently jotting down the reasons behind the rising popularity of the same.

As IPL 2021 has already grabbed many eyeballs since it commenced, the fantasy cricket platforms seem overcrowded as and when two teams are about to lock horns. Every gamer is looking for an opportunity to win the contests at any cost. However, so far as recording a win is concerned, it is very important for gamers to select the most suitable players from the two teams. To help make the team selection process easier and fruitful for them, here is a list of emerging players in IPL T20 2021 they should know about to ensure they don’t miss out on choosing the best one for the upcoming matches to be held.

Remember the left-hander of IPL 2020 who scored 473 runs in 15 innings? Yes, Devdutt Paddikal –the most precious finding of the cricket league, who is one of the most recommended players to be chosen for the Indian fantasy premier league. This RCB player managed to score runs at an average of 31.53. The 1994-born also received an award for the Emerging Player of the Year in 2020. Hence, he could be a good choice for you if you want to win the fantasy IPL game 2021.

One of the competing contenders of the Emerging Cricketer of the Year award last year was Ishan Kishan who scored 516 runs in 13 innings. The wicket-keeping and batting skills of the player are what he is widely known for. In March 2021, he started his international match for the Indian cricket team. His historical achievements could be traced back to December 2015 when he became the captain of India’s Under-19 Cricket World Cup in 2016.

Undoubtedly, KKR is a great team, performing perfectly since it first came up as an IPL team. However, there was something that was still missing, and that’s what Rahul Tripathi’s entry fulfilled – the depth. He managed to score 230 runs in 11 games with a strike rate of 127.07. In his memorable IPL match for KKR against Rising Pune Supergiant in 2017, he chased 156 to record a win, and, in the process, he hit 52 balls, making 93. Out of those 78 runs were made by hitting in boundaries, chasing for more runs for victory.

The player was sold at Rs 5.25 crore and became an asset for Punjab Kings in IPL 2021. The Tamil Nadu Premier League in 1018 and 2019 showed his remarkable game, making him recognized as an all-rounder in cricket.

If you think the weather and the pitch condition are calling for a good spinner, you should make your choice accordingly. Rahul Chahar of Mumbai Indians is the one who will leave the opponents both surprised and shocked with his never-seen-before kind of spin attacks. MI chose Chahar in 11 out of 15 matches given the awesome bowling skills he possesses. The player took 15 wickets in the last contest and is, therefore, considered as one of the most deserving contenders of the Emerging Cricketer of the Season award for IPL 2021. Hence, you can surely consider Chahar while choosing your team members for an IPL match this time.

Though it is the first time that Jhye Richardson will be found playing IPL. In the IPL 2021, he will be representing Punjab Kings given the awesome performance he showed in Big Bash League last season. The Aussie pacer managed to collect 29 wickets in 17 games. This emerged as the maximum number of wickets collected in the league. While selecting the players for the game next, you can consider Richardson as one of the best options to be included in the team.

Punjab Kings when included the player in the team, he took 14 wickets in 11 matches and proved how right the IPL team was to select him in IPL 2019. Though he didn’t get a chance to play the 2019 and 2020 IPL matches, Sunrisers Hyderabad bought the players for IPL 2021. As another spin bowler, he makes sure to attack the opponents in unexpected ways, hardly giving them a chance to think of any batting trick to tackle those spins.

If you are looking for pacers in the team to help you win IPL 2021, Karthik Tyagi is the one to be chosen. Taking 9 wickets in 10 matches, he has begun to be considered as the next big thing in the world of cricket. Hence, you can choose him to include another valuable asset to the team going to play the contest.

All of the above-mentioned players are those who are the most deserving and are expected to become the emerging player of the season this time i.e., in IPL 2021. Almost every team participating in the IPL has at least one cricketer to be considered as the emerging player in IPL T20 2021. Being aware of them will help you shortlist the players you want to be there in your teams to make sure you win.

Choose the fantasy league team wisely and record a win. All the Best! #KhabarLive #hydnews 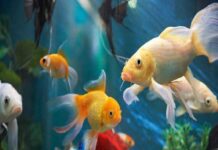 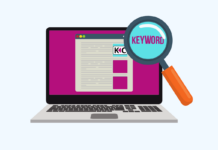 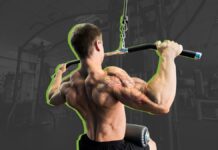 Back Exercises To Avoid Pain During Home Workout 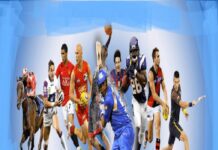