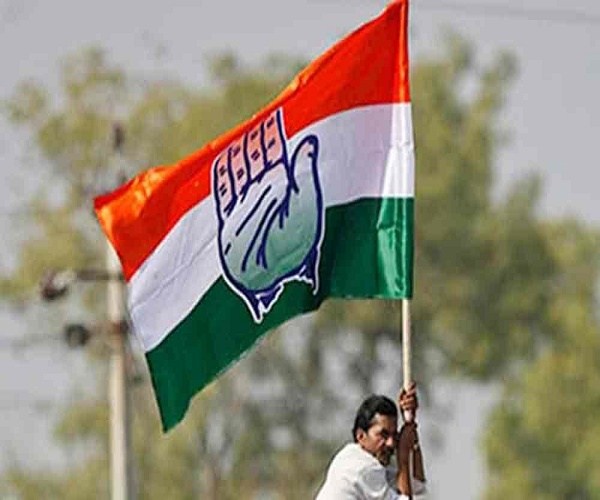 The series of elections in Telangana and Andhra Pradesh have not helped the respective State Congress parties to revive their fortunes. While in Andhra Pradesh the party made no efforts in the last five years to bounce back, in Telangana the fortunes of TPCC continues to plummet.

It is slipping towards a rather highly embarrassing position where it might lose the main Opposition status in the State. It is really sad to see a party which used to secure 32 out of 42 Lok Sabha seats in united Andhra Pradesh seeking the help of police to protect the MLAs who had recently won the Assembly elections. It is also unfortunate that it had to take assurances on bond paper from MPTC and ZPTC candidates.

What has perhaps come as a major shock for the Congress which used to consider itself as master in engineering defections is now struggling to keep its flock together. In united Andhra Pradesh, when Y S Rajasekhar Reddy was the Chief Minister, the Congress had almost decimated the TRS. But now such a party is seeking the help of courts and police to save their members.

It is a fact that ever since the BJP came to power at the Centre and the TRS in Telangana, they have virtually put the Congress to shame in engineering defections. The operation Akarsh has been working like a very powerful magnet. The Congress which was routed in 2014 elections in the post bifurcation scenario could do nothing to win back the confidence of the people.

Whatever programmes it had taken up were ill-timed and lack of vison and strong leadership resulted in the party’s failure to bounce back. Though it expected to give tough fight to the TRS in Assembly elections, it was not as aggressive as it should have been and as a result, only 19 of its candidates could win out of 117 seats. Out of 19, eight MLAs have deserted the party soon after winning the Assembly elections.

Under normal circumstances, people who elected Congress candidates should have revolted. But that did not happen. They should have questioned these MLAs as to why they betrayed their faith in them though they went against the ruling party and voted for the Congress. It was only the Congress workers in Khammam who opposed the defections and when the migrated MLAs went for campaign for MPTC and ZPTC candidates, they had to some stone pelting there.

The question is why didn’t the people revolt. The biggest mistake the Congress had committed was that it was not among people all these five years and could not convince them and win their confidence. The party leaders instead of putting up a united fight against the omissions and commissions of the government, were busy in internal squabbles and trying to project themselves as the next CM candidate.

Some of them even went soft on the ruling party keeping in view the interests of their kith and kin. The Congress which even failed to make necessary noise during the Assembly and Lok Sabha elections against the CEO, is now knocking at the doors of the Election Commission alleging that the CEO was acting as the agent of the State government.

Wrong strategies, wrong timing and lack of unity has pushed the Congress into dire straits. Even the AICC seems to have realised that it was impossible to revive the fortunes of the Congress at this point of time and hence it seems to have decided to forget about it at least till its position at the national level was decided after the Lok Sabha elections.

Even if it succeeds to come to power at the Centre with the help of non-BJP parties, the chances of revival of State Congress appears to be a distant dream as running an alliance government is not an easy job when you don’t have absolute majority. The TPCC and APCC have no option but to wait indefinitely for good times to come. #KhbarLive