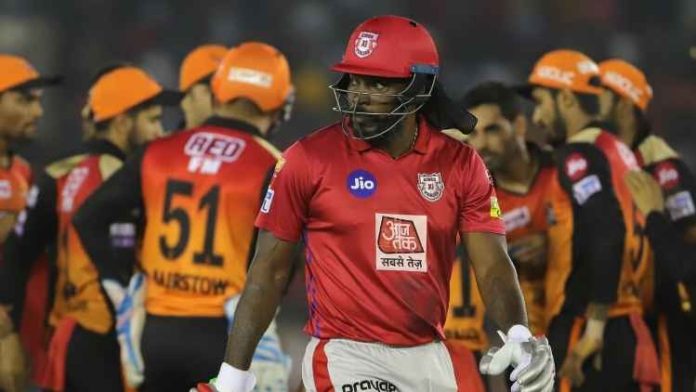 It’s the final week of league matches, and it’s fourth-placed Sunrisers Hyderabad taking fifth-placed Kings XI Punjab at home, with only net-run-rate separating them. It means that the match could retrospectively be viewed as a potential quarter-final, with the winner enjoying a two-point gap between them and the bottom four teams, while the loser’s playoff fate will then ride on a host of other results.

Kings XI have suffered back-to-back losses and still appear to be susceptible when KL Rahul or Chris Gayle don’t find runs. Their pacers have been expensive, but R Ashwin has ensured the team’s through process hasn’t changed in defeat. They’ve picked XIs according to conditions and could consider big-match player Sam Curran to strengthen their bowling options in a crunch fixture.

For Sunrisers Hyderabad, their only two bright spots are the forms of David Warner and Manish Pandey, who started poorly. Warner went past 600 IPL runs in the last game, but what’s worrying is they can’t stitch together wins despite those runs. Whether Kane Williamson is the best replacement for Jonny Bairstow as Sunrisers opener, is another thing for them to consider.

Wriddhiman Saha – who played as a finisher in their last game – doesn’t possess the muscle to clear boundaries at the death, and Sunrisers may need to shaft him as Warner’s partner if they are considering a tweak to strengthen the middle order.

That middle order has been Sunisers’ achilles heel, with Vijay Shankar, Deepak Hooda, Mohammad Nabi and Shakib-Al-Hasan scoring at a strike-rate of less than 120 between overs 11 and 20. Sunrisers’ Nos. 4 to 7 have played the least number of balls among all teams in IPL 2019, have the lowest run-rate (6.40), take the least balls to lose a wicket (12.9) and need the most balls to score a boundary (11.8) this season.

All that reliability on Warner and Bairstow early on is now coming to haunt them. Recent history, however, does back Sunrisers. Kings XI have not beaten them in the last four games at Hyderabad, and have won only one of their six away games this season.

Previous meeting
Kings XI batsmen and childhood friends KL Rahul (71) and Mayank Agarwal (53) put on a 114-run second-wicket stand to help them beat Sunrisers by six wickets at Mohali. In the first innings, Ankit Rajpoot’s 0 for 21 restricted Sunrisers to only 150 with Warner (62-ball 70*) unable to find his range.

Strategy punt
It’s time for Sunrisers to unleash Rashid – the batsman – especially when there are few overs left. Yusuf Pathan and Hooda have disappointed as finishers, and since IPL 2018, Rashid has a strike-rate of 180 between overs 16 and 20. In that period, he hits a boundary every 3.87 deliveries in the IPL.

Mohammad Nabi could open the bowling for Sunrisers as a potential match-up for the left-handed Gayle and the ball turning away from him. Kings XI, too, could throw in their trump card Nicholas Pooran early if Nabi takes an early wicket. Despite being a left-handed batsmen, Pooran averages 226 against offspin since 2018. He’s been dismissed by the offspinners only once in 20 innings.

As for the bowlers, Sunrisers’ economy of 7.20 in the Powerplay is the best in IPL 2019 while Kings XI’s economy of 9.20 in the same period is the worst.

Kings XI have lost five of their six away games in IPL 2019. Their only away win was their first match of the season, now famous for the Ashwin-Jos Buttler run-out incident. #KhabarLive