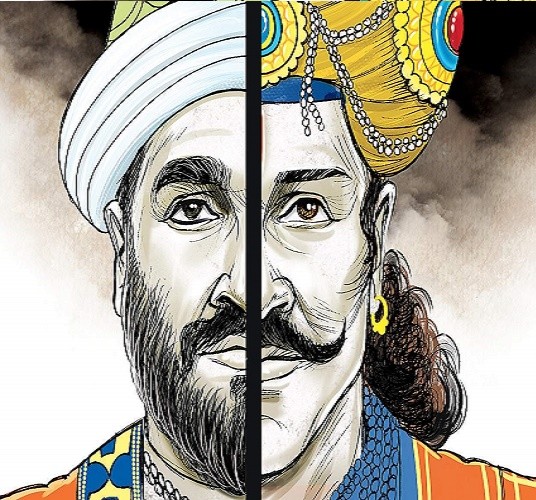 After the brutal raids, cruel conquests and unadulterated terror by the Khiljis and Tughlaks, the Muslim Sultans of Delhi, the Deccan reasserted its autonomy and reconstituted itself into two great empires— one Hindu, the other Muslim.

The Hindu Vijayanagar empire had a longer run from 1337 to 1565. The Muslim Bahmani state lasted from 1347 till 1463 (when it split into four Deccan sultanates). After the Bahmani state consolidated itself, Sultan Mohamed Shah I (1358-1375) reacted to a perceived insult by the Vijayanagar emperor Bukka Raya I (1356-1377) to wage war.

The battle was brutal largely due to the indiscriminate terror unleashed by the victorious Bahmani army. It killed lakhs of prisoners of war and civilians including women and children. At the truce meeting, Ferista, the eminent Muslim chronicler, reports that the Vijayanagar ambassadors told Mohamed Shah that:

“No religion required the innocent to be punished for the crimes of the guilty, more especially helpless women and children: If Bukka Ray had been at fault, the poor and feeble inhabitants had not been accessory to his errors. Mohamed Shah replied that the decrees of Providence had ordered what had been done, and that he hadno power to alter them. The ambassadors observed, that as the Bestower of Kingdoms had conferred on him the Government of the Deccan, it was probably that his successors and the Princes of the Carnatic might long remain neighbours, which made it advisable to avoid cruelty in war; and they proposed, therefore, that a treaty should be made not to slaughter helpless and unarmed inhabitants in future battles. Mohamed Shah … took an oath, that he would not, hereafter, put to death a single enemy after a victory, and would bind his successors to observe the same line of conduct. From that time to this, it has been the general custom in the Deccan to spare the lives of prisoners in war and not to shed the blood of an enemy’s unarmed subjects.”

In a sense, the Muslim Bahmanis adopted the Hindu rules for war and abandoned those prescribed by Islamic rules. They also refrained from imposing the Koranic requirement to levy jizya on their non- Muslim subjects. This worked reasonably well in encouraging the Hindus to tolerate Bahmani dominance. Gradually Hindus and Muslims evolved towards a more civilised coexistence. It was broken by occasional outbreaks of barbarism which served to confirm the benefits of civilized behaviour to people with different ideals.

The two empires carried their respective expansions across the Peninsular towards the East and West, till they both stretched from sea to sea and faced each other along the Tungabhadra-Krishna river border. Occasional moves across this line promptly resulted in corrective action from the other side and the line being restored. This probably explains why the Vijayanagar Empire made little attempt to expand into Telangana and liberate it from Bahmani dominance. Its own thrust was towards the South and to consolidate, strengthen and hold the river border.

However, induced by the Islamic invocation to perform jihad (holy war) at least once a year the Bahmanis resorted to an annual test of forces—usually in the Raichur Doab, where the Krishna and Tungabhadra rivers merged. This meant that for the first time Hindu armies had to be kept on permanent standing at the river border to prevent any serious breach of the accepted line of control. Yet these contests were never pushed to finality by either victorious side. It was reduced to a contest between the two armies on an accepted battlefield.

It would seem that by the time Muslim power invaded the Deccan, a realisation dawned on the Bahmanis and their successors that they could not force the Hindus to convert to Islam from their millennia-old religious, cultural and historical traditions. Neither could they eliminate the overwhelming Hindu majority which generated income and wealth.

Muslim rulers realised that they could not base their sovereignty on brute power or religious dominance but it had to rest on an accommodation with the Hindu feudal leadership based on the realisation that the subject Hindu population might pay taxes, onerous as they were, but would resist total political, cultural and religious subjugation. Conversely, the Hindu population and their leaders realised that till such time as they could ultimately eliminate alien rule, accommodation was the best strategy.

Thus contest was largely abandoned in favour of a settlement even though the expedient order that was constructed was likely to revert to chaos. Occasional revolts due to a breakdown of this accommodation by either side resulted in gross violence and demonstration of total power. These disruptive phases were temporary and quickly restored by the old accommodation or one on new terms.

But the accommodation had become a sort of morality for Hindu and Muslim rulers although it was based only on an expedient distribution of power. As a result, throughout this period, the Deccan and the South grew in wealth and income which attracted the attention of many foreign visitors.

The Bahmani Empire collapsed internally in 1463 and was succeeded by four Deccan Sultanates. The sultanates continued the Bahmani-Vijayanagar accommodation. However, the dominance of the more powerful Vijayanagar (which played one sultanate against another) was resented by the sultanates.

Finally, the accommodation broke down and Vijayanagar was defeated by the coalition of all four sultanates in 1565 and much of its territory came under the rule of the Bijapur and Golkonda Sultanates. But their policy towards their old and new Hindu subjects continued till the sultanates were destroyed by Aurangzeb by 1687.

This attitude of the Bahmani and Deccan Sultanates towards Vijayanagar as well as their own Hindu subjects over the 14th and 17th centuries spared the Deccan and the South of the gratuitous violence and depredations that the North and West of India had to endure. #KhabarLive