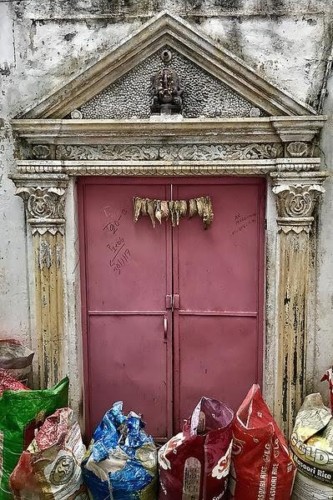 The lost valley depths of Banjara Lake are a reminder of Hyderabad’s natural heritage.

Imagine sailing on the Banjara Lake from Road Number 11 and crossing the lake to reach Road Number 10 to have chai? As you sail, you see women sitting on inverted pots bobbing in the lake picking up water chestnuts and lotuses. You’re on on the rocky edge of Banjara Lake with a fishing rod and a worm wriggling at the other end. It is very difficult to imagine, as you turn up your nose and swat the millionth mosquito buzzing about, that the festering sewage pit of Hamid Khan Kunta was ever a lake. But just 30 years ago, the lake was a living part of Hyderabad that sustained lives.

“For me it was one big playground. People used to herd their buffaloes here. Even my children learnt swimming here. Now, it is difficult to walk in the lane as there so many parked vehicles,” says Narasimhalu, a resident of Singada Kunta area. Walking on the road sloping down from Road Number 10 Banjara Hills and reaching the valley is a surreal experience.

It appears as if the houses with the tangled cables everywhere will envelop everything in their midst. But at the end of the road is an open space which is a road as well as a nalla. It is the new playground for children in the area with a community hall at the end.

“This valley is part of a series of natural lakes and reservoirs that are unique to the terrain. It begins at the the Chiran Cheruvu inside KBR Park. The overflow from the lake in the ridge flows through this natural channel and reaches the lake after filling up a number other smaller lakes. Rather, it used to,” says Anant Maringanti of Hyderabad Urban Labs who has studied the valley system.

Among the smaller lakes filled up on the path was Singada Kunta or the lake where the water chestnuts were harvested. Today, it is a shanty town that lines both sides of the valley. As the sun rises in the valley, life begins anew for school children.

There is no trace of the natural valley left; the small lakes and ponds that used to fill up during monsoon no longer exist and houses have been built into the rock faces. Hyderabad is not just losing its lakes, built heritage and rock formations, but also the natural terrain.

Every few years, the residents of Singada Kunta Basti experience what it is to build houses in a natural valley as water from the surrounding hills rushes to flood houses and sweep away shanties. The lake that is filled up by urban slush and sewage is a happy hunting ground for birds including rare black ibis and scores of other ducks and birds that thrive on the shore. #KhabarLive