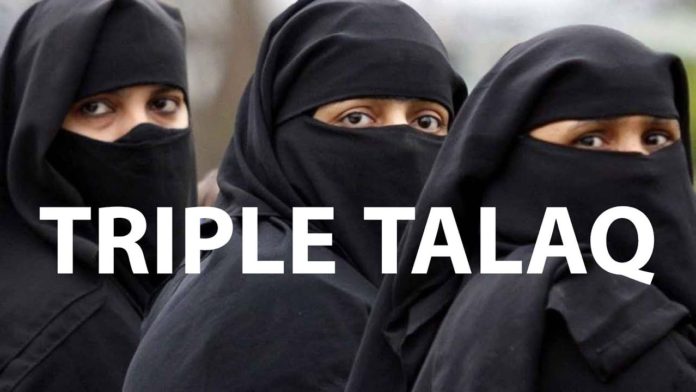 The deeply gendered and political act of rescuing women has been on full display ever since the government launched its campaign to save India’s Muslim women from the terrible practice of triple talaq.

It’s not uncommon for a group of entitled, privileged men form exclusive committees, use esoteric jargons and make pronouncements on the ordinary, lived realities of women.

The more marginalised the woman, the greater the potential for men to emerge as her “savior”. Never mind if, in the process, they have to silence her voice.

If you observe the government’s deliberations on triple talaq until now, you would know that it is engaged in mansplaining.

Actually, the knight in shining armour seeks the damsel in distress way more than the damsel seeks him. Where would the knight draw its heroism from, if not for the uneducated, socially and economically frail, and violently abused and oppressed damsel?

This deeply gendered act of rescuing women from the villain has been on full display ever since the government launched its campaign to save India’s Muslim women from the terrible practice of triple talaq. Ironically, the same government has, during this period, said that criminalising marital rape would become an “easy tool for harassing the husbands”, and that child marriage is an inescapable reality in the country. But its intentions as far as saving Muslim women cannot be doubted.

Months after an all-male bench of the Supreme Court invalidated the practice of triple talaq, the government quietly forms a committee to frame a new law that would effectively end the practice. Curiously, this was done weeks before a key state election in Gujarat. After repeatedly saying that the government views the communally loaded issue as one of gender justice and not religion, it chooses not to add the minister of women and child development to its inter-ministerial panel that would legislate on an issue directly impacting women.

Instead, what it comes up with is a hastily and shoddily drafted piece of legislation whose sole purpose appears to be to put Muslim men behind bars. According to the bill, not only pronouncing triple talaq, but even an allegation by someone (not just the affected wife) could land the husband in jail. He would be obligated to provide his wife (or is it ex-wife?) maintenance and give up the custody of his minor children.

None of this adds up. If the court has already invalidated the form of divorce, the logical assumption is that its utterance would have no bearing on the marriage. If the marriage is to continue, then what is the husband languishing in jail for? More importantly, why is he giving his wife maintenance? Shouldn’t the wife be entitled to an equal share in the matrimonial possessions, and not just a paltry maintenance? And if the couple continues to be considered husband and wife in the eyes of law, how does the wife get the custody of the minor child?

As is evident from the bill, the government does not bother to consult a single stakeholder – male or female – before drafting and clearing it, only to proudly admit in Parliament that the government did not consult anyone.

This, even as Muslim women groups — who have battled against the practice endlessly for decades working in courts and families — plead to be consulted in deliberations.

They have said it again and again on various platforms that what they sought was not criminalisation, but justice; that this bill would only make marriages more tense and insecure for the Muslim woman at a time when the entire Muslim community is taken over by a sense of siege; that Muslim women are both Muslim and women, and must not be forced to pit one social identity against the other.

But these voices are being deliberately drowned. In the name of justice, the government appears ready to penalise Muslim men, even if it comes at the cost of Muslim women’s wishes. #KhabarLive