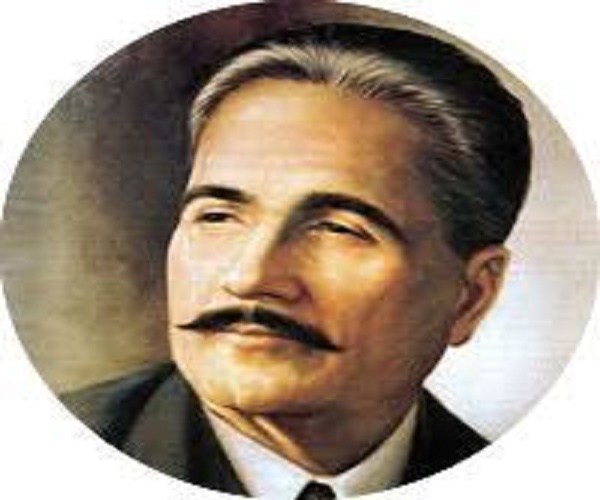 Hyderabad has a strong connect with poetry. With the city’s founder, Muhammed Quli Qutb Shah, himself being a shayer of no mean repute, the penchant for shayeri among the people is understandable. However, not many know that Allama Iqbal, one of the greatest poets of Urdu, also had links with Hyderabad.

The Shayer-e-Mashriq (Poet of the East) visited Hyderabad in 1910. Subsequently, he made two more visits and delivered extensive lectures on ‘Reconstruction of Religious Thought in Islam’ at the Town Hall, the present Assembly building. In a letter to his friend, Atiya Begum, he wrote “my visit to Hyderabad had some meaning which I shall explain to you when we meet”. But, none knows what it was.

During his first visit, Iqbal was the guest of Maharaja Kishen Pershad, the then Prime Minister of Hyderabad. Iqbal spent five days in the city and made a visit to the Qutb Shahi tombs. The full moon night and the serene ambience of the royal necropolis had such an effect on him that he penned the famous poem Goristan-e-Shahi right there. The 116-line nazm depicts in detail the helplessness of man, the inevitability of death, and rise and fall of kingdoms.

Hyderabad has a warm regard for Iqbal and the city too occupied a special place in the poet’s heart. The first ‘Iqbal day’ was observed in Hyderabad on January 7, 1938, in the lifetime of the poet.

Also, ‘Bazm-e-Iqbal’, the first organisation in the name of the celebrated poet, was set up here. The city also takes the credit for publishing a collection of his early poems for the first time. In 2010, the Iqbal Academy celebrated ‘Jashn-e-Iqbal’ to commemorate the historical trip of the poet to the city. Eminent scholars held forth on the poet’s all-time relevance and his message of humanism.

ALSO READ:  A Billion Dollar Question: Who Will Call The Shots At Flipkart After Walmart Takes Over?

Syed Khaleelullah Hussaini, eminent educationist and visionary, who is greatly influenced by Iqbal, is responsible largely for keeping the poet’s philosophy and thought alive in Hyderabad. After the merger of Hyderabad State into the Indian Union, he sought to lift the spirits of depressed Muslims through the revolutionary poems of Iqbal.

Hussaini set up an organisation ‘Bazm-e- Ahbab’ where the poetry of Iqbal was read and pondered upon. Later, in 1954, this organisation took the name of Majlise Tamire Millat. In 1959, he established the Iqbal Academy to carry out research on the poet’s works. Today, the Academy is one of the leading centres of studies on the poet. The Academy boasts of 6,000 books on Iqbal.

A recipient of many honorary doctorates, Iqbal was also honoured with a DLitt by the Osmania University in 1938. A letter written by Iqbal in his own hand addressed to Mahraja Kishen Pershad, is preserved in the Idara-e-Adabiyat-e-Urdu, the institution founded by Syed Mohinuddin Qadri Zore, for promotion of Urdu. The Idara also has letters of other eminent poets like Daagh Dehlivi and Jigar Muradabadi. Iqbal’s death plunged Hyderabad into grief. Poet Ali Akhtar beautifully captured people’s feeling thus:

Hyderabad is home to many poets, including Daagh Dehlvi, the outstanding poet who took pride in correcting Iqbal’s early poems. But, it is Iqbal alone that Hyderabadis remember week after week. Decades after his demise, he lives on. People here are eager to know more about the poet who penned the enduring patriotic song Saare jahan se achcha.

Iqbal Shinasi, the poetic session, to understand and appreciate the philosophy and works of Urdu’s best known poet is going on here without a break since October 8, 1997. Till date, a record 987 lectures have been held every Wednesday evening at Masjid-e-Aliya conference hall at Gunfoundry to gain a fresh perspective about the Shayer-e-Mashriq.

During the last two decades, every aspect of Iqbal’s poetry, thoughts and philosophy have been analysed and discussed threadbare by professors, critics and scholars. Nowhere in the world have so many programmes been organised on any poet. The credit goes to Ghulam Yazdani, senior advocate, for organising the weekly programmes in a systematic way.

For Hyderabadis the shayer-e-insaniat remains a never-failing source of inspiration. #KhabarLive