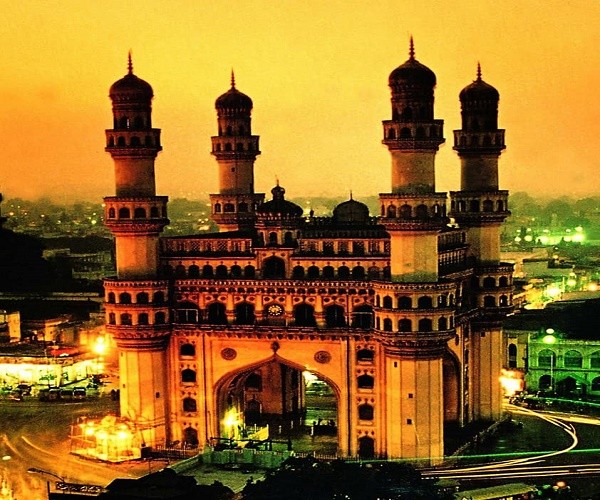 Exactly, a year ago, when Ivanka Trump Visited Hyderabad, the city was sent to a beauty salon for cosmetic make-up. Every Hyderbadi experienced righteous indignation over the superficial beautification. But hasn’t it been the case always? Hyderabad does clean up well every once in a while.

Recently, the High Court directed the government to restore the River Musi instead of ‘wasting time beautifying it’. It also directed the civic authorities to initiate penal action against the polluters of the river.

“Leave aside the beautification of the Musi river, first save it from extinction because it is already getting condensed with the widespread encroachments all around its passageway,” the bench was quoted as saying.

In Bangalore, when Belandur lake frothed at the mouth spewing toxic carcinogens into the city, the Indian Institute of Science conducted a study and found that around 90% of the lakes in the city were affected because of the “sustained inflow of untreated sewage and industrial effluents”.

Unfortunately, in Hyderabad there has been no scientific study so far and the court had to intervene. The High Court directed the State Pollution Control Board to collect water samples from five lakes and place the test reports before it.

Another cosmetic effort is being made to cap the largest dump yard of the city. Jawahar Nagar dump yard, a 350-acre land that has 14 million tonnes of solid waste dumped over the years, receives at least 4,500 metric tons of waste generated in the city of Hyderabad every day.

Needless to say, the surrounding areas are subjected to various levels of disease due to contaminated water, soil and polluted air. Leachate, the dangerous liquid oozing from the rotting dump of garbage, only a fraction of it is being treated in spite of a much-touted Public Private Partnership (PPP) contract being in place.

“We have staged protests, blocked roads, burnt effigies and raised slogans, but nothing seems to have moved government to take action,” says an activist.

At least an area of 10-km radius around of the Jawahar Nagar dump yard is declared as an environmentally hazardous zone.

Road to disease
When pregnant women have ‘miscarriages’ and young men have ‘spinal injuries’, sadly nobody suspects the roads of a city.

‘NO ROAD, NO VOTE’ campaign by a few IT professions in the Hitec City area is because of bad roads and potholes that have caused immense damage to people.

In Hitec City, several hundreds of families are deprived of proper road connectivity and vexed with the neglect, a kaccha road was laid by the residents themselves!

As a result of this ‘disease of neglect’, Hyderabad is birthing new kind of doctors. A retired railway employee christened ‘Doctor of Roads’ used his pension to fill more than 1,100 potholes in Hyderabad. The city has over 18,000 potholes identified by the Greater Hyderabad Municipal Corporation (GHMC).

This ‘Doctor of Roads’ used to spend Rs 25,000 per month to cover potholes. A city that boasts of being a startup hub, could not surprisingly think of basic contract employment for covering potholes. It seems, in Hyderabad, citizens are forced to ‘take charge’ and repair roads, fill potholes and clean drains!

A few days ago, when Urban Development Minister, K T Rama Rao himself admitted that out of 9,000 km of roads, 3,000 km have been dug for water pipe lines. He promised that STPs, sewage system, roads, metro connectivity and other civic amenities will be improved soon. He was lauded for his honest admission of not having paid attention to the civic infrastructure. But, is that praiseworthy at all?

A cocktail of death
Hyderabad is serving a deadly cocktail of bad roads, abundant liquor and little action. If we run an “#on_my_street_too” campaign (on the lines of MeToo) to highlight the liquor shops on the street, every street will appear in the papers sans doubt!

The number of liquor outlets have gone up exponentially to almost 3,000 in the recent past. With a proposal to allow ‘desi daaru’ and reduction in license fee, this number will go up. According to the Excise officials, liquor consumption in the city has increased by 25 per cent when compared to last year.

Close to 33% of 3,000 accidents in Hyderabad city involve four-wheeler drivers, and a large portion of these are attributed to drunk driving.

So how does the government propose to address this issue? Among other things, it gives a contract to a US-based startup! An app based ‘driver on call’ for drunk people in bars! I am waiting to see when “Party Hard Drivers” a company that started in 2007 with a tag line ‘You Drink, We Drive’ will be invited by the ruling government to address the issue.

Grandiose plans
‘Telangana Water Index slips to danger zone’ screamed recent reports, yet there are feeble efforts in water conservation, lake protection but the focus is on ‘grand plans’ like pumping water from hundreds of kilometers despite knowing the unviability of such plans in the long run.

Hyderabad Metro Rail which was meant to be an INR 3,000 crore project became a Rs 18,800 crore project because of time and cost overruns. It is just a matter of time before it becomes a white elephant. Multi-Modal Transit System (MMTS) Phase 2 would have been a better decision.

Strategic Road Development Plan (SRDP), a grandiose plan to build multilevel flyovers with an investment of Rs 26,459 crore is another extremely untenable plan of this government. When roads and flyovers are passé in other countries, this surely is a retro move! Nearly 50 lakh vehicles ply on the roads of Hyderabad and majority of them are private vehicles. On an average, two lakh vehicles are added every year. So why more roads? For more cars?

Hyderabad is seeing an extremely lopsided growth, just growing economically. We notice that both environmental indicators and social equity factors are completely being neglected. Can a city run only one leg of economic development?

They city is ‘fragile’ and ‘vulnerable’ to floods, excessive rainfall and excessive heat. The disease burden is very high because of water and air pollution.

The city has no ‘resilience’ to withstand Climate Change that is ravaging the world. Hyderabad ranks very low on HIGS assessment (Hazards, Infrastructure, Governance and Social Development).

The city enjoys no social equity at all. Where is universal infrastructure here in the city?
And finally, where is the science of city management?

What prevents the government from using ‘virtualisation tools’? Modelling tools that forecast future vulnerabilities and health indices based on decisions taken? Before announcing a ‘Pharma City’, why not learn from ‘Blue Dogs Phenomenon’ of Mumbai where all hell broke loose?

Why not institute studies on ‘Economic Cost of Climate Inaction’ etc.?

When smart cities were announced by the government of India in 2014, The TRS government here in Telangana felt that Hyderabad was already a smart city and preferred to opt out of the Smart Cities Mission challenge. I wonder if that was a smart decision at all! #KhabarLive