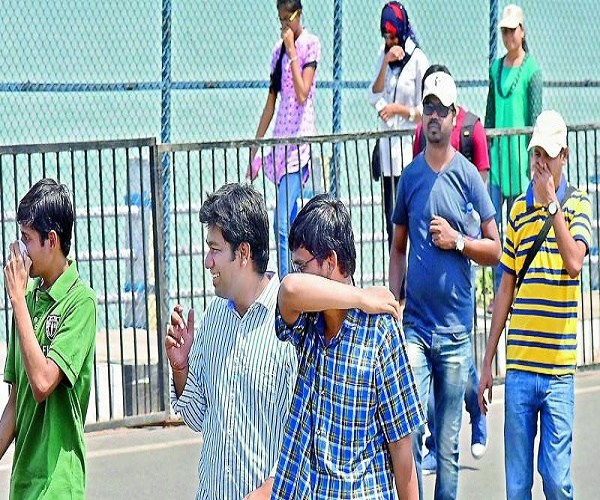 Come summer, the stink in the Hussainsagar increases giving an unpleasant experience to tourists and commuters alike. Foul smell due to piles of waste by the lakeside, says HMDA officials.

Those who have taken the Secretariat road, Necklace Road or Tank Bund during the past few days, would vouch for the foul smell emanating from the lake, notwithstanding the continuing efforts to make it odour-free.

“I took my wife and children for an outing at Sanjeevaiah Park, but could not spend even half-an-hour because of the stench,” said Sudhakar Rao, an employee. Balaji, a vendor, said that the number of people hanging out close to the lake had come down.

Besides sewage and industrial effluents, the odour is also attributed to algal bloom that worsens during summer. Increased evaporation too results in higher concentration of pollutants in the water, leading to the stench.

HMDA, which is responsible for the lake’s upkeep, however, said that the parameters of water quality in relation to odour were well within limits, due to the ongoing bio-remediation attempts for almost a year. They attributed the smell to dredged piles of waste lying by the lakeside.

Lake Protection Committee under HMDA, with representatives from HMDA, TSPCB and EPTRI, periodically checks for a few parameters of water quality as the basis for odour. These include Dissolved Oxygen, Biological Oxygen Demand, Chemical Oxygen Demand and Total Suspended Solids, which could determine if the operations being carried out by an agency, NACOF, have been successful.

“The latest reports show that all the parameters are within acceptable limits so as to arrest the odour. We are planning to increase the concentration of EM solution to tackle the situation,” an HMDA official said.

EM (Effective Micro-organisms) solution is made up of three major micro organisms, Lactobacillus, yeast and phototrophic bacteria, which eat away the odour emanating bacteria and other pollutants.

The agency that started work on April 30 last year, first sprayed EM solution on water surface and at inlet points of various nalas.

After arresting the foul smell, EM mud balls were proposed to tackle the nutrient-rich sediment at the bottom.

“A decision about whether to continue the treatment will be taken at the end of the month, by when the agreement expires,” informed the official. #KhabarLive