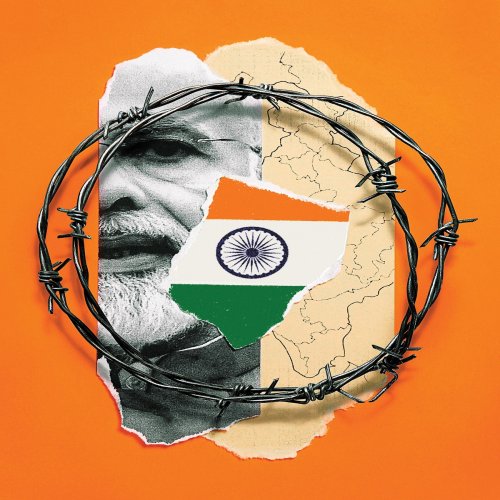 Every crisis, man-made or natural, is pregnant with political possibilities and politicians will take policy decisions based on their assessment of how their choices promote their political and personal power.

A commonplace adage of the post-Cold War era of globalisation used to be that while ‘all economics is global, all politics is local’.

The implication was that a country’s economics and politics danced to different tunes. There was one problem with this formulation. All economics is also political and since all politics is local, all economics in the end is also local.

Following the 2008-09 trans-Atlantic financial crisis, this reality increasingly dawned on politicians around the world as they turned to domestic policy levers to deal with problems that had external triggers.

Faced with a global pandemic of epic proportions, nation states are once again discovering that despite all the global dimensions to a nation’s economy, all policy is local. The talk of international cooperation is largely confined to grounded diplomats unable to accumulate flying miles and columnists with trans-border readership. The virus crosses borders with impudence, policy action remains largely limited to national initiatives, raising the profile of national leaders.

From epidemiologists and virologists to geopolitical analysts, economists and futurologists, everyone who has an opinion about how the COVID-19 pandemic will change the way we live and the world around us, is busy speculating about the future and offering policy advice. Given that most individuals and families are concerned about basic existential issues like health and food, most are willing to place their trust in doctors, gurus, political leaders and government officials to take care of them. They assume that professionals and policy makers will take rational, informed decisions that will help bring everyone out of the current impasse.

It is worth testing the hypothesis that during wars and pandemics, the trust of common folk in those in positions of power goes up. In a war, people may normally expect generals at the frontline to be taking rational decisions that would minimise loss and maximise gain. Similarly, in a pandemic, most would expect doctors and health care professionals to take informed decisions with the welfare of all in mind.

The problem with these assumptions is that generals and doctors are not the only decision-makers during wars and pandemics, respectively. More often than not they are forced to take decisions that have the approval of their political masters. That is how politics and political considerations enter policymaking during crises.

Economists familiar with crises know this only too well. The economic crisis of 1991 was largely a consequence of the political choices that V.P. Singh and Rajiv Gandhi made, while its handling and resolution was a consequence of the political choices that Chandra Shekhar and Narasimha Rao made. Each Prime Minister viewed the economic choices he had to make through the prism of politics and power.

When the political leader in power takes a call on professional advice offered to him, the question uppermost in the mind of the politician is “how will my power be affected?”

One can cite many more such examples. The reasoning was once explained to me in very simple terms by one of my revered gurus, the late K. Subrahmanyam, a defence and strategic policy expert and convenor of the first National Security Advisory Board (1998-2001). Be it a democracy or a non-democracy, the last word on any state policy that impacts society is that of the political leader, Subrahmanyam would say. Professionals and civil servants offer the best advise they can but it is the politician in power that takes the final call. This is obvious. The Subrahmanyam theorem, following this commonplace observation, was that “all policy is, therefore, about politics”.

In other words, when the political leader in power takes a call on professional advice offered to him, the question uppermost in the mind of the politician is “how will my power be affected?” Be it an economic policy choice, a decision to go to war, a foreign policy initiative, whatever decision a politician has to take she takes it mindful of the political consequences to the person taking that decision.

I remember how during the domestic political debate on the US-India civil nuclear energy debate foreign policy analysts and nuclear strategists wrote extensively in the media on various aspects of the agreements under negotiation. The government was being asked to keep the national interest in mind, or commitment to principles like non-proliferation and disarmament in mind, or the nation’s energy security in mind, or India’s geo-political interests in mind, and so on. Subrahmanyam would only add an additional consideration for the man who had to take the final call – keep your political survival and legacy also in mind!

If all policy choices are about political power, it is worth remembering that be it in international affairs or external economic policy, heads of government always remain alert to the domestic political consequences of external policy decisions. Once again, this simple proposition should be fairly obvious to most. However, professionals offering policy advise do not always appreciate this.

Thus, in trade policy negotiations, for example, economists would tell politicians in power the most rational policy choice to make, but the politician’s final decision would be made on the likely domestic political fallout. Indeed, this would often be true even for decisions relating to waging war. Would a war before an election be helpful or hurtful? Generals in uniform may put forward all kinds of technical information for the head of government to make up his mind, but the politician in that person will take a final call based on personal political costs and benefits.

If all policy is political, how can the management of the pandemic not be? So those who say that policy decisions relating to COVID-19 management should be devoid of politics and that the nation should unite as one are either being deliberately disingenuous or simply naïve. Every policy decision pertaining to COVID-19 management at home, and internationally, is deeply political. And, since it is political, it is about power. For Xi Jingping and Donald Trump, Narendra Modi and Boris Johnson, for every political leader, their pandemic management policy has had political consequences. It has, for this reason, implications for their hold on power – at home and internationally.

It is not, therefore, surprising that internationally COVID-19 has got embroiled in US-China geopolitical and geo-economic conflict, and at home it has become tangled in domestic politics. While public-spirited analysts call for revival of multilateralism, of cooperation between nations, of rejuvenating the UN system, and so on, both President Trump and President Xi would be focusing more closely both on their own short-term political career and on the medium impact on global power politics.

The United States has been engaged in a geo-economic containment of China and China has been pursuing a policy of emerging as a hegemonic power in Asia before challenging US dominance globally. It would be naïve to expect the US or China to approach the solution to the pandemic from any other perspective than one defined by its national power calculations and President Xi’s own efforts to retain his individual power and that of the communist party.

Similarly, at home, whatever Narendra Modi may say about ‘cooperative fedralism’, all his unilateral policy actions, his populist appeals to social solidarity and his government’s bullying of state governments are part of a political narrative aimed at retaining his dominant position in national politics. It is only natural that when the Centre places West Bengal under the scanner for COVID-19 management, state chief minister Mamata Banerjee should react with anger, accusing the Centre of infringing state rights.

Both the foreign policy and domestic policy choices that prime minister Modi makes and the opposition political parties’ response to them will be defined by their respective political self-interest. Every crisis, man-made or natural, is pregnant with political possibilities and politicians will take policy decisions based on their assessment of how their policy choices promote their political and personal power. #KhabarLive