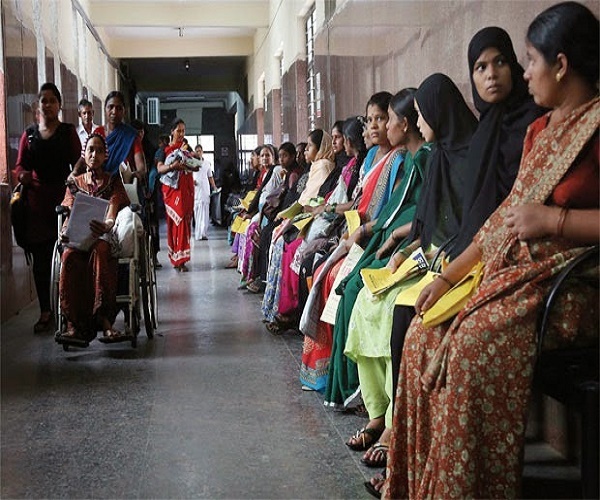 For the women who donate eggs, the lure of easy money often turns into a death trap. When Yamuna Reddy visited New Life India Fertility Clinic in Hyderabad with the intention of donating her eggs, her concern regarding donation was more or less around its returns.

After all, the 23-year-old was desperately in need of Rs 25,000. The procedure that began on 8 January made her unwell. After the final round, she fell unconscious. Soon complications erupted and within a few hours she was declared dead.

Yuma stands testimony as the one among many invisible voices behind India’s growing stature in medical tourism. As infertility clinics mushroom all over the country, such cases are barely a blot on the babymaking factories.

However, Yamuna’s death raised more than eyebrows. For instance, the timely intervention made by Sama, an ngo that deals with women and health issues, and organisations such as the All India Democratic Women’s Association, sparked debates about the regulation of assisted reproductive technology (art) clinics.

“The lack of informed consent is a grave concern,” says Dr Swati Mamula, an assistant professor of social medicine. “Most women who approach clinics as egg donors are from socially and economically backward classes. As a result, imposing a blanket rule against undertaking such methods that provide money is not possible since the choice must be left to the donor. In such cases, a piece of paper demanding the signature of the donor becomes pointless unless the procedure and its risks are explained suitably.”

She elaborates this point by narrating an incident that happened. “Two years ago, I was approached by a sanitation worker at jnu for medical advice on egg donation,” he recalls. “An agent had approached her with the suggestion of donating eggs for money and because she was in touch with a friend of mine, she had asked about the procedure. I gave her a detailed explanation of the what and the how of the procedure without forcing her into any decision.”

ALSO READ:  A Letter To The Bright Indian Student

If Yamuna’s death raised eyebrows, the case of Sushma Pandey, who died at Infertility Center, on 10 August, was devastating and ambiguous at various levels. The circumstances leading to her selection itself became murky when her parents denied any knowledge of their 17-year-old daughter donating eggs. With the help of agents and a fake pan card, Sushma was led to donate thrice with the promise of a sum of Rs 75,000.

However, as soon as Sushma died, the money and the agents vanished. A subsequent investigation was so botched up that the court hearing the case reprimanded the police officers for their slow proceedings. Further, Dr Gautam Allahabadia, the director of Infertility Center, denied any knowledge of Sushma being underage.

During the court proceedings, the major participants were let off. Sushma’s mother was quoted as saying, “In three years, I have cried many times thinking of my daughter. I want justice for her. She was young, naive and somebody took advantage of that.”

Yamuna and Sushma were not exploited without the larger involvement of the respective clinic. Deepa Venkatachalam, programme coordinator at Sama, underlines the clinic’s role in Yamuna’s death. “When Yamuna’s husband Sanju Reddy filed a case demanding the post-mortem and viscera reports, not a single report was produced at the court,” she says. “Neither did we get a copy of the informed consent form.”

It was later discovered that the clinic was not registered with the Indian Medical Council.

If clinics such as New Life functioned without registration, luxury clinics such as the Infertility Center thrived on clever marketing. A cursory glance at its website reveals the clinic’s methods of subtle manipulation of patients. Touted to be the first iso-certified infertility clinic in the country, the clinic’s website has a set of advertisements highlighting the clinic’s achievements along with easy payment options. With such attention to detail, it is tough to understand how Sushma’s age went unnoticed. Ironically, Dr Allahabadia is one of the drafters of the art Bill set to be tabled in the winter session of Parliament.

If the deaths of Yamuna and Sushma were a consequence of unregulated infertility clinics, the case of Anitha Jayadevan highlighted a different, but alarming angle.

After failing to conceive, Anitha and her husband Jayadevan approached cimar infertility clinic in Warangal for infertility treatment. After repeated doses of Intra Cytoplasmic Sperm Injection to ensure the conception of a baby from the sperm and ova collected from the parents, Anitha conceived twins. However, with the onset of complications, the pregnancy was terminated.

As Anitha had suspicions about the ova used, they proposed a dna test of the aborted foetus. The subsequent findings revealed the use of donor ova. Later, the hospital authorities accepted that donor ovum had been used but claimed that the couple themselves had asked for it in utter secrecy. The hospital authorities further added that it was this secrecy that prevented them from having a formal record of consent.

Though Anitha valiantly decided to fight a legal battle seeking compensation, the psychological trauma inflicted by the clinic led her to pen her ordeals. Originally written in Malayalam, the book was translated into English. Titled Malicious Medicine: My Experience with Fraud and Falsehood in Infertility Clinics, the book is a moving account of Anitha’s engagement and battles with the clinic. Apart from providing an insight into her personal experience, she lends her voice to the regulation of infertility clinics.

Apparently, anitha’s case is not an exceptional one. “Mixing or switching of gametes have been occurring at various clinics,” says Dr Sunita Reddy, a medical ­anthropologist. “During my study of surrogate women in Hyderabad, an embryologist had told #KhabarLive, how the samples were collected in a haphazard manner, causing possible switches. In other countries, there is a compulsory dna test that ensures the presence of genetic material from any one parent. But in the absence of any such compulsory test here, no one ­really knows.”

In addition to egg donor-related deaths, complications that hinder women who undergo infertility treatment at the hands of inexperienced doctors is a serious situation.

On 9 January, Hemavati, who had been admitted to Tripti Nursing Home in the city for a minor surgery to ­rectify infertility. What was supposed to be a ­simple laparoscopic surgery ended in a fatal outbreak of complications such as cardiac arrest, leading to the patient’s death. Dr Latha Inamdar, who did the ­surgery, was quoted as saying that no patient had ever died during such a procedure.

Though Hemavati’s sudden death baffled ­experts, her cardiac arrest suggested the possibility of the doctor pumping excess carbon monoxide into her abdomen. This suggested that the doctor was inexperienced.

“That is an obvious possibility,” says Dr Reddy. “Most of the fertility specialists in India are gynaecologists. After a few years of practice, they learn some basic art methods and set up clinics in metros or smaller cities.

In India, art clinics are set up by a duo, such as husband and wife, and in some cases, brother and sister. In one such scenario in Hyderabad, it was a lawyer-doctor couple who managed the infertility clinic. Such kind of pairing helps the clinic deal with possible legal tangles.” #KhabarLive